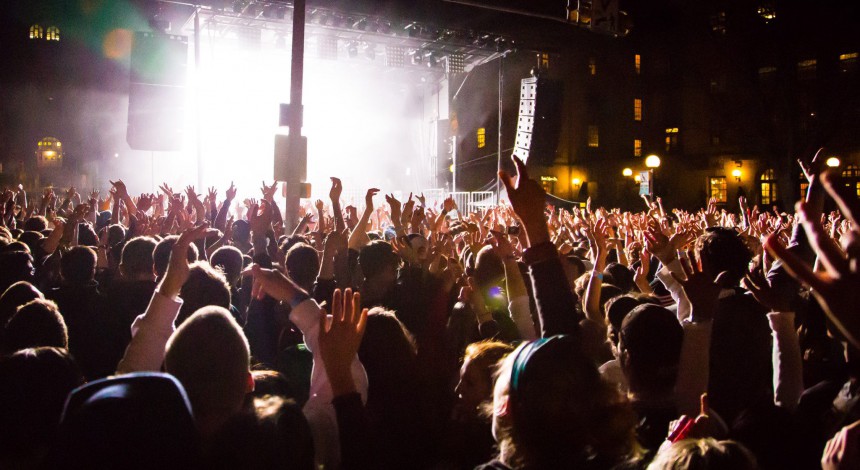 The Chainsmokers, composed of NYC-based disc jockeys Andrew Taggart and Alex Pall, has emerged as a veritable icon of EDM. With singles like “#SELFIE” and “Kanye” that scream irony in the face of a self-absorbed culture, the pair promise to bring an uncompromising level of noise and party to Revelry this Saturday.

Relatively simple young men with their own bro-hip brand of indie — Taggart studied at Syracuse while Pall studied at NYU— they’re pursuing a career in the art world. They came together to form the Chainsmokers in 2012, compiling remixes of indie bands and developing a creative and nuanced brand of house music.

It’s obvious from their music that despite the relatively unchanging rhythm of brain-numbing and soothing beats, the Chainsmokers easily incorporate a broad range of experimental noises.

“We both grew up listening to lots of different genres over the course of our childhood and teenage years, so that has probably shaped our eclectic taste in music, particularly for good melodies and vocals,” Pall said in an email to The Badger Herald.

Essentially the duo uses pop indie songs like those of Neon Trees, BANKS and Bastille and turns them into club favorites. On the rise, their own mold of EDM adopts the sardonic, hipster style of Generation Z and redistributes it to the past-midnight rave crowd. And it’s good stuff.

In their website bio, they call themselves “aggressively handsome” and “furry-browed individuals.” If this isn’t enough of a reason to feel strongly about them on either side of the spectrum, I’m not sure what is. That being said, their dedication to music relies on an admirable sense of awareness. They reach beyond their own sphere of influence, gauging what is truly popular in the industry and redefining it as their own.

They bring to their performances an obvious zeal, creating an energetic atmosphere that fits the hype.

“We of course as performers want to show them a good time and hopefully a show that’s unique to us and the music we make,” Pall said in the email.

As far as Revelry goes, they’re excited to be back in Madison, front lining a university-centered event.

“It’s a seriously beautiful school, awesome sports, the KK bar is always poppin’, girls are hot, what’s not to like?,” Pall said in the email.

Typical studs, Taggart and Pall promise to bring an explosive energy to Library Mall, not dissimilar to “a dog running through an electric fence before it knows the electric fence exists,” the pair said in the email.