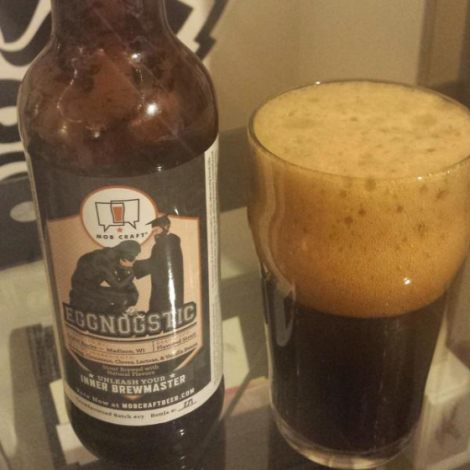 When Henry Schwartz says he has an idea brewing, he means it literally. Schwartz is one of the trio of founders of the nation’s first crowdsourced brewery, MobCraft Beer.

Each month people submit beer ideas and then solicit votes for their beer. The brew with the most votes — in the form of pre-orders — gets brewed in a limited quantity at the House of Brews in Madison, Wisconsin.

What’s On Tap: Drink local ‘green’ beer made with solar panelsA handful of Wisconsin breweries are striving for the top reputation in sustainability. Lakefront Brewery was the first in the state to receive Read…

The brews themselves can sometimes appeal to the more adventurous beer drinkers. For example, one beer I had was fermented with ghost chilies.

“Seeing people getting jacked and being in the brewery, stirring in the mash, bringing their family and brewing with us is the best part,” Schwartz said.

Crowdsourcing beer with MobCraft is much more than just pitching an idea and having it brewed. Schwartz and the other co-founders establish a connection with the winners by having them go into the brewery and work hands-on with the brewing process.

When Schwartz would homebrew with his buddies back in college, they often wondered what it would be like to have a brewery make their beer. Now Schwartz and his co-founders are that brewery for people wondering the same thing. 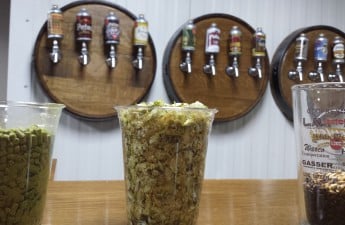 What’s On Tap: Local porter dances on tongues of clear beer drinkersIt’s a common experience for breweries to go over their price estimations for expansion. I write this because I don’t want Read…

As if crowdsourcing beer wasn’t hip enough, Schwartz has the background of running a skateboard shop, too.

“Seeing the kids wearing the shoes or using the decks they bought from me at the skate park — I love to see that same excitement with people who come up with beer,” Schwartz said.

MobCraft Beer uses the crowdsource model of brewing to allow for an incredibly fun and deeply collaborative partnership with idea submitters. They turn collaboration into friendships, caring deeply about the connections they make with those in the community.

Taylor Rucks, who submitted MobCraft’s 17th crowdsourced batch, did so in tribute to his friend, Aaron, who passed away from colon cancer in 2014. MobCraft was more than happy to donate part of the beer’s proceeds to Aaron’s fund. 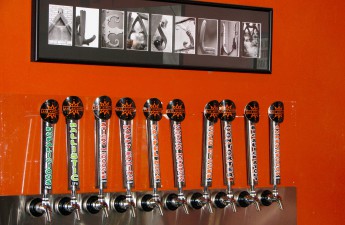 Schwartz and his friends make it clear crowdsourced beer isn’t just for those who have an adventurous beer palate; it’s for those who wish to unleash their own inner brew master and who want to make some beer-loving friends along the way.

For this week’s column, it shouldn’t be a surprise I poured a glass of the beer inspired by Aaron…

Vanilla-based scent layered with spices, cloves and a dash of French toast

Intense flavor of roasted malt while the cloves and vanilla beans battle it out on the taste buds. This brew leaves you with an earthy, but smoothly light tingle.

With time and at a luke-warm temp, the cloves come out to play while the maltyness tastes a bit watered down. Thankfully, the nutmeg and cinnamon remain to give it the sweetness of a good stout.