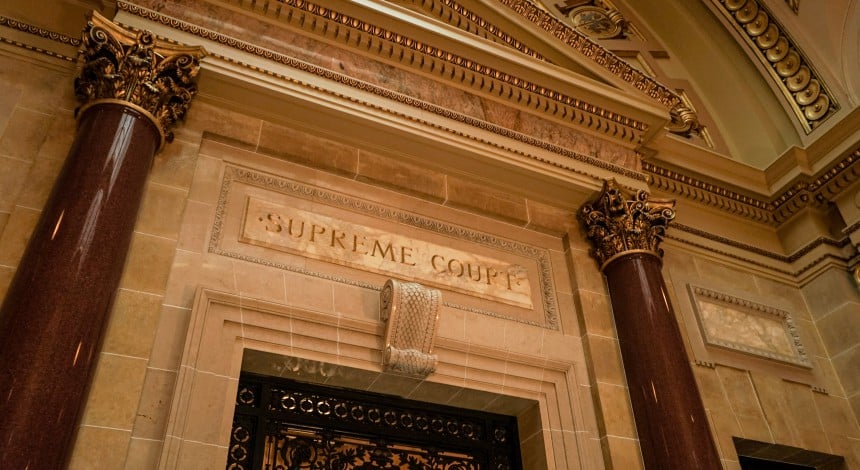 The Wisconsin Supreme Court selected a Republican-drawn redistricting map April 15 after much back and forth deliberation, which will give GOP lawmakers an electoral advantage for another ten years. Justice Brian Hagedorn, who originally sided with liberals in the issue, joined conservatives in the 4-3 ruling.

Justice Hagedorn said that with the time and legal restraints from the United States Supreme Court, the GOP map was the only realistic option. He went on to explain that the selected proposal “was represented as race-neutral in its construction.”

A complicated series of political and legal rulings led to this decision, which will have grave impacts for the future of electoral processes in Wisconsin.

March 23, the U.S. Supreme Court rejected Wisconsin’s redistricting map that was approved by the Wisconsin Supreme Court a few weeks prior. The map, drafted by Governor Tony Evers, most notably would have created a seventh Black-majority district instead of the original six in Milwaukee.

This provision is motivated by the Voting Rights Act which stipulates that if an area meets specific requirements about the concentration of minority voters and political cohesiveness, a majority-minority district must be created. These districts are intended to prevent the dilution of the voting power of marginalized groups and increase their opportunity to participate meaningfully in elections.

Every ten years, states are required to redraw voting districts in order to adjust for population changes. Interestingly, the State Court decided that instead of redrawing the maps themselves, they would accept submissions from four different parties, and choose the best to adopt for the 2022 elections. The decision would be based on criteria of least change and compliance with redistricting laws. 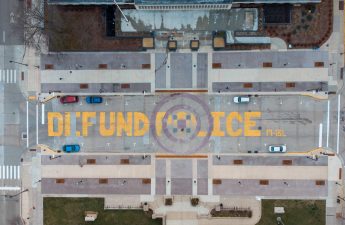 Letter to the Editor: Madison must defund its police, refer funds to community programsWhen George Floyd was killed in May 2020, Madison, like the rest of the country, saw a summer of spirited Read…

The State Supreme Court adopted Evers’ redistricting map in a surprising decision where Justice Brian Hagedorn, a conservative, sided with the three liberal justices in the ruling. In his opinion, he explained that though he could not claim with certainty that seven Black-majority districts were necessary because of language in the Voting Rights Act, they were permissible. Because of this and because all other criteria were met, Evers’ map was accepted.

The Republican-controlled Wisconsin legislature appealed this decision to the U.S. Supreme Court on the basis of a violation of the 14th amendment’s Equal Protections Clause. Conservatives argued that because “the court selected race-based maps without sufficient justification,” the Supreme Court should reconsider. The Supreme Court sided with the Legislature, thus sending the issue sent back to the State Court for reconsideration.

Majority opinions in the Supreme Court ruling said that since Evers primarily used race to justify the composition of his redrawn maps, they needed to survive strict scrutiny, the highest level of judicial review, to be proven constitutional and in accordance with the Equal Protections Clause. But, the Court did not stipulate whether or not the maps were constitutional, stating only that the State Court did not sufficiently apply strict scrutiny.

The dissenting opinion, written by Justices Sonia Sotomayor and Elena Kagan, vehemently disagreed with the legal justifications for this decision.

First, they explained that in order to argue that the maps needed to survive strict scrutiny because of the Equal Protections Clause, the plaintiff had to prove “race was the predominant factor” in redistricting decisions. This was not the case because the State Court considered the “least change” factor heavily, and because it is unclear who must be held to this standard — should it be Evers, who drew the maps, or the Wisconsin Court, who accepted them? 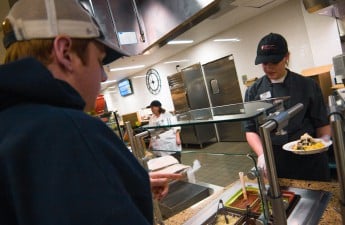 Due to this lack of clarity surrounding race-based redistricting, the dissenting Justices could not verify that the requirement to fulfill strict scrutiny was or was not justified. In this case, the Wisconsin legislature could not prove that the Equal Protections Clause could be applied to prevent a decision based on race from being made.

Now, with the recent map selections, it is predicted that Republicans will have a distinct advantage in elections for another decade. According to an analysis from John Johnson of Marquette University, in a tied election, Republicans would win about 63 of 99 Assembly seats and 23 of 33 Senate seats.

The significance of this decision extends beyond the details of complex legal precedents and has the potential to impact the political power of minority voters for a long time.

The practice of gerrymandering itself is not exclusive to any one political party. Republicans and Democrats alike have been known to manipulate electoral districts to benefit incumbents and increase chances of reelection. But, nationally, Republicans control redistricting power for more than double the seats that Democrats do.

Minority voters are typically organized into unfair districts in one of two ways. They are either packed into a single district to limit their political influence to one district as opposed to multiple, or they are dispersed into multiple districts when their influence would have been stronger as a cohesive body in just one.

This has particular implications for Black voters who show consistent, loyal support for the Democratic party. In other words, Republican incumbents have a political reason to dilute Black political power in order to maintain political influence.

Considering the history of Black disenfranchisement, the action of reducing Black political power to increase Republican reelection chances is inherently a racial issue. Centuries of oppression in addition to complex systems designed to take away voting rights from Black Americans cannot be ignored.

Republican performances of “racial neutrality” in drafting districting maps are insidious at their worst, and misguided at their best. Conservatives often insist that they believe race should not be a factor in deciding how redistricting maps are drafted. But, this stance completely neglects important histories and social conditions that have materialized as a result of racial discrimination.

By ignoring clear and persistent efforts to dilute Black voting power and given the impact this has had on American social conditions, conservatives are erasing realities of marginalization that must be considered in order to create truly fair electoral districts. In other words, enacting affirmative racial policies in a system that has historically enacted discriminative racial policies is completely justified. Redistricting has always been about race.

The ACLU of Wisconsin denounced the adoption of the Republican redistricting maps, saying the extreme gerrymandering behind them will dilute the power of voters of color and insulate conservatives from public accountability. These impacts all represent threats to a healthy democratic system.

Furthermore, the U.S. Supreme Court put immense pressure on the Wisconsin Supreme Court. The old districting maps were from 2011, so it would have been illegal to use them for elections in 2022. By refusing to offer a concrete decision on the constitutionality of Evers’ maps, the Supreme Court forced the State Court to choose the best solution — regarding electoral maps that will stand for another decade — in a matter of weeks.

The Purcell principle is an unofficial precedent of the Supreme Court to not make decisions surrounding elections right before they take place in order to avoid confusion. The recent ruling is a direct violation of this principle, because with elections only a few months away, ballots are being drafted and campaigns are beginning, but voters and candidates are unsure where electoral districts stand.

The bottom line — creating a seventh Black majority district in Milwaukee should have been done. It would have given Black voters the political power they need to be represented in a system that disproportionately benefits conservative policies that seek to maintain the status quo.

In this area in particular, this has often presented itself as the marginalization of people of color through redlining and housing discrimination. The recent decision is a sobering warning that should not stand uncontested. As the ACLU statement proclaims, “attempts to dilute votes in legislative districts must not discourage people from exercising their franchise and making their voices heard.”

Ultimately, current electoral systems are decidedly undemocratic, as the institutional processes we use to decide who gets elected are often bent to maintain incumbent power. Combating this through affirmative redistricting could help give Black voters in Milwaukee, and elsewhere, the political opportunities all Americans are constitutionally entitled to.