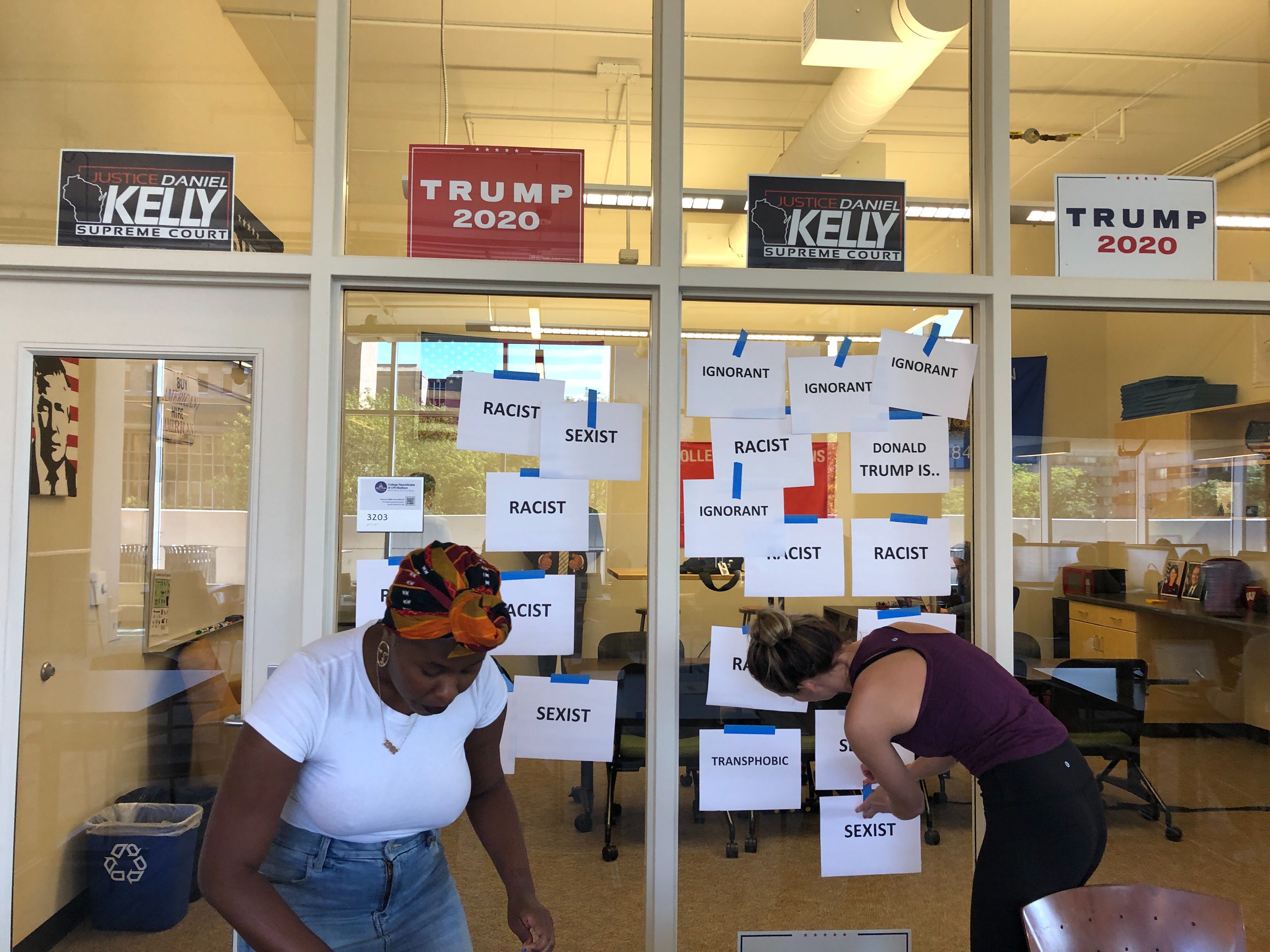 In today’s politically polarized society, many people don’t agree with each other. This is especially prevalent on college campuses, where organizations such as the College Republicans hold views that are considered unpopular among many students.

The College Republicans at the University of Wisconsin occupy an office in the Student Activity Center, right next to the front desk on the third floor. Their glass walls contain signs which read “Trump 2020” and “Justice Daniel Kelly Supreme Court.”

As this act took place, College Republicans chairman Ryan Christens began to take down the signs. Kiah continued to replace the signs, saying she would come back every day to put them up, as it was an act of freedom of speech. 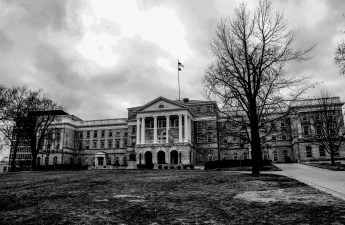 Once all of the signs were taped back up, Kiah left and Christens took all of them down again. In response to the incident, the College Republicans tweeted a video of Kiah taping up the signs condemning her actions.

In an official statement to The Badger Herald about the incident, UW Director of News and Media Relations Meredith McGlone said the university’s policies prohibit unapproved signs in public spaces. Therefore, the incident is currently under review by the Office of Student Conduct and Community Standards.

In one respect, Kiah may have taken things a little far. While we are all entitled to our own opinions regarding the president, I don’t feel that placing those signs on the walls of a student organization helps to achieve much, though Kiah stated her goal was not to make a statement, rather it was an act of self care.

More importantly, though, I think the way the College Republicans responded to the incident in their tweet was extremely inappropriate and uncalled for. Saying that Kiah was “in complete hysteria” is completely inaccurate, as the video depicts Kiah calmly taping the signs up.

Furthermore, the tweet described Kiah as an “intolerant student”, and labeled her act as “another example of total intolerance from the left.”

Claiming that Kiah was “in hysteria” is completely unnecessary and untrue, and generalizing those with liberal views as “intolerant” because of one student’s choices is neither effective nor correct.

This tweet is a perfect example of what many consider to be one of the main problems with President Trump’s rhetoric. Trump will often nickname those who disagree with him, and he often makes broad generalizations about groups of people.

An example of this is his consistent use of the nickname “Crooked Hilary,” and the chants he often reinforced at his 2016 rallies such as “Lock Her Up.” In addition, he has famously referred to Mexican immigrants as rapists and drug dealers on numerous occasions.

Despite one’s political party, attacking others with name calling and generalizations is not the way to go about inciting change. If the College Republicans truly feel that what Kiah did was wrong, then they should have said that in plain words, rather than craft a tweet playing into the stereotype of the “intolerant left.”

If we as a society want to “respectfully discuss ideas” with one another, as the College Republicans suggested, then that means recognizing that one incident is not representative of an entire group of people. Feeding into stereotypes through tweeting about a student’s “hysteria” as an example of “the left’s intolerance” is just uncalled for, and creating open discussion about politics cannot be achieved through making generalizations about those with whom you disagree.