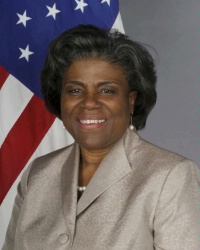 United States Ambassador to the United Nations and University of Wisconsin alumna Linda Thomas-Greenfield will be the keynote speaker for the UW spring commencement.

Thomas-Greenfield, who received a master’s degree from UW in 1975, said her time at the university helped her reach new heights in her career during her honorary doctorate acceptance speech in 2018. At UW, Ambassador Thomas-Greenfield researched political science in Liberia as a scholar of Africa in the Department of Political Science.

“I know that what I’ve achieved in my life is the result of the extraordinary education I received at this university and the connections I made here,” Thomas-Greenfield said. “All the major milestones in my life would start here on this campus.” 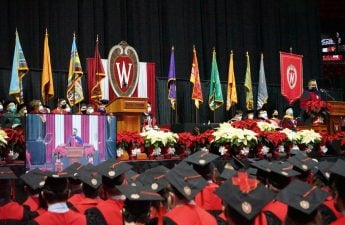 “She’s right in the middle of so many of the important events going on, especially the war in Ukraine,” Cannon said. “I’m sure she’ll be able to give the students some insight into American Foreign Policy and the role of the United Nations.”

President Biden nominated Thomas-Greenfield for her current position in 2020 and she was confirmed as the 31st U.S. Ambassador to the United Nations a little over a year later. According to UW News, senior class president Pranav Srivastava said the graduation class is “beyond grateful to have her impart her wisdom on the Class of 2022.”

Thomas-Greenfield also launched the Mandela Washington Fellowship for Young African Leaders in 2010, which UW has hosted for the past four years, according to the UW International Division.

According to Canon, Thomas-Greenfield’s range of experience will foster a speech crucial to current global affairs.

“I think it’ll be a very interesting talk for the graduating seniors to hear her take on what’s going on around the world right now,” Canon said.