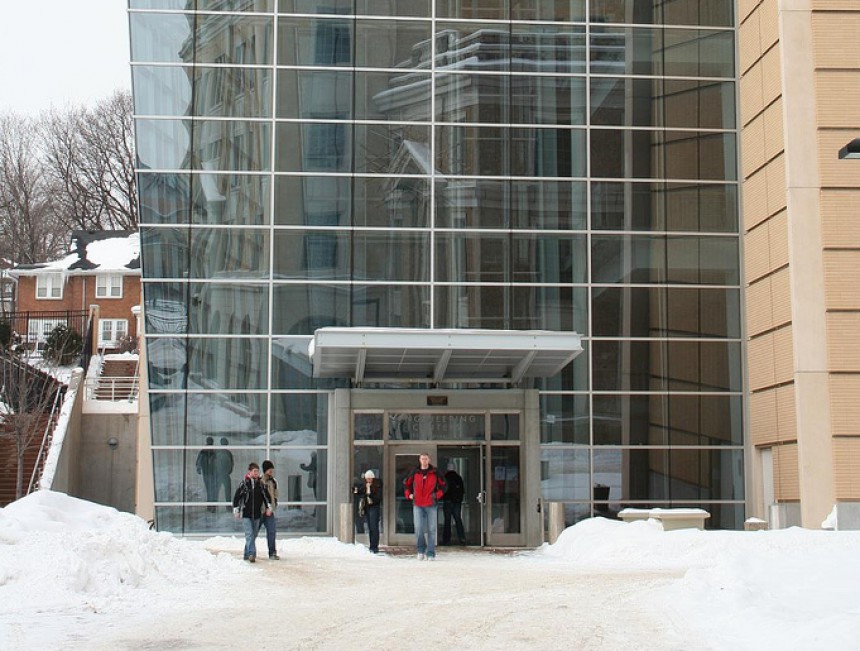 The Lab Report: Every week, The Lab Report takes a deep dive into the (research) lives of students and professors outside the classroom.

Somewhere along the Mississippi River, a blissful current whips around an array of water turbines. Thousands of spinning blades chop the water current in unison, scattering the flow and sapping its energy in complex ways even supercomputers have trouble simulating. These water turbines are optimized for isolated performance, but understanding how they interact with each other under confinement has large implications for the array’s efficiency. This is the question that drives the research at the Computational Flow Physics and Modeling lab, headed by Jennifer Franck.

The Computational Flow Physics and Modeling Lab works on computational fluid dynamics, a blend between physics and math that seeks to model how fluids like air and water move around different things, Franck said.

An assistant professor of engineering physics at the University of Wisconsin, Franck received her PhD from the California Institute of Technology in computational fluid dynamics, hence her interest in the field. Franck’s first research interest was in the aerospace field and its traditional applications.

Franck said traditional applications of the field include simulating airflow around an airplane wing and designing an airplane wing that is both efficient in generating lift and fuel-efficient by minimizing drag. 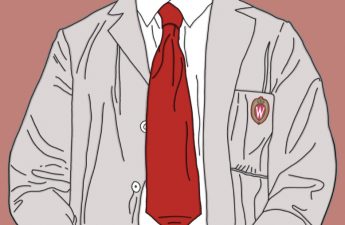 Franck said the goal was to optimize the design for various applications.

“You can think about a large airliner that you fly on, or you could also think about a small micro air vehicle that the military might use, for example, for traversing terrain [that is] dangerous for manned pilots,” Franck said.

Spinning off of this, Franck said she transitioned her research to the role of physics in renewable energy. Her current project looks at how fluids move around either air or water. She is looking at wind and water turbines and hydrokinetic energy.

“[Hydrokinetic energy] can be thought of as booms under the water or as the air that moves with the turbine that is hooked up to a generator to generate electricity,” Franck said.

Rather than focusing on product development, Franck’s lab uses equations and computers to simulate the flow around a turbine blade to figure out what the flow is doing, and how they can utilize that information to make blades efficient, generate more power or see what the effects are to the surrounding environment, Franck said.

Franck’s lab uses computational methods in order to capture the fluid dynamics of proposed cross-flow turbine arrays. One tool is OpenFOAM, a computational fluid dynamics software where a flow can be simulated on an object in the boundary conditions the user specifies. This allows Franck to determine valuable information about a turbine array’s performance without putting a full-sized one in a water or wind tunnel. 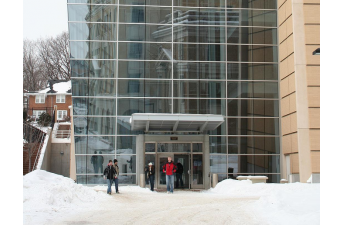 The Lab Report: Computational Flow Physics and Modeling Lab explores fluid dynamics of turbine arraysThe Lab Report: Every week, The Lab Report takes a deep dive into the (research) lives of students and professors outside Read…

Franck works closely with undergraduate students in her research, and there are currently three working for her in her lab.

“I’ve had undergraduates working for me since I’ve arrived here,” Franck said. “They’re part of the group, they’re part of my research enterprise. They’re learning through research and contributing to my program.”

Vineet Pasumarti, a sophomore majoring in mechanical engineering, is one of the undergraduates in the lab.

“Dr. Franck has always been very supportive and puts very little restrictions on what I’m doing in the lab,” Pasumarti said. “She’s provided me with lots of opportunities to work on things that are above my skill level. Because of her willingness to give me these opportunities, I’ve learned so much already, at a level that’s beyond my current undergrad education.”

Pasumarti said what’s most exciting about his research is the fact that he’s doing what no one else is. While there are a lot of other labs at other schools that are working on similar research, what he and Franck are doing hasn’t been done yet. They are always discovering something new.

Cross-flow turbines are useful tools for generating electricity. Pasumarti and Franck’s research focuses on the manipulation of cross-flow turbines and understanding how they interact with one another in arrays in order to optimize the performance in a confined flow.

“Cross-flow turbines are unique in that they can achieve high performance when in proximity to boundaries like in a river or tidal current and they can interact favorably with other neighboring turbines,” Pasumarti said.

Dane County, Madison, Slipstream to improve energy efficiency at City-County Building through federal grantFeb. 1, Dane County, the City of Madison and Slipstream, a climate change nonprofit, received a grant from the Department Read…

Pasumarti said that there is an obvious opportunity to use cross-flow turbines as a means of generating electricity. But, determining how to exploit the confinements of these turbines and the interactions between turbines because their unsteady fluid dynamics is complicated.

Pasumarti and Franck each have prior experience with renewable energy and turbines. Pasumarti has been researching renewable energy and turbines since high school when he helped manufacture and test a variety of Gorlov helical turbines in a water tunnel at the College of New Jersey. Franck has been researching this topic since her time at Brown University, which she left in 2018.

Franck has spent the last three years at Madison developing projects related to renewable energy. By the end of her career, Franck said her goal is to see the technologies she’s working on now, that are still in the research stage, in the water and making energy, and for people to see her research as a more commonplace mechanism for energy generation.