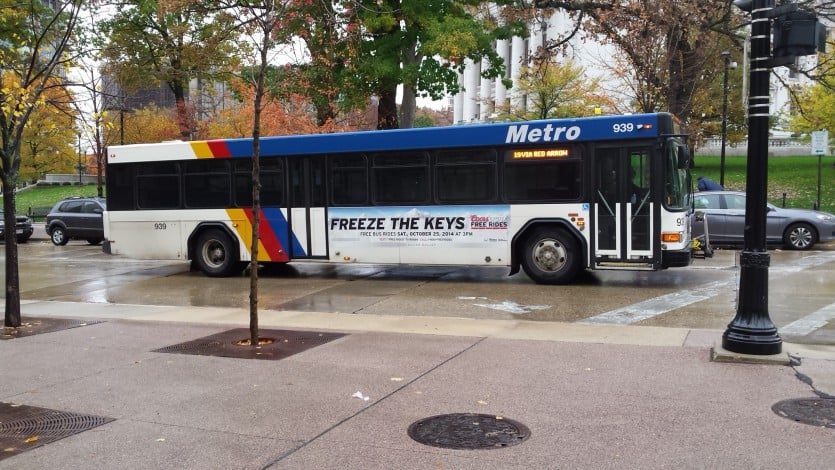 In response to criticism from Madison’s Metro Transit users, the City of Madison began a proposal last year to implement a bus rapid transit system. Now, the city says the system will be implemented in five years.

According to Charles Kamp, the Metro Transit General Manager, many of the complaints with the current bus system is that the buses are too small and crowded, they don’t come frequently enough, and the ride takes too long. Kamp expressed that the goal of the rapid transit buses will be to minimize these complaints.

“The bus stops are going to be more spread out so the buses can make up time quickly,” Kamp said. “That might mean that people might have a little bit more of a walk, but the rapid buses will move much faster than normal buses to make up for that.”

To make the boarding process more efficient, Kamp said not only will the buses be longer and have more entrances, but they will also be building bus stations where passengers purchase their bus fare ahead of time.

Kamp said it will likely resemble train stations in Chicago where you purchase a ticket at a kiosk and board the bus without having to wait in line to swipe a bus pass. 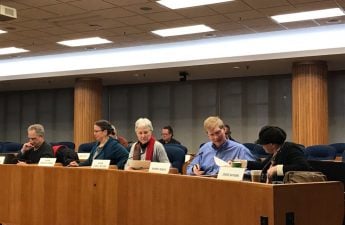 There will be bus crew members who will occasionally walk around the buses to ensure that everyone has paid for their trip and no one is getting a free ride.

“When you get to the station there will be a 60-foot bus and you will have three doors to board on instead of one,” Kamp said. “You will already have purchased your bus fare at the station so now you don’t have to wait in line for people to swipe their cards and pay their fares. On a bus with three doors opening, people get on, the doors close, and the bus leaves. It’s a very significant improvement in travel time.”

But with these extensive plans to create new lanes throughout Madison, buy larger buses, and build new bus stations, there comes a hefty price.

“The cost estimate is being worked on right now,” Kamp said. “Depending on where exactly the bus system extends to, it’s probably going to be around 100-120 million dollars to buy the buses, make dedicated lanes and make the stations.”

But Kamp said the federal government has prioritized the bus rapid transit and is likely to fund up to 80% of this project because in communities like Madison, it’s a very cost-effective way to move large numbers of people.

Kamp said they will also be relying on their partners, such as the University of Wisconsin, for some of the funding.

David Trowbridge, the planning manager for the Department of Planning and Community and Economic Development, said that the city is counting on receiving the majority of funding from the federal government.

“We have to put in an application to the federal government for our funding, but we feel pretty confident in our numbers that we’d get it,” Trowbridge said.

Kamp and Trowbridge both confirmed that the project is planned to be completed sometime between 2023 and 2024 if they are granted the funding that is necessary.

Kamp believes the bus rapid transit system will not only be beneficial to students and those living directly in the city, but also to minorities who live on the outskirts of Madison.

“Unlike places like Detroit and Chicago where the wealth is in the suburbs, Madison has a very strong downtown and a lot of individuals of color live on the periphery and can’t get to jobs in the city,” Kamp said. “The bus rapid transit system will get the people living on the periphery to and from their jobs faster.”

Kamp and Trowbridge also agreed that the bus rapid transit system will help eliminate some of the environmental issues that the city of Madison is facing such as car emissions.

Kamp estimated “for every 40 rapid transit customers, there will be 30 who are taking their cars off the road to ride the bus instead,” which would reduce emissions.

Above all else, Kamp and Trowbridge said this project would be an extremely constructive way to spend government funding and would benefit everyone in the city of Madison.

“Highways and parking lots are simply inefficient uses of land area,” Kamp said. “Bus rapid transit makes the best use of space. It causes a community to be more livable and healthier and I think that’s what the government would want for our city.”