Instead, Friar was sentenced to eight years of probation and will also be forced to register as a sex offender. In addition, Judge Josann Reynolds ordered that Friar be barred from contacting the victim.

Friar was found guilty of second degree sexual assault in April, but was acquitted of the strangulation charges.

In June 2016, Friar was charged with sexually assaulting and strangling a 21-year-old woman in his West Gorham apartment. Shortly after the incident, the 22-year-old was suspended from the University of Wisconsin-Madison for two years. 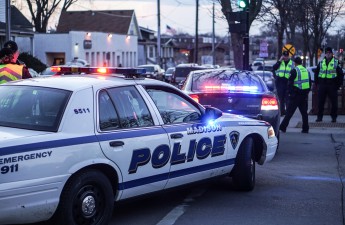 At his trial, Friar testified the sexual encounter was entirely consensual and that the woman herself initiated the encounter.

The victim, however, testified that after coming back to the apartment, Friar had physically overpowered her during acts of sexual aggression. She said she was “terrified” as Friar choked her during the encounter.

Friar maintains that at no point during the encounter, did she ask him to stop and that he himself ended the encounter because he believed himself to be too drunk to perform sexually.

After the night of the encounter and throughout the following days, Friar texted the victim multiple times. She failed to respond to any of his texts, something which Friar attributed to his failure to perform sexually.

The prosecutor called Friar’s ability to recall the night of the encounter into question when he produced text messages between Friar and his friends. In the text messages, Friar described himself as the “most drunk he’d ever been.”

In questioning, Friar admitted to lying about the severity of his intoxication in those text messages so that he would not have to explain what happened to his friends.

The details and conditions of Friar’s probation have yet to be stated.