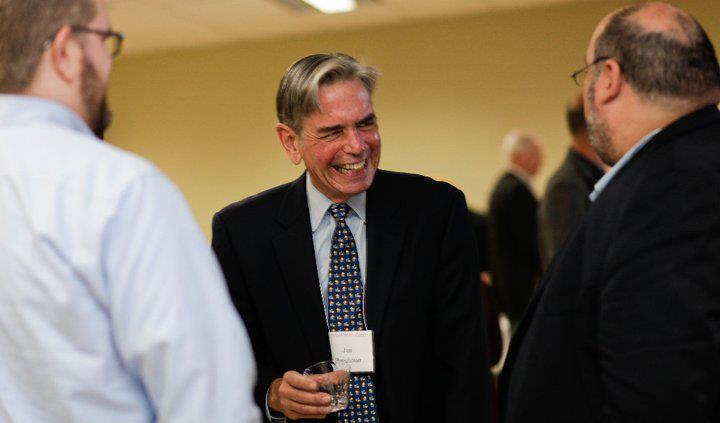 Courtesy of UW School of Journalism

Former students, colleagues, family and friends remembered University of Wisconsin journalism professor James L. Baughman as an academic who loved learning, inspired academic pursuit in others and was a consistent friend in a celebration of his work and life at the Wisconsin Historical Society Thursday evening.

Numerous speakers broke out letters from and notes scribbled on dissertation papers by Professor Baughman to share and express how their relationship with the professor impacted them.

It was his preferred means of communication, Carolyn Bronstein, one of his former students, recalled.

Professor Stephen Vaughn, who taught media history alongside Professor Baughman in the School of Journalism and Mass Communication for 35 years, gave an introduction to David Paul Nord, a professor emeritus of Indiana University.

Reading from letter correspondence between himself and Baughman when he first made tenure at UW, Nord nodded to Baughman’s love of learning and sense of appreciation for others who supported him in his pursuit of learning:

“[I especially liked] his praise for his colleagues here at Wisconsin. He described life on the faculty of UW School of Journalism and Mass Communication as and I quote here, ‘an extended post doctoral education. Colleagues have introduced me to research in mass communications, especially the work of public opinion, that I likely would have missed had I worked across the street in the History Department.’” 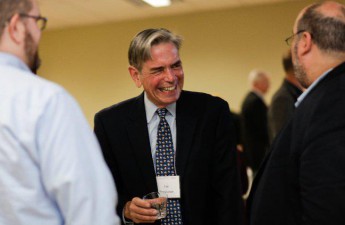 For his students, it was clear Baughman had championed clarity and brevity in writing, a commitment to reading everything and the idea to preserve enthusiasm.

While Baughman didn’t force his own interests onto his students, he held them to high standards, Michael Singer recalled.

“He would never tell me what he wanted,” Singer said. “He wanted me to get there on my own.”

He also taught his last teacher’s assistant, Caitlin Cieslik-Miskimen, that professors of history must continue to see the work of students through new eyes. That is how, she said, they can continue to encourage a sense of enthusiasm for learning and critical inquiry in students.

As a professor, Bronstein recalled, Baughman made himself vulnerable.

He was the same person standing in front of the classroom, as he was in his office or at home.

Baughman was also remembered as being a particularly harsh critic, but his former students said it was this vulnerability that allowed him to be more critical of their work. He took the time to build relationships with his students.

And that harsh criticism, Bronstein said, made his praise all the more worthwhile.

“When he praises you, you know it’s real,” she recalled.