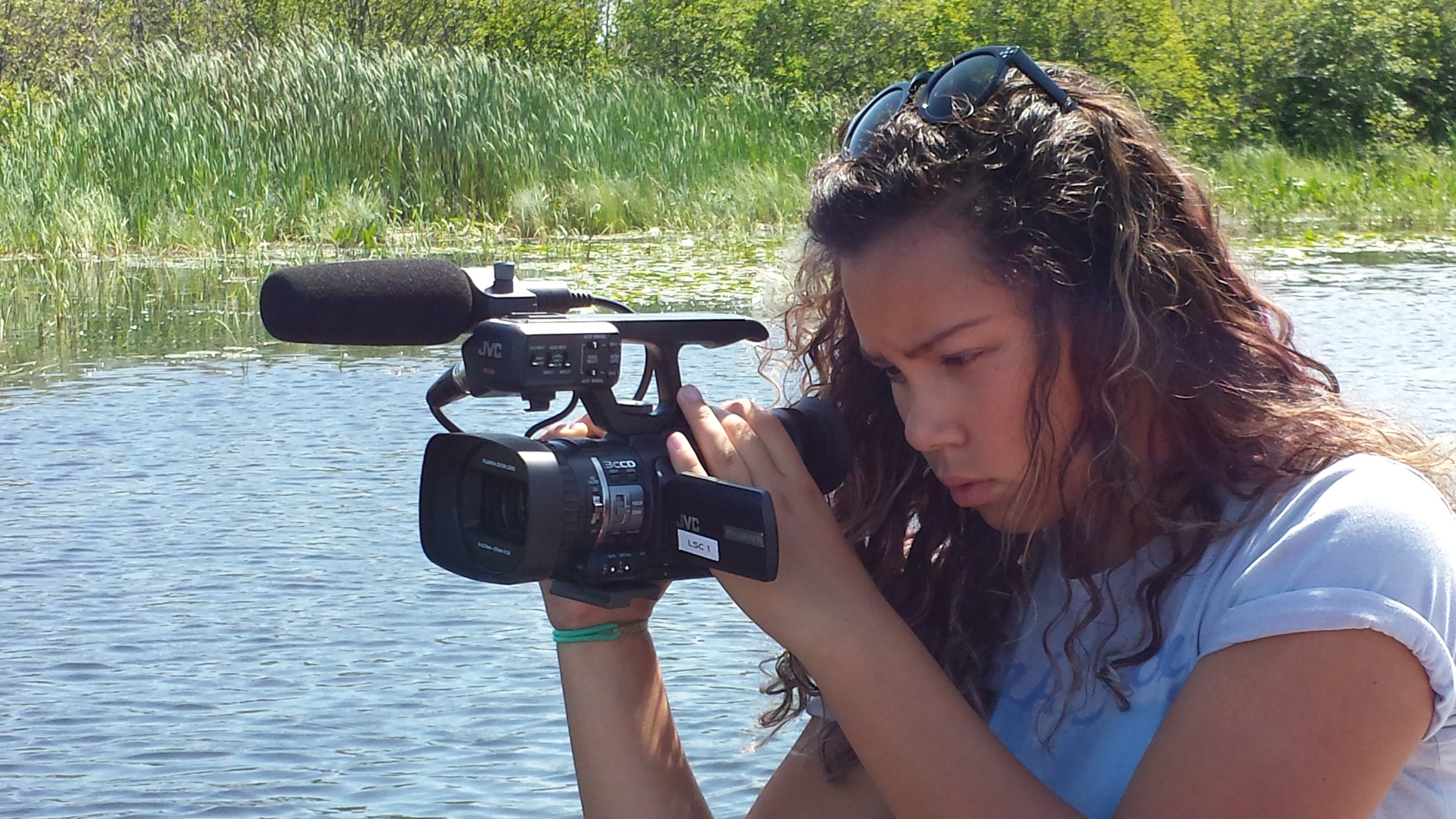 A University of Wisconsin summer camp in northern Wisconsin teaches video and audio technologies to tribal youth, building on the oral tradition of storytelling to amplify native voices in the digital age.

The idea for the Tribal Youth Science Media Camp hatched from a conversation. Aware of the lack of opportunities on reservations for young people, UW life sciences communication professor Don Stanley recalled similar programs attempted in several native communities out West and suggested starting something similar in Wisconsin to his co-worker, Patty Loew.

Stanley noted that while native communities deeply value storytelling, some of the programs out West ran into difficulty because elders refused to be interviewed digitally.

“[I thought,] is there a way that things could be done in a respectful way?” Stanley said.

Teaching tribal youth how to tell stories through video has been an opportunity to respectfully tap into the rich tribal knowledge of elders and teach the youth translatable skills, Stanley said.

Loew, a former journalist and member of the Bad River Band reservation, said she sees the media camp as uniquely successful because it engages community resources and tailors the program to serve the designated community’s expectations.

For the last few years, the media camp has run for four weeks every summer in the Bad River Band reservation on the shores of Lake Superior, Loew said.

The camp is the same for the first three weeks. Ten tribal youth, aged 14 and 15, spend a week learning how to write, shoot and edit video footage. They interview scientists and tribal elders on a topic that interests them, and then produce and share the resulting video with their community come at the end of the week, Loew said.

For week four, Loew combines the camp with a UW Global Health Field course. She brings 10 undergraduate students to the reservation and pairs them with the media camp students. Together, the students explore a topic and create media together centered around health.

The media camp blends traditional and scientific knowledge by teaching students about the science behind the natural world around them, and then encourages them to listen to the stories of their elders, Stanley said.

The students begin to see an overlap and alignment between the two sets of knowledge, Stanley said. With these tools, the students can translate science through their own cultural context and tell stories in their own voice.

“Being able to tell your story in your own voice is incredibly important to getting people to understand and listen to you,” Stanley said.

Some of the students have taken the skills they’ve learned at camp and applied them in school, submitting video assignments in lieu of essays, allowing them to flourish in their classes, Loew said.

In 2013, Loew took a sabbatical to work with three 14-year-olds from the Bad River Band. Concerned about an iron ore mine proposed at the head of the Bad River, the three teenagers sought out to create a longer form documentary to advocate against the potential threat to nearly 75 acres of wild rice beds downstream from the proposed site of the mine.

The students interviewed scientists, homeowners and tribal members to illustrate what environmental damage from the mine would mean for the community, Loew said.

The documentary went on to be shown at more than 30 film festivals across the country and won several of them. Arizona State University even paid the students’ transportation costs so they could present their film at The Human Rights Film Festival in 2014.

Before creating the documentary, Loew said one of the students who she saw a lot of potential in had, at the advice of their guidance counselor, intended on becoming an auto mechanic.

“[But] somewhere between the beginning of this experience and the end of it, the student decided that they weren’t going to become an auto mechanic, they were going to [go to college],” Loew said.

After seeing this empowerment, Loew said she is committed to growing the next generation of tribal storytellers and scientists.

Loew wants to see the native nations in Wisconsin serve as an epicenter for native communication around the country. She noted that the pieces are already in place. Each native community has their own media outlet, whether it is a newsletter, paper or radio station.

But for now, Loew and Stanley are dedicated to working with tribes at a micro level — with their youth.