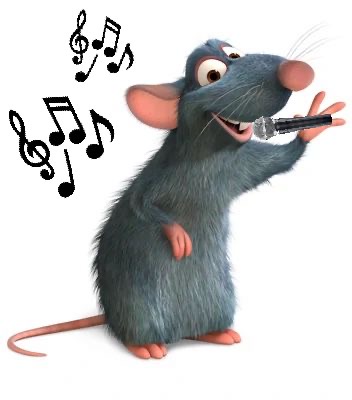 Editor’s Note: Every morning, before Gordon’s workers prepare breakfast, UW-Madison’s resident rat, Howard, roams around the kitchen with the workers completely unaware. Since his birth in 1964, the long-tailed rodent has made his way around University of Wisconsin System schools, witnessing the first man on the moon and traveling downtown in 2011 to take part in the Act 10 protests.

Howard attended Ratgers University where he majored in dance and earned his Rat-sters degree in 1988. Howard lives in Gordon’s with his two loving sons. They enjoy Sunday Night Football and mountain biking.

Herald reporter Matt van Bastelaer snagged an exclusive Q&A-style interview with Howard. Responses have been edited for length and cla-rat-y.

What sort of issues does Wisconsin’s favorite rat face on a day-to-day basis?

Well, one of the things that gets on my nerves is the word rat. People all over the school use it with a negative connotation — we need to reduce the stigma surrounding what it means to be a rat. Toxic ratsculinity is real. Being a rat doesn’t mean you’re a bad friend or a bad person. I’m the opposite of that. Ask any of my friends! Anybody in my show choir or improv group will tell you that I’m a totally likable guy.

That’s why the Associated Rats of Madison has organized weekly seminars to combat the pervasive toxic ratsculinity at UW-Madison. We’re really excited about how this might change the way rats are treated at UW System schools.

At this point in the interview, Howard took a break to hit his Puff Bar. We were not surprised with the development. It’s common knowledge that rats often spend time puffing phat clouds.

What did you study in college?

At Ratgers, I majored in Dance. They don’t even have an option to major in the culinary arts because rats are “unsanitary.” I’ve always wanted to cook, but I also knew I had the rhythm. I combine my love of hip-hop with my love of spices. I mean, if Remy can cook, so can I, right? I like to bop it and lock it when I stir it and chop it. (It should be noted Howard was “windmilling” while he stirred his gazpacho during the interview.) I moved here with my friend Emile, hoping to turn Gordon’s into the next gourmet destination for students and rodents alike.

It seems that hasn’t panned out. What happened?

Well, to put it simply, Emile and I had a professional falling out. We respect each other immensely as cooks, but we struggled to agree on the politics of Le Gordon.

I’m sorry to hear that. What sort of things do you do for the school to earn your rent?

I basically do a number of odd jobs around the school, whatever I’m needed for. Yesterday, I was carrying water coolers. Last week, I was on mop duty in the bathrooms. Anyway, tomorrow I’m penciled in for doing the math on how doing the all-you-care-to-eat dining option doesn’t lose us copious amounts of money, I think. Not sure. Well —

Howard was interrupted by dining hall workers, who finally found out about his presence in the cafeteria. They called the exterminators. Howard is now dead.