It was the slap heard around the world.

By now, everybody knows about Will Smith’s Oscars scandal in which he slapped Chris Rock during a live broadcast. Smith’s reactions came after Rock made a G.I. Jane joke about Jada Pinkett Smith, actress and to wife Smith, who has been open about her struggle with alopecia and hair loss.

Smith’s actions were immediately dissected by celebrities and others on social media, but it seems as if the consequences of his actions continue. He resigned from the Academy of Motion Picture Arts and Sciences on April 1, leaving studios supporting his products wary as to how best to go about it. His resignation also comes with the relinquishment of all benefits.

Studios such as Netflix and Sony have moved away from the actor, halting the production of films set to star the actor.

Netflix was set to develop an action movie titled “Fast and Loose” that starred Smith, but has moved away from the project as a result of Smith’s actions. Sony responded in a similar fashion, pausing the production of “Bad Boys 4.” 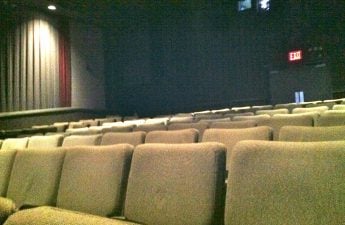 One studio is, at this moment, still moving forward with a Smith-led film. Apple+’s “Emancipation” stars the actor as an escaped slave who fights against the South in the Union Army. It is worth noting, however, that the film finished filming before the Oscars and is currently in the post-production stage. Apple has declined to comment on the situation.

It seems as if Smith has nothing left to lose at this point, with most of his projects being taken out from under him, but the Academy is still debating punishing Smith further by taking away his award for Best Male Actor.