Bong Joon-ho, the director of the Oscar-winning Korean film “Parasite” once said, “Once you overcome the one-inch-tall barrier of subtitles, you will be introduced to so many more amazing films.”

In recent years, films that were directed by and featured a prominent cast of Asian and Asian American creatives have taken the world by storm. From films such as “Crazy Rich Asians,” and “Parasite,” to more recently released shows such as “Squid Game,” the innovative force behind these fresh ideas has introduced broader audiences to a new cultural field, while also entertaining us and breaking our hearts.

Outside of these sensational hits, there’s a rich world of storytelling that has been, and will continue to, portray Asian American Pacific Islander stories. Viewers have an opportunity to experience some of these stories this weekend at Madison’s Asian American Media Spotlight. 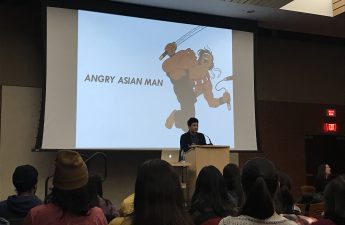 Based on a true story, “Paper Tiger” tells the journey of a Chinese American mother and son. The son struggles with mental health issues following the loss of his father, which also strains his relationship with his mother. This film is screened virtually, and can be accessed here. The password is SPOTLIGHT2021.

“Cane Fire” focuses on the stories of Indigenous Hawaiians and working class in Kaua’i. This documentary tells the stories of those affected by the tourism industry, compiling footage of conversations with family members of director, Anthony Banua-Simon and activists. This film will be screened in Henry Vilas Hall, Room 4070. For more information, visit here. 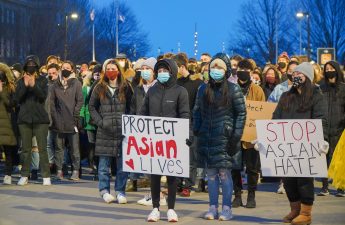 ‘Stand up, fight back:’ UW students, Madison community protest for Asian livesSeveral hundred demonstrators gathered Thursday night for a march through downtown Madison to demonstrate support and stand in solidarity with Read…

“Chan is Missing” follows a taxi driver and his nephew, looking for their friend through the San Francisco. This film examines both many aspects of life in Chinatown and the cultural environment. This film will also be screened in Henry Vilas Hall, Room 4070. For more information, and the other films, visit here.

“Fighting for Family” is a documentary about the emotional toll of deportation, and follows a refugee who is deported back to Vietnam, leaving behind his wife and daughters. This screening will be followed by a moderated discussion with director Lan Nguyen about her own experiences and the documentary. This documentary will be screen in the Brogden Psychology Building in Room 103.