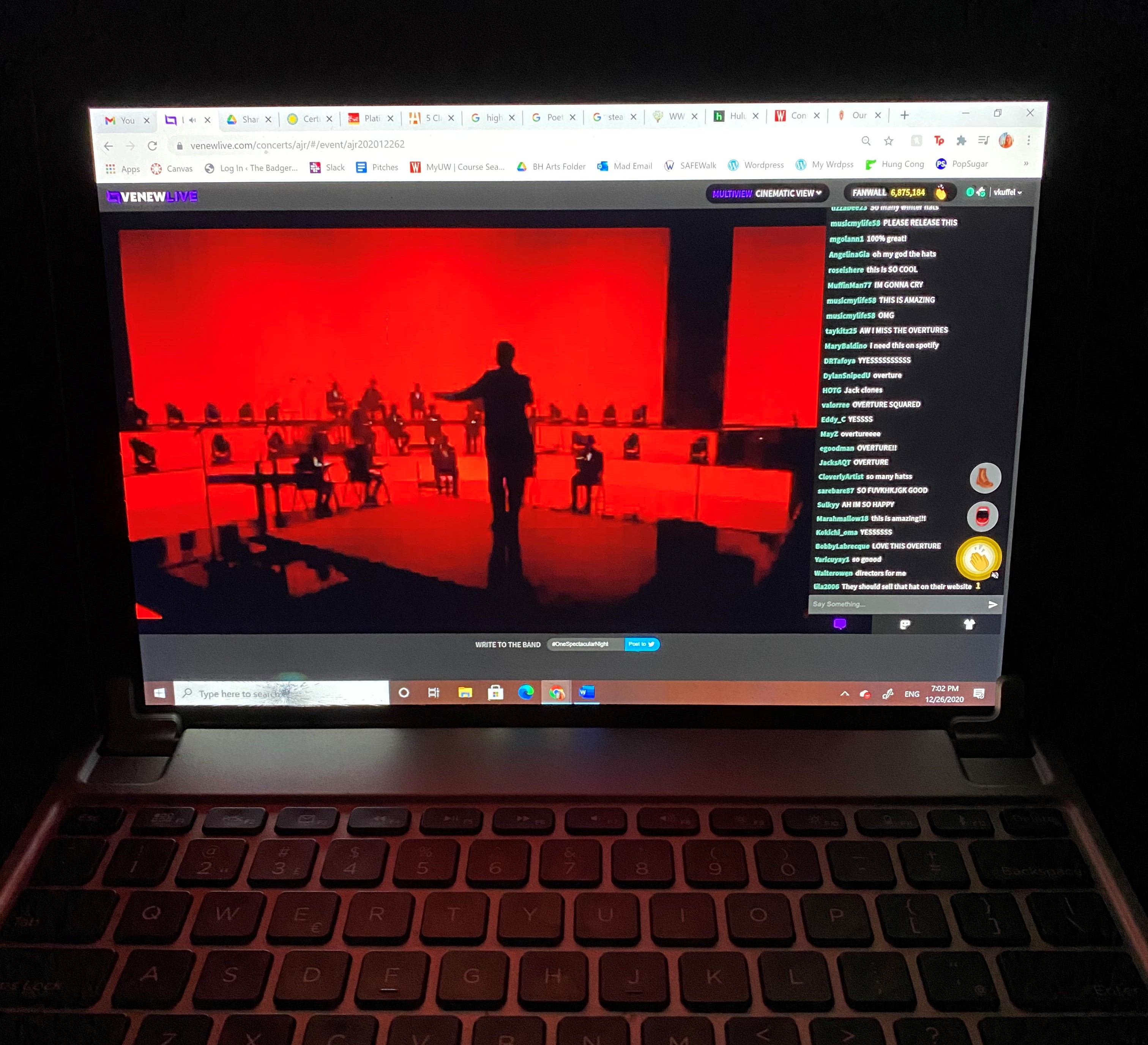 How do you create a state-of-the-art virtual concert?

This is the question AJR asked Nov. 19 when they announced their next big performance. Dec. 26, the band presented “One Spectacular Night,” an interactive music experience with new songs, wild effects and a live international audience. 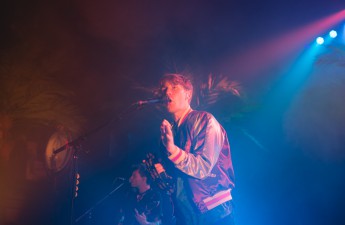 In their first promo, brothers Adam, Jake and Ryan Met revealed their latest project, a show that would only air once each to three regions of the globe.

The video can be found on their popular TikTok page, which shows a sneak peek montage with creative sets, colorful lights and the famed trio’s crazy antics. AJR planned to use laser, LED and wire-automation in the performance, hoping to create a cross between “a movie, a Broadway show and a concert.” But their biggest highlight was audience interaction.

“One Spectacular Night” allowed fans to not only use like and comment buttons, but to switch cameras to control what they saw. The audience could also applaud with AJR’s self-made clapping sounds they recorded in their family home.

The show was projected to be one of the best virtual events of the pandemic, as well as the most innovative in the brothers’ career.

It also showcased new songs that are projected to be on their next album, “OK ORCHESTRA,” scheduled for release March 26. So far, they’ve released three singles starting with “Bang!” last February, which recently hit No. 1 on the iTunes Chart. “Bummerland” followed in late August as an end of summer track, and in December, they uploaded “My Play” with their album announcement.

All three tracks show AJR’s subtle mastery of alternate instruments and techniques. “OK ORCHESTRA” also seems to be a culmination of their growth in the music industry, as the brothers started their career as early adolescents. While the theme of their last album “Neotheater” said goodbye to childhood, “OK ORCHESTRA” is embracing early adulthood. 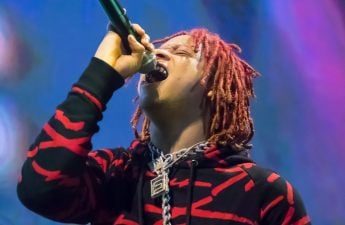 Shift in world of music with artists like Trippie Redd, City MorgueLooking at the Apple Music charts over the past few months reveals two contradictory things about the state of rock Read…

The entire show was hosted on VenewLive, a recent live music streaming platform with interactive qualities.

Before the show started, you had to redeem your ticket, which included regular and premium options. The premium allowed access to six different camera angles, including one with their dad, Gary, who was watching the performance from home. There was a comment section where millions of fans posted their comments, questions and excitement.

You could purchase digital stickers to enhance your comments and get a five-second shoutout from the crowd. Another tab revealed a gift shop with posters, clothing and even Bang! Hot Sauce. While the video lagged a bit, audience interaction, which VenewLive dubs the FANWALL, was racing with activity.

The show began with a classic AJR overture, filled with an orchestra of alternative instruments playing a compiled remix of their songs. The performance grew into a beautiful light show with stunts and extravagant effects. Each brother had their moment of originality to define their character.

Their lead singer, Jack, performed his usual goofy dances as he belted their choruses. The middle brother, Ryan, explained a few of their songs and the technical work involved with incredible visuals. And the shy older brother Adam even had a chance to talk about his PhD work in activism and how AJR incorporates it in their songs.

The group used their backdrop as a storytelling element, at some points “writing” on it and getting picked up by virtual hands. Their performance shifted with seasons, starting with Summer, or “Bummerland,” and ending with Spring, or “100 Bad Days.” They shifted their sets to mimic this and even paid homage to their street performing days with fake trees, a bench and walkers who threw money in their guitar case. 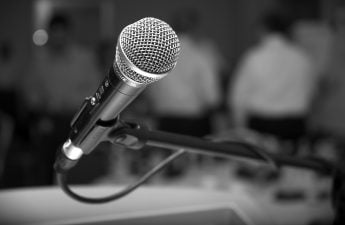 Virtual concerts: Passing fad or here to stay?With the many changes coronavirus has made in our lives this year, concerts were bound to undergo some alterations as Read…

They shifted to different parts of their large performance area, using pianos, guitars, bases, drums, ukuleles and alternative instruments. Arnetta Johnson, their lead trumpeter, was an ex-instrumentalist for Beyoncé and the power behind many of their songs.

At the end of their show, they played “100 Bad Days,” and took a moment to give fans a heartfelt message, thanking them for their support in the craziness of the last year.

The music in the show was mostly older tracks with a few new ones mixed in. This new show, however, did reveal the tone of “OK ORCHESTRA.”

Ryan explained in the post-show interview that the group wants to believe their fans are getting smarter. Their first major album, “The Click,” was about specific things that should be taken at face value. “Neotheater” expanded into specific things that connected to bigger, more communal experiences.

“Don’t Throw Out My Legos” is a song about growing up in an out-of-the-box angle. “OK ORCHESTRA” continues this theme, but on a more existential level, something those in their twenties may relate to.

As for their music as a whole, here are my thoughts.

AJR is really hit or miss — like many artists, a lot of their songs sound the same, but some truly stand out and give you goosebumps. I’m not a fan of a lot of their lyrics, but I think the point of them is to be simple and childlike. They exhibit a childish wonder that I think most bands overlook to sound more mature and professional, and that’s the originality of AJR.

They’re not singing about the cool things that come with being older, they sing about the fragility of youthful wonder. You can see this especially in their music with their remix of cartoons, like their famous “I’m Ready” with SpongeBob and even in their newer stuff with remixed old cartoon music.

While watching, I started crying — it’s been so long since I’ve seen any type of art, theatre or music live. Though I wasn’t there, I felt that connection to live concerts through memories. It gave me a glimpse back into what that was like and made me realize how deprived I was without it. 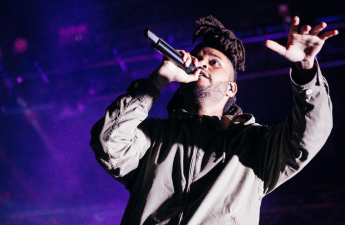 In their post-show interview, AJR was excited to complete this creative project, and announced a few more on the way. They will start a podcast with a TBD date and are working on a Broadway show. With projects like Pixar scores under their belt, they believe this is the next step in their musical progress.

Whatever they come out with next, we can expect it to be just as, if not more, innovative, impactful and inspirational as “One Spectacular Night.”