April has been a relatively quiet month for noteable music releases, especially compared to how the last couple of months have featured some of the biggest releases of the year from artists like Lil Uzi Vert and Megan Thee Stallion.

There have been a couple of impressive releases this month, however, from artists across genres that are worth reviewing.

Drake kicked the month on April 3 with his hit single “Toosie Slide.” He took advantage of a new trend in music of accompanying a song with dance so it becomes popular on TikTok, ultimately boosting an artist’s streams.

Megan Thee Stallion got lucky when TikTok creator Russel Abad’s dance to her song “Savage” became a popular trend last month, but Drake made the lyrics of “Toosie Slide’s” hook instructions to a dance, making sure his song would be the perfect soundtrack for a dance challenge. His strategy was effective, as the song is currently number one on Billboard Hot 100. 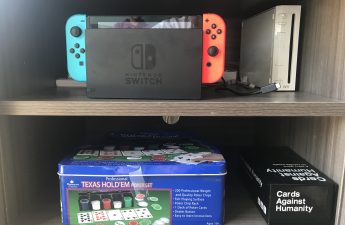 Quarantimes: Recommendations for quarantine escapismIf you’re looking for any new ways to distract yourself during the pandemic, look no further. Here are my and Read…

On the same day as “Toosie Slide’s” release, bassist and songwriter Thundercat dropped “It Is What It Is,” his first project since 2017’s “Drunk.”

The album features vocals from Ty Dolls $ign, Steve Lacy, Childish Gambino, and even some impressive singing from Thundercat himself. The album is some of the most experimental and abstract of all of Thundercat’s work.

I would say it’s his best project yet due to the really impressive features from the aforementioned vocalists and incredible production from the likes of Kamasi Washington, BADNADNOTGOOD, and Flying Lotus, among others.

On April 14, Kid Cudi released his first song since his impressive “KIDS SEE GHOSTS” project. On “Leader Of the Delinquents,” Kid Cudi delivers quotable lines and sings with smooth vocals. The beat is full of Cudi’s trademark humming, something many of his fans will appreciate. 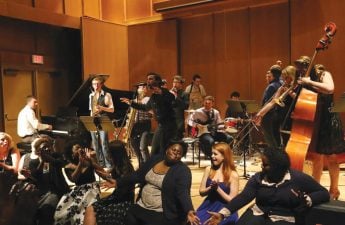 My personal favorite release of the month is Dababy’s “BLAME IT ON BABY,” which dropped on April 17.

Critics of Dababy’s music have called him out for not switching up his flow and it is true throughout Dababy’s first two albums, “Baby On Baby” and “KIRK,” as he frequently raps with the same cadence. “BLAME IT ON BABY,” however, is in many ways an overhaul of Dababy’s sound.

Dababy sings a lot more on this album and his cadence switches frequently as he transitions from love songs to harder-hitting rap songs. The album also has really strong features from Roddy Ricch, Megan Thee Stallion, Future and more.