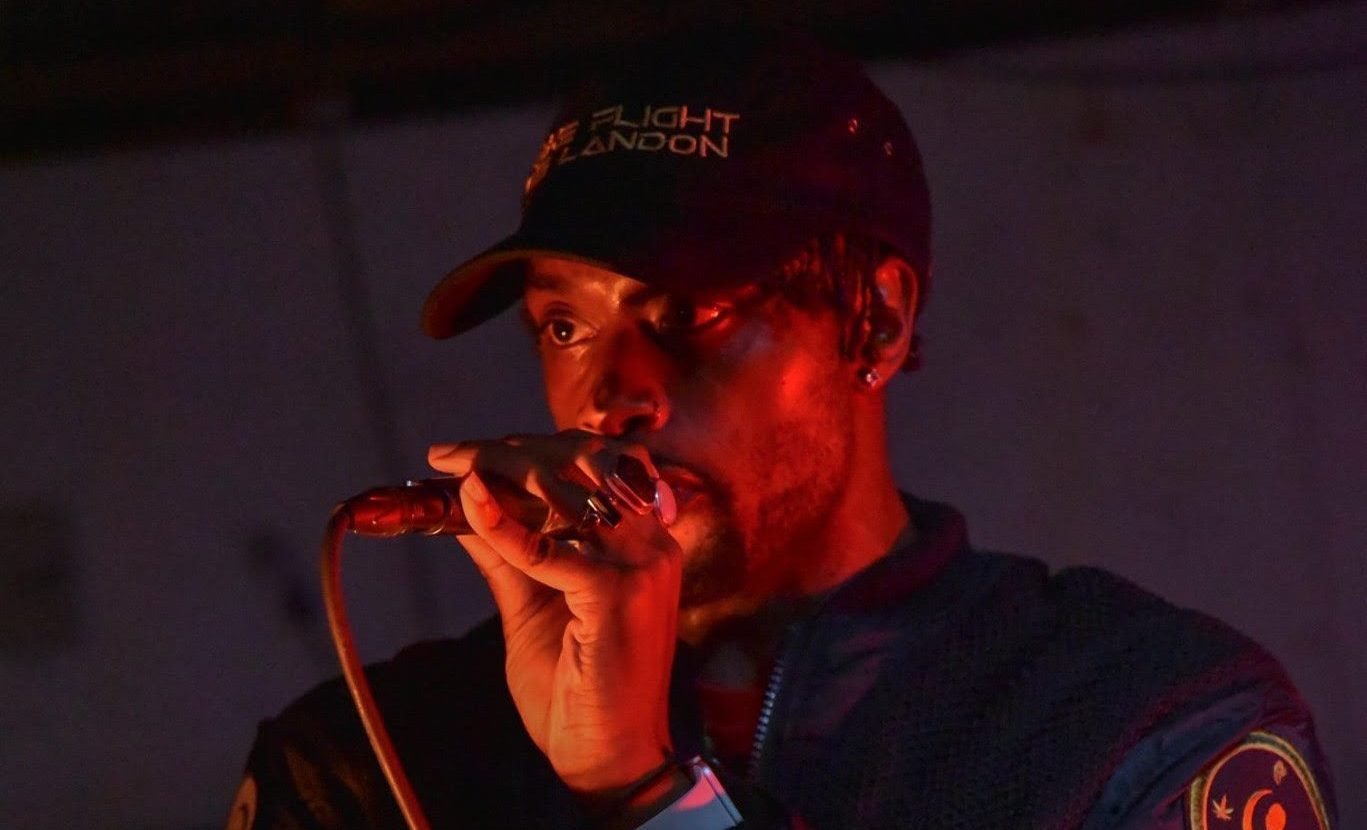 If you’ve had a lot of fear-of-missing-out syndrome lately, then it’s quite possible your fourth chakra is out of alignment. A remedy to help balance it could be to meditate in the presence of jade crystal, but if your resources are limited, you may be in luck with a newly arrived aural outlet for healing. 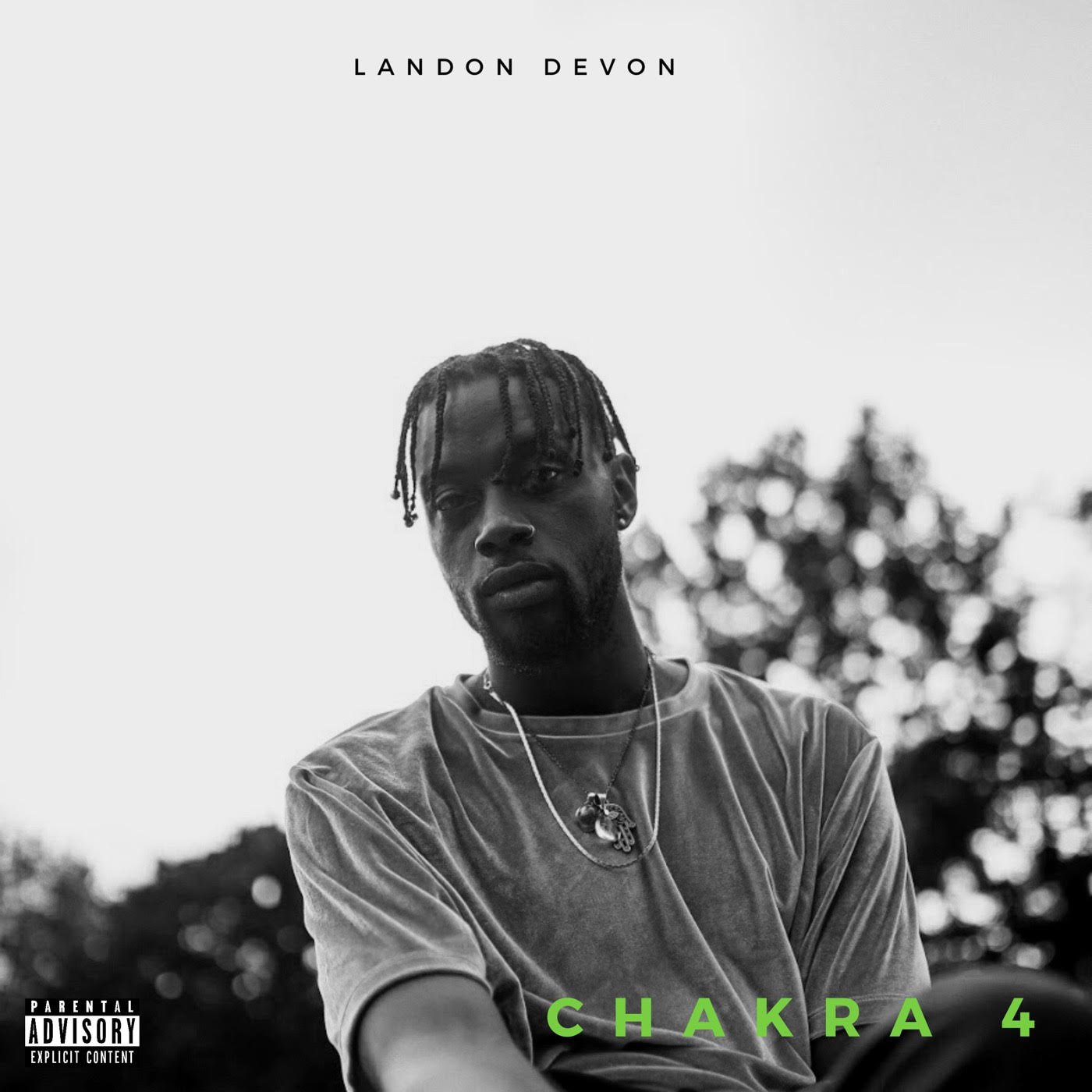 Arguably the most monumental rhythm and blues and hip-hop project to reign out of Madison this decade, emerging artist Landon DeVon dropped his highly anticipated “Chakra 4” album, making its debut appearance to platforms like Apple Music and Spotify last month.

“I am powerful and a whole vibe,” DeVon said.

With robust energies emanating from confident self-talk to conquering weakness, “Chakra 4” is composed only of solo performances by DeVon. He pushes the envelope with a setlist of blockbuster-worthy hits by pushing boundaries that exist before realism.

Released on Friday the 13th, “Chakra 4” gives an ode to the fourth chakra. It is also noted as the heart chakra and this chakra revolves around energies belonging to grief, love, pain and healing, DeVon said. These are all qualities we are skeptical in feeling, negatively and positively, so it is on us to assist our body’s needs and tend to our spirit by tuning into our heart chakra.

Your fourth chakra is speaking to you when you experience FOMO, so align it by streaming this stimulating musical work. 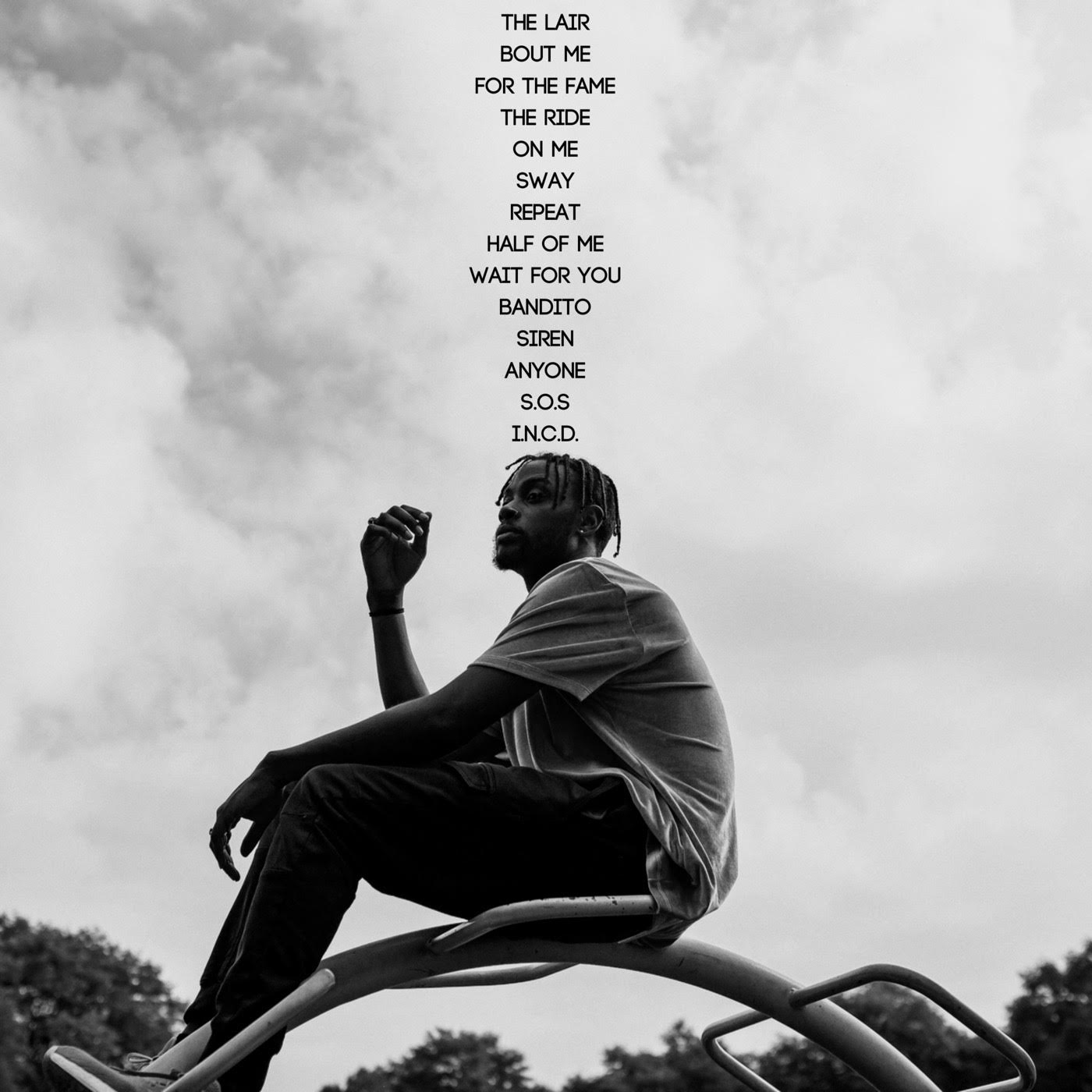 “I changed my name because I’m a whole different entity versus [the past] version of me people are used to,” DeVon said. “I didn’t have an easy past.”

He described certain individuals from his childhood who do not see past his name change, and to them, he spells it out very clearly.

“They are used to, and are stuck on, and can’t move past [my previous name],” DeVon said.

But thanks to his perseverance, his networking abilities, and his perennial support team, DeVon is reaching all types of high success now more than ever.

The opening track “The Lair” describes DeVon’s assertiveness when it comes to personal judgment, and he stated very prominently he is confident with his self-image and dispels negative energies from his life.

Followed by the ballad “Bout Me,” DeVon displays the polarity in his emotions while still proclaiming his credence for his eternal self-reliance. For a project revolving around energies relating to the fourth chakra, both tracks introduce the album’s concept exceptionally well.

DeVon’s spiritual side is quite prevalent on this project. DeVon revealed he is studying to become a quantum healer and a Reiki healer under Masters Axel Carrasquillo and Shay Layton at the Antojai Ascension Academy in Detroit.

With all of this in mind, it does not come as a shock DeVon would dedicate this LP to a spiritual concept. Though a powerful figure within spiritual energies, it’s relatively easy to understand Devon’s artistic side is just as substantial — DeVon intends on making a music video for each track on the album.

Exclusively dropping “Chakra 4” on the Live Undiscovered Music application July 1, his statistics skyrocketed on the app. His track record proves how demanding he is as an artist nationwide as well as how popular his album shows to be.

“Dropping the album [on LÜM] early was a great marketing decision,” DeVon said.

With thousands of active users on the app, DeVon sat at number one trending artist in the “Popular” general charts immediately post-drop for a week and currently sits at number five in “Hip-Hop” and number two in “R&B and Soul” for overall plays.

DeVon is presently in competition with the number one “Popular” song slot on the app at almost 5,000 plays for his album closer, “I’m Not Coming Down.”

His list of music idols is long — he finds inspiration from some East Coast rappers such as Biggie Smalls, Jay Z, Juelz Santana and Nicki Minaj. Outside of the East Coast, he looks up to Lil Wayne, Kevin Gates, Timbaland, JoJo Dawn Richard, Kehlani, ScHoolboy Q and Beyoncé. This is definitely an extensive list — yet it’s no surprise DeVon’s inspirations have helped make him the rising star he is today.

His album release show took place at the Art In venue in East Madison, and DeVon was extremely blessed for the turnout, he said.

“[The network and support] came for me — and [they] stayed for me,” DeVon said.

Probably the biggest up-and-coming Madison artist performance crowd-showing within the past six months, DeVon had more than eight sponsors at the event. 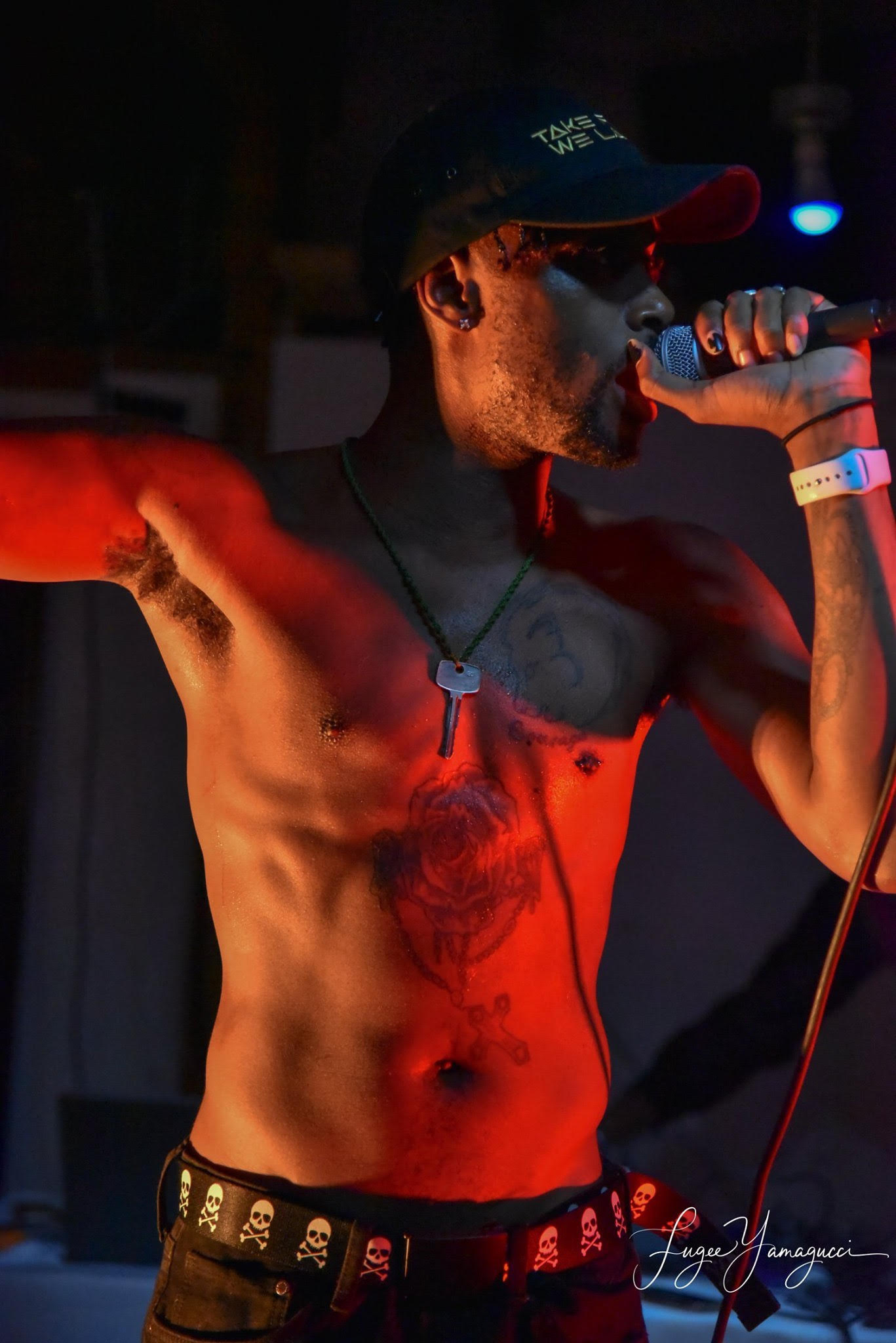 Anyone can begin to pursue their spiritual and musical self with the right mindset at any point, but it’s obvious DeVon’s spirit has been strong for a long time, and his musical energy is contagious. Spending only one hour in his presence left me feeling more aligned with my own mind and body.

“Making sure, you know, we are facing our shadow-selves and seeing the ugly side of ourselves [will help us] love ourselves wholly,” DeVon said.

You may catch DeVon perform at the LÜM Freak Fest stage Oct. 26 at 8:20 p.m. DeVon will dedicate his show to the LGBTQ+ family for helping him define his identity.

DeVon dedicated the album to his late best friend, Carter Jordan Swopes, his siblings Shavanna Nacole and Keishaun, the Landon Ladies, and his younger self. 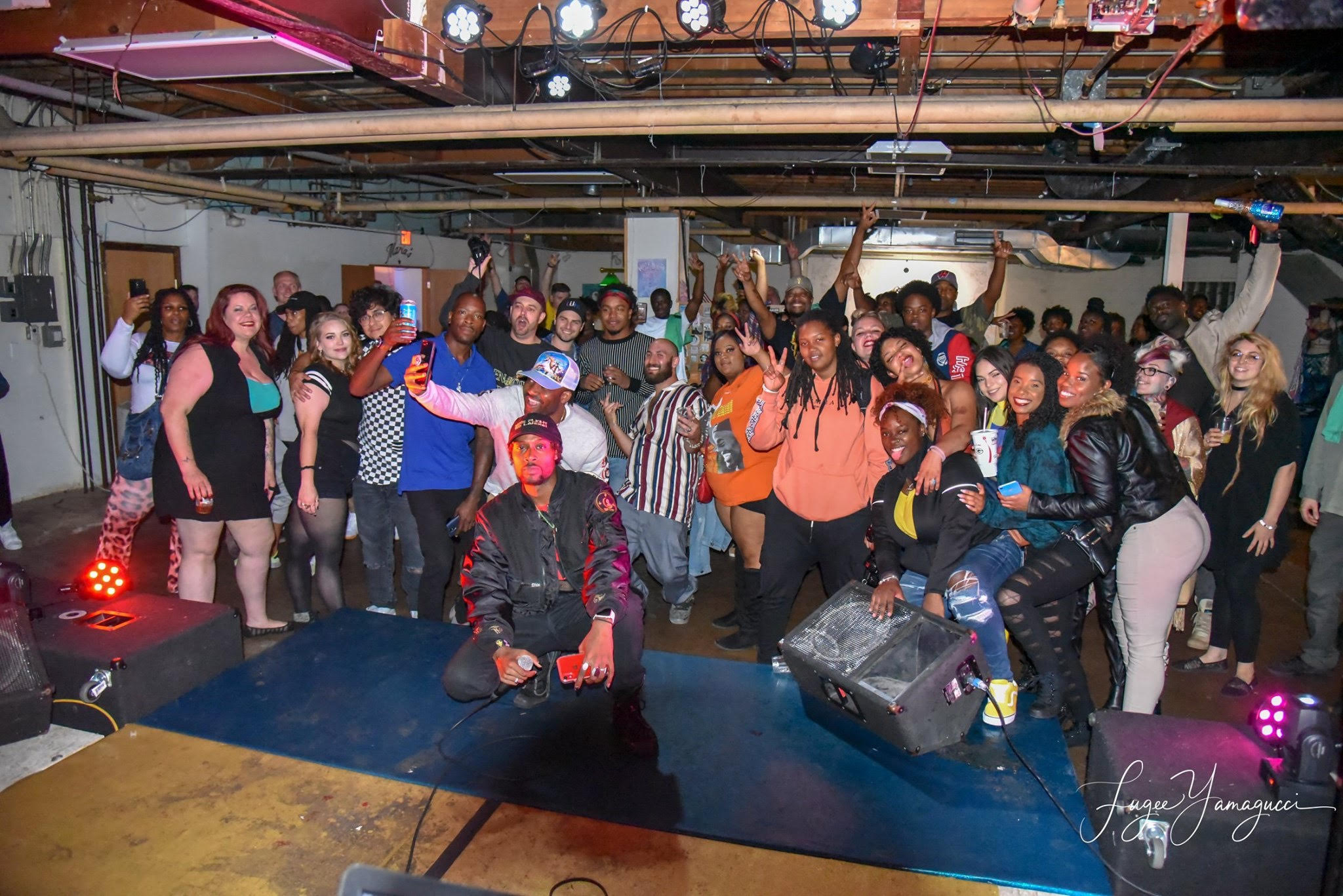 Get ready, University of Wisconsin. Landon DeVon is the most electrifying, heart-pounding and soul-magnifying R&B and hip-hop artist to ever reign out of Madison. If you want to avoid anymore FOMO, I’d suggest joining the Landon DeVon Family now.

“Chakra 4” is available for streaming on Apple Music, Spotify, Tidal, LÜM and more.