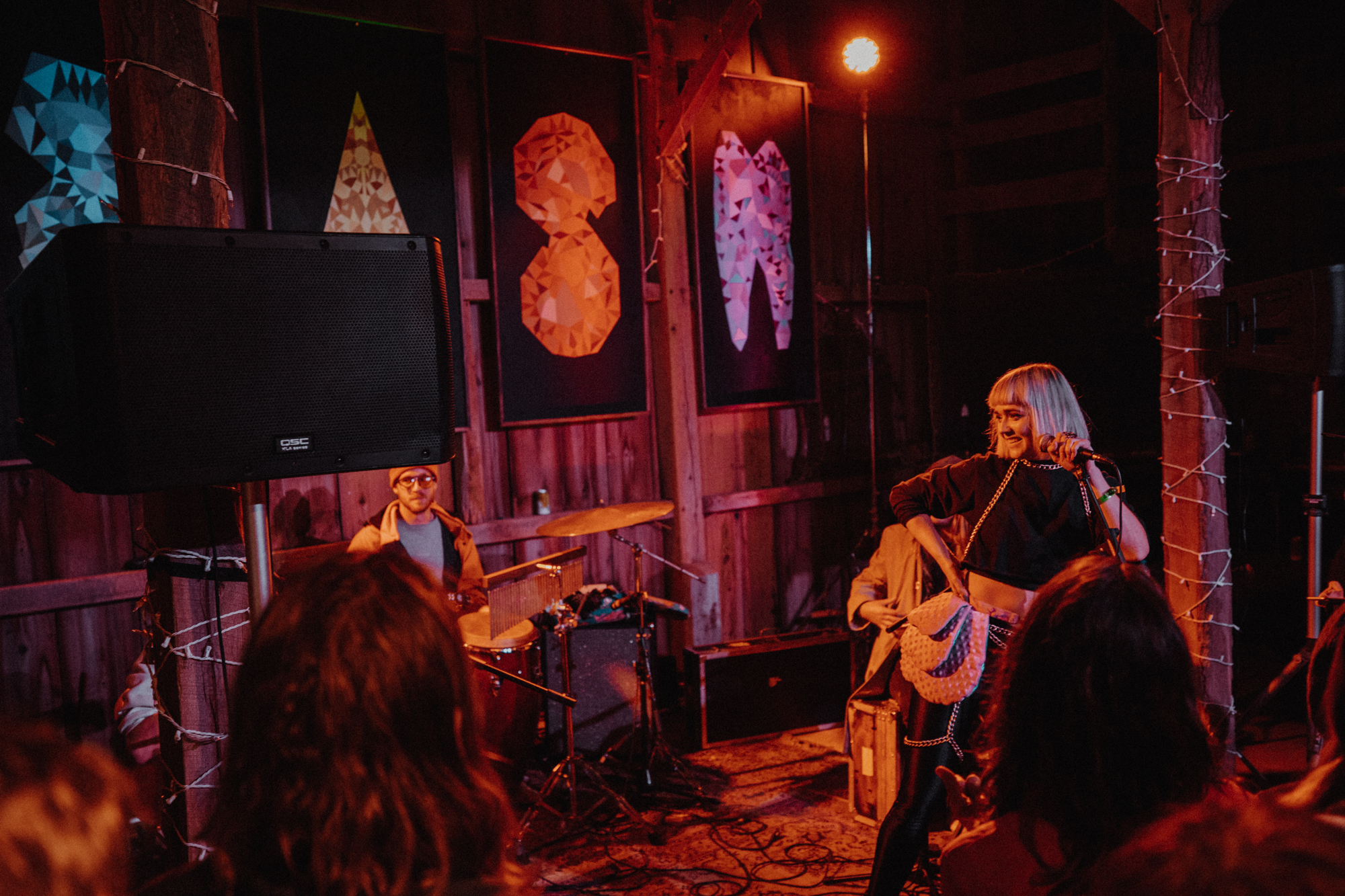 GGOOLLDD will be returning to Madison in 2019.
Courtesy of Scotify Studios

In sum, Prism Music & Arts Festival was a dream.

The weekend was advertised as being full of art, food and amazing music — though the event went further. In addition to the scheduled bash, the open fields and the moon in the sky created the perfect atmosphere for mingling with new people. Plus, there were some nice mustaches there, too.

Having the fest on the last day of summer and the first day of fall set the mood for a spooky season ahead. The grounds were on big open farm fields near a cemetery, complete with a barn and grazing chickens.

There was a lot to explore if you weren’t tuning into a band. The barn had art on the lower level to observe, live painting, couches to lounge on out in the fields, chalkboards to write on and a big kaleidoscope to look through. People were given 3D glasses to look at the lights, which could be found across the grounds. 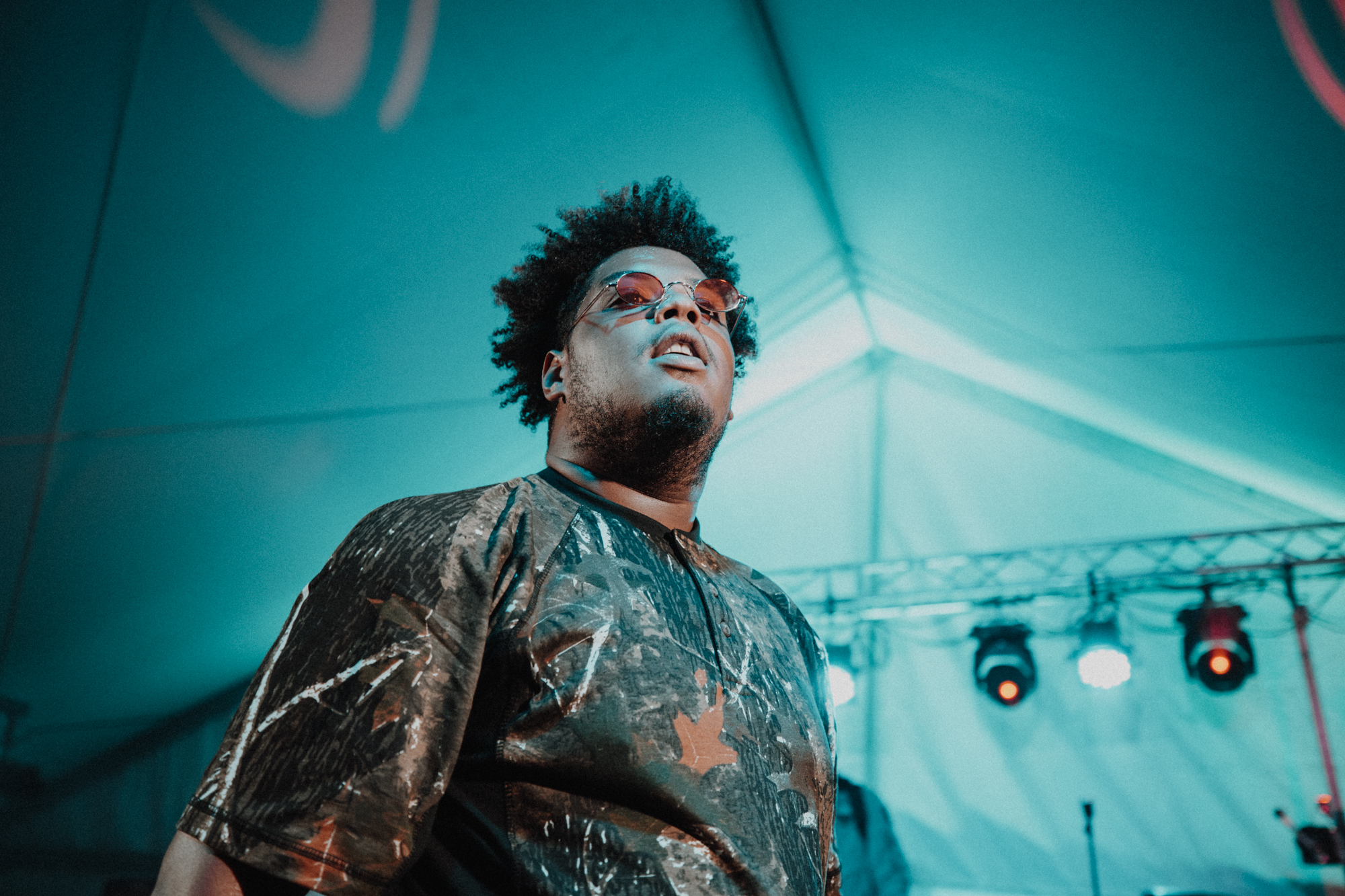 Music was set up so no one ever missed a band they wanted to hear. Sets alternated between the main stage and the barn stage. The main stage was quite large, with plenty of room for dancing. It resembled something typically seen at outdoor festivals — but with sick lights. Lucien Parker used the illumination to his advantage. He’d ask the crew to switch the lights to a certain color for a certain song and he commanded the stage through the coordinated lighting, which was cool to see.

The barn was more of an intimate space that somewhat forced festival goers to get closer to those around them. Still, there was no shortage of dancing nearby.

There was only one setback that occurred over the weekend. Friday night there was a noise complaint and the police showed up. Some acts were cut off, like Abby Jeanne, in the middle of her amazing set. Kainalu got moved to the following day, and GGOOLLDD’s headlining set was moved from the main stage to the barn. 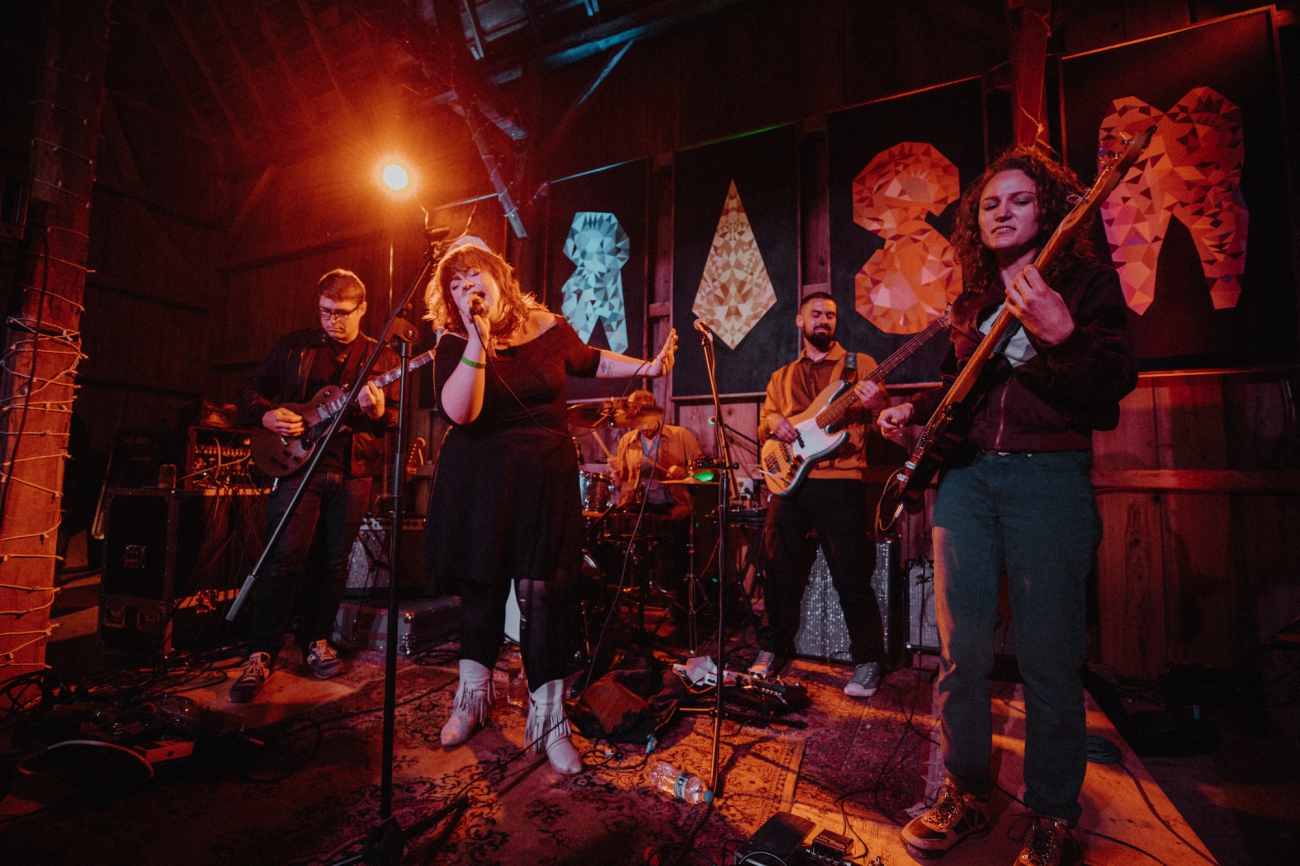 Even after the drawback, Prism Fest created special moments. GGOOLLDD’s set was still amazing even though she was forced to switch to an acoustic vibe. She had to sing quietly even though we could tell she really wanted to let loose. The crowd also couldn’t clap or shout, so we snapped instead. Still, the crowd was attentive and quaint, creating a different sort of togetherness.

Saturday’s set was shortened, yet attendees were accepting toward the updated lineup. I didn’t hear any complaints.

Overall, this festival was probably one of my favorites. There were a lot of familiar Madison faces, concertgoers and musicians alike, and it was great to meet new people. The fact that artists stuck around to enjoy the fest and mingle was awesome. The whole lineup was filled with crowd favorites. Prism delivered what it offered: friendship, collaborations and some kick-ass music.