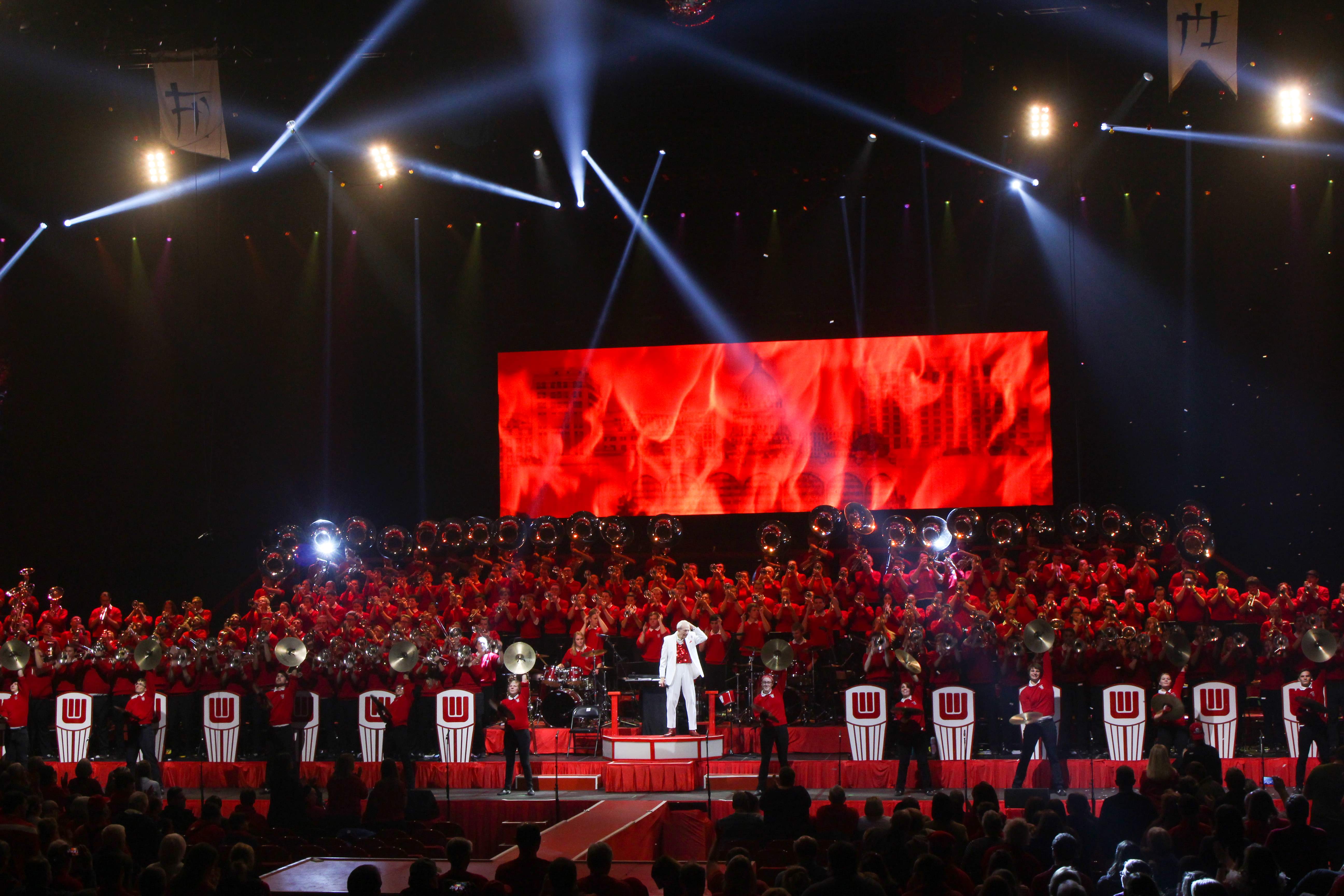 When I think of a stereotypical band concert, I tend to recall an image I developed in elementary school.

This image is filled with rows and rows of slightly intimidated players decked out in white button-ups and black dress pants, playing their respective wind instruments in a fine, distinct fashion as a straight-laced director conducts the performers through repetitive, at times uninspired music.

Man, the University of Wisconsin Varsity Band Concert does not fit that schema.

The 44th edition of the show filled the Kohl Center this past weekend with bopping tunes, streamers and occasional floating ember from the many pyrotechnics used throughout the course of the show. The band donned fashionable red sweaters as they merrily played a variety of tunes, with sequin-clad director Mike Leckrone at the helm of it all. 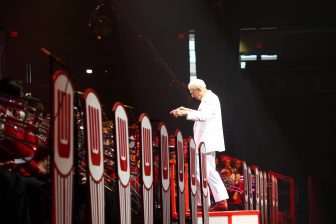 From time to time, Leckrone left assistant director Darin Olson to conduct the band so he could get rigged for flight. Two different flying chairs escorted Leckrone at the start of each act to additionally invigorate the crowd, but the most exciting moment came as Leckrone suspended himself freely in the air, even doing backflips over the audience.

The nearly three-hour long spectacular contained songs from many different eras and popular genres. For fans of the football team, highlights included fifth quarter section, “On and On and On Wisconsin,” and the final Varsity playoff to close the concert. The band left the confining space of the stage and ran into the audience to play crowd-pleasers like “Tequila” and “The Chicken Dance.” Jumbotrons captured signature images from this celebratory tradition, including a trombone player playing “The Chicken Dance” while in a backbend position.

Composed especially for the spring concert, “On and On and On Wisconsin” predicted how the gameday anthem would be performed if it were written in different parts of the world, culminating in a boogie swing version that kept the audience bopping along. For those who still needed to hear the strains of “On Wisconsin” after this piece, the band incorporated the first four notes of the tune into the end of almost every song they played. 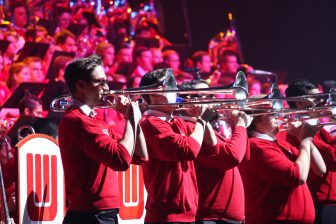 After an inspiring speech from Leckrone, the band played its final tunes together with added sentimentality. This was the last time this specific group would ever play together and many teary eyes could be seen on the jumbotron due to this. The tune gave way to “Varsity,” which brought the entire crowd to their feet to sway along to their Alma Mater.

Of course, the concert didn’t consist entirely of familiar tunes for UW fans. A guest appearance from Alfonso Horn, an aptly named and incredibly talented trumpeter, gave the band an occasion to play jazz classics. Horn’s contribution to the ensemble was amazing, especially as he seamlessly turned singing into trumpeting in his rendition of George Gershwin’s “Summertime.”

Musical theatre medleys from “West Side Story” and “Miss Saigon” created dramatic moments in the evening. Particularly stirring moments came in the “Miss Saigon” portion. Most of the band put their instruments at rest to sing “Bui Doi” together, a song evacuating white soldiers left behind about the children of the Vietnam War era. For those familiar with the source musical, there was indeed a helicopter simulation towards the end of the medley, which was both a pyrotechnical feat and a stunning showcase of the band’s ability to invest in the piece as if they were producing a broadway musical. 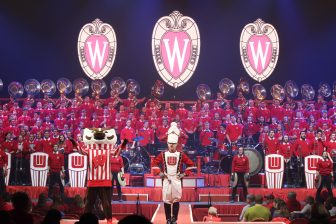 These serious moments were met with light-hearted brevity throughout the show, usually with Leckrone mentioning the tuba section. Another fun moment came from the trombone section’s performance of “I Want You Back,” complete with stylish sunglasses and groovy dance moves. Additional comical video interludes peppered into the performance, including features that made the drumline seem like a secret agent society and a riff on James Corden’s “Crosswalk Musical” series.

The Varsity Band Concert continued to bring a fantastical sense of showmanship to campus this spring and I am certainly looking forward to the 45th edition next April.