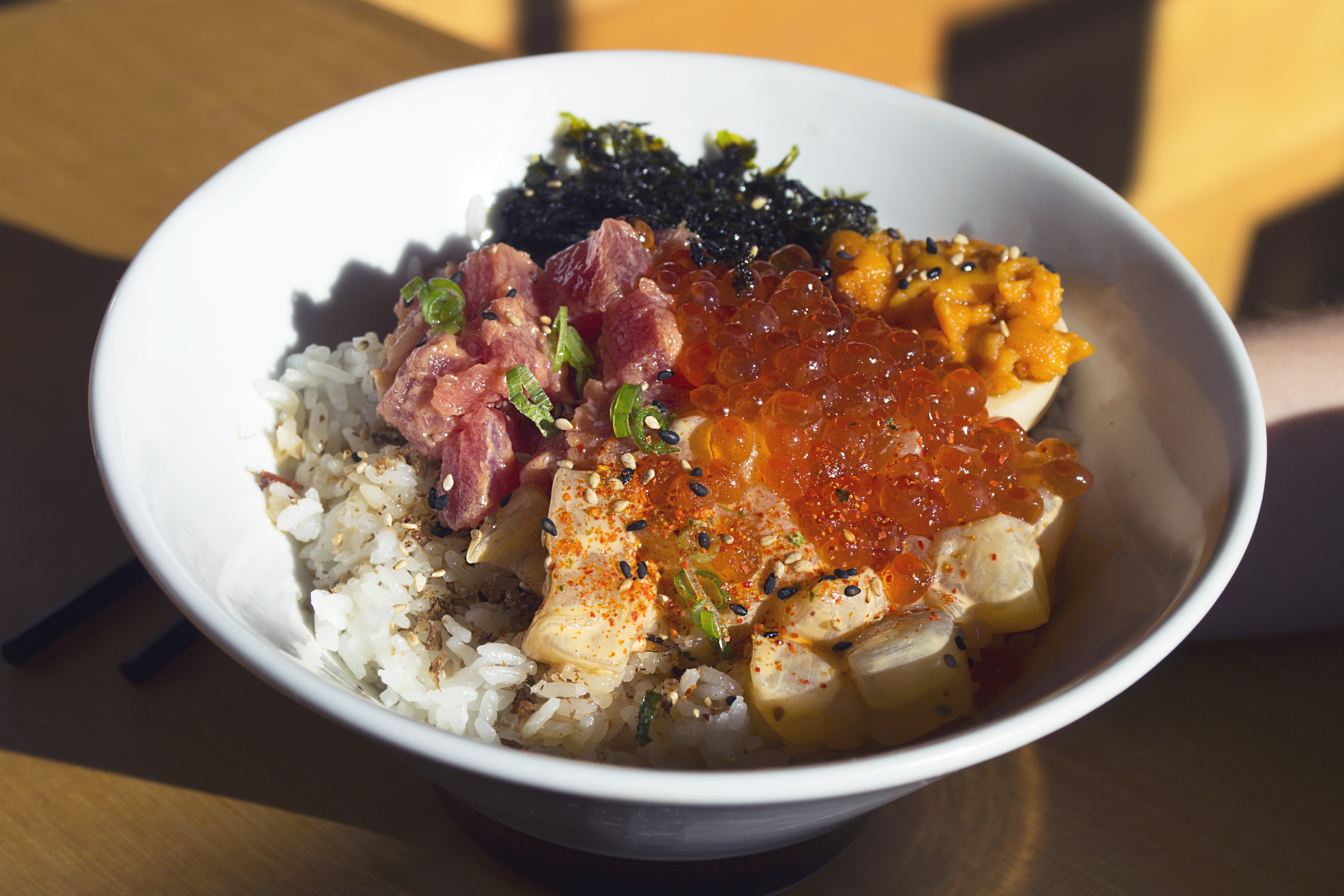 Strings Ramen Shop flew in under my radar from Chicago and I’ve been wanting to go there since their construction signs were taken down in February.

Strings lives on Frances Street right next to Ian’s Pizza and Dotty’s Dumpling Dowry. The inside is totally redone with plants hanging from the ceiling and modern decor to compliment the sleek open kitchen. It’s their first location outside of Chicago, where they make their own noodles by hand. They import their noodles from their Chicago restaurant directly into Madison.

I took my brother for his birthday. He loves food like I love food so I knew he’d enjoy it. I also brought my friend who has never had ramen, unless you count ramen from a packet. If you  fall into this category you should know that along with soup spoons and chopsticks, they have forks for the table. We ordered a little bit of everything, including some fun sodas and a milk tea. We were lucky enough to have Giles Hietpas, assistant general manager of Strings, walk us through the menu from beginning to end. 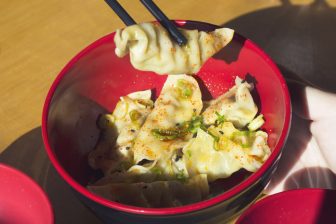 We started with pork sui gyoza (boiled dumplings), which are tossed in a spicy ponzu sauce. Hietpas warned us that this sauce was going to be so good we’d fight over who got to throw the rest of it back — and he was right. If it hadn’t been my brothers birthday, I would’ve put up a fight.

We each chose something different for our main dish from various sections of the menu. My favorite part about eating with other people is that I can usually finagle my way into splitting or at bare minimum snag a taste of everyone’s food. One of the great things about ramen is you’re served so much, people are usually happy to let you sample (as long as you don’t steal their soft boiled egg). I was extremely excited to try this broth though. It takes them two days to prep it, and once your bowl hits the table you’re supposed to slurp it down ASAP. It says so on their menu under “Ramen Guide 101.”

My brother went with the traditional tonkotsu ramen, topped with thick slices of kurobuta pork. The fat on this pork was so nicely done, it basically melted in your mouth. The soft boiled egg was done to perfection, which prompted my brother to ask if they had a special method.

“No special method, just being thorough when we’re testing eggs from each new delivery,” Hietpas replied. 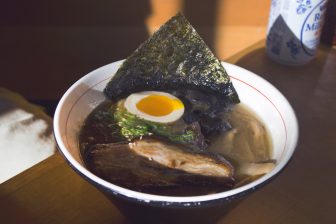 My ramen-virgin friend chose the spicy crab miso ramen. It has corn, scallions, bean sprouts and garlic. This was the table favorite, although I wouldn’t have called it “spicy” per se. Just a nice rolling flavor that made the corn taste even sweeter. The noodles soaked up the broth and I found myself stealing bites every time I put my camera down.

I ordered one of their seasonal donburi bowls, which is basically sashimi over rice. My bowl had a little bit of everything; creamy spicy tuna, spicy scallops, yuzu marinated salmon, ikura (caviar), uni (sea urchin), half of ajitsuke tamago, scallions, ginger, shredded nori, wasabi oil and soy sauce all served over Japanese white rice. I definitely was having ramen envy after trying everyone else’s, but for those who love sashimi, you should definitely order one of their donburi bowls.

They also have “Hell Ramen.” This stuff has five levels of heat. Hietpas himself stays below level three.

“Once you get to level three you have to deal with ghost peppers and that’s a huge jump from level two,” Hietpas warned.

For those who have a passion for pain, Strings has an intense challenge that you have to sign a waiver in order to compete because you will be in that much pain. 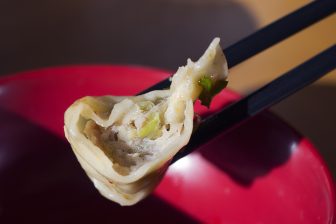 It’s titled the Monster Hell Challenge, but you can skip the pain and still buy the shirt for $19.95. One of the few winners of the competition was unable to smile for his champion picture because his face was numb. That’s level five, and I will not be partaking in that challenge. Ever. Suffer through the challenge, broth and all, in 20 minutes and you get a $50 gift certificate, a free Monster Hell t-shirt, and Strings will buy your ramen.

In the “Ramen Guide” you’re told it should take you less than 10 minutes to finish your bowl of ramen. You’re going to have a lot of broth left over, and if you’re still hungry you can order kae dama (more noodles). We were definitely way too stuffed for a refill, but all of a sudden when Hietpas mentioned dessert I found room.

I already knew I was going to like the mochi (ice cream wrapped in a chewy rice dough … I’ve been hooked on this stuff since 6th grade), which comes in two flavors: red bean and green tea. We then tried their two flavors of sasa dango, which are here for the spring season. These were like nothing I’ve tried before. I don’t think I ever recovered from thinking there was going to be ice cream inside and finding there was red bean paste instead. I’d pass on them in the future, but my brother seemed to like the flavor. The texture takes some getting used to. 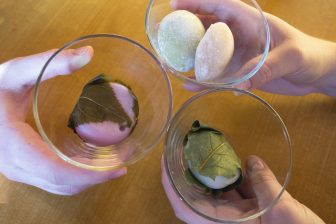 Since Madison is their newest location, Executive Chef Katie Dong has been spending the majority of her time here in Wisconsin. She designs the menus for all three locations. While we were there she never stopped moving in the kitchen.

Current hours are 5-10 p.m. Monday-Thursday, 11 a.m.-10 p.m. Friday-Sunday. Because the broth takes two days to make, after they sell out it’s gone until the next day. A first-come, first-serve joint with high stakes for us ramen lovers.

Be sure to check out Strings during your next flash ramen craving, or when you’re needing a hangover cure next weekend.