AJR’s performance was a truly beautiful work of art for seasoned fans and newcomers alike. The combination of Majestic Theater’s intimacy brought their Saturday evening show to an entirely new level.

The increasingly popular New York-based group gave fans nearly everything they could have wished for — except the kitchen sink — and made incredible use of lighting and breaks in the show, pushing and pulling fans’ emotions during the stellar concert.

An hour-long wait outside in Wisconsin’s “spring” weather was more than worth it as AJR gave their audience a wonderful variety of their unique sound. The combination of guitar, bass, drums, keyboards and a trumpet helped drive home AJR’s humble messages about their lives in an infectious way that gets fans standing up grooving to the beat and singing along. 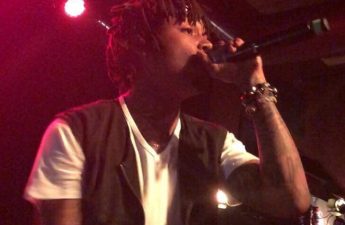 There were only a few moments during the show where fans were not audibly singing every word of the songs, which shows the successful and deep bond AJR has built with them through their honest music.

AJR made great use of their lighting during the show which added a wonderful spice to the venue.

Jack Met, AJR’s lead singer, talked about how the lighted cube-pyramid had not been used too much during the show and thought that needed to change as he pulled on some gloves to finish his outfit. Met performed a short dance, choreographed to the pyramid’s lights as the venue erupted with cheers.

AJR had a few laughs with fans as they took a break in the show to speak about some positive moments in their lives. The group discussed their enjoyment of a fan’s banner portraying band members’ pictures. They even joked about how their faces were in places they did not even know about, pointing at the banner. 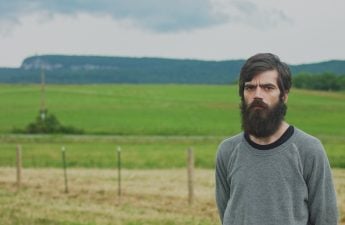 The band did take a few moments during the show to speak about the reality of their worlds. Met said people used to think the group was cute when they were younger and that it would just pass as they grew up — that they would grow up and move on. He added that as the band progressed years later, people thought it was just a hobby and they would find other things to do with their time.

Ryan Met, AJR’s keyboard player and singer, said the band decided to write about some of their more personal, scary moments and perform those songs. He said they originally wanted to write about topics that nearly everyone could relate to, but they realized that not everyone goes through the same things in life.

Upbeat, heartfelt music followed these slow, emotional moments, which truly showcased how much AJR used the crowds’ energy and emotions to give everyone a wonderful experience. There was a touch of bittersweet beauty in the air when they followed these moments up with a downtempo song — which was absolutely magical. 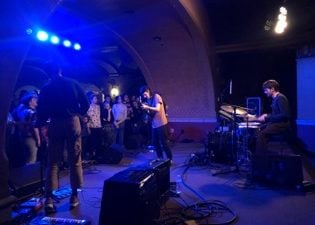 AJR’s use of audience engagement during the concert was the cherry on top. They made it more than a simple “clap on these beats.” AJR divided the crowd into several groups and had each section perform a different action, from stomping their feet to singing. It made the concert more enjoyable by leaps and bounds in comparison to artists who have the audience just clap to the beat.

AJR is definitely a band worth checking out even if they may not return to Madison for a while. Their unique sound is enough to keep listeners hooked and the fact that they released a new single this year accentuates they are not slowing down anytime soon.