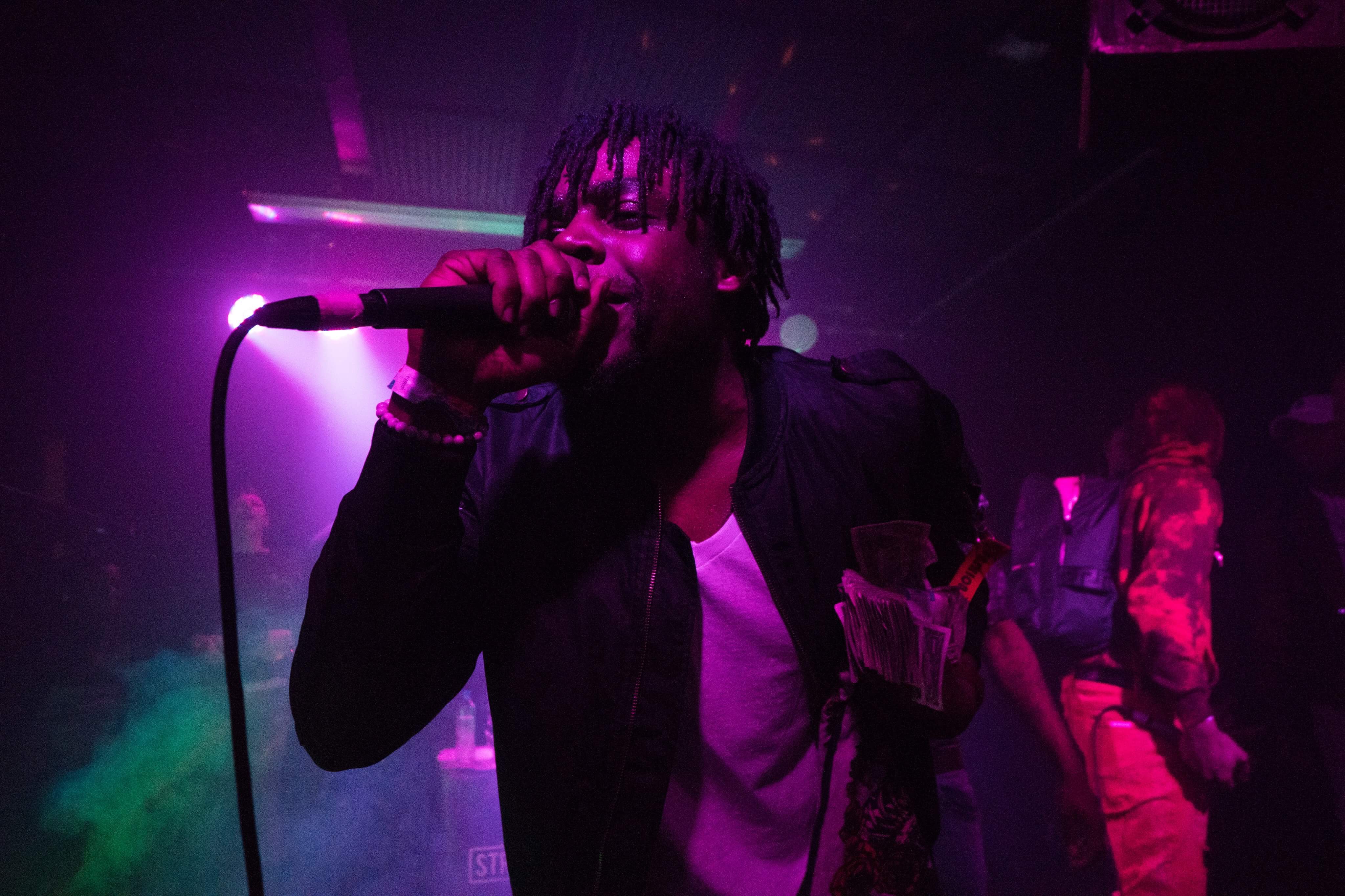 Live Undiscovered Music hosted their first event March 19 at The Frequency, and partnered with Strange Oasis Entertainment to put on a night-long concert featuring local rappers such as Smash E.N.T., 6Wisco, Kilo and more.

The bar venue has a long history within the Madison music scene. It was a great vibe the whole time, with drinks flowing and music bumping for people to enjoy.

With a lot of artists on the lineup, each set felt packed and exciting. The artists were all ready to go when their name was called, trying their best to outdo each other with each set. It was a great showing of the local music culture.

Before the concert, The Badger Herald sat down with the head of Strange Oasis Entertainment, Brennan Haelig, a former University of Wisconsin student who has managed to make his passion for music into a thriving talent management company.

Among his roster of artists is Minnesota rapper Lucien Parker, who has made a big splash in the past year, touring nationally and releasing numerous, well-received projects. DJay Mando, another former UW student who gained exposure by spinning at Liquid, also has signed with SOE, highlighting the commitment SOE has to promoting local talent.

This is a vein that connects LUM and SOE, as both of them see how hard it is to get up-and-coming artists the looks they need to get signed and make a living out of music.

LUM and SOE first became connected through a mutual friend, the studio engineer for SOE’s studio who just so happened to live with one of the co-founders of LUM. Haelig was told about LUM, what they were aiming to do with their new platform and how they planned on heavily promoting local artists for live music events.

“They came to the studio, and we talked, I saw they had a dope concept and the right mindset to make it work,” Haelig explained. “And this is a really good time for it.”

LUM is entering the streaming industry at a time when streaming is at an all-time high, while hip-hop has become arguably the largest music genre in America. Hip-hop and house music have been the driving forces of streaming. As hip-hop continues to grow, it seems only right that streaming will go with it, as a mutually beneficial relationship. Most of the artists currently signed up for LUM fall within the hip-hop or house range.

One of the largest and most innovative parts of LUM’s platform is creating a talent pool from which entertainment companies and labels can draw, being able to interact with lots of locals artists at once. This was on full display at the concert as a full lineup of local artists, giving performances and getting exposure for themselves with a new audience.

If this first concert is any indication as to what the future LUM events will be like, local artists will be flocking to perform at shows.