Brockhampton is the hottest new rap collective since Odd Future—except they aren’t just a rap collective. A self-proclaimed boy band, Brockhampton consists of rappers, singers, producers and directors who all live in the same house and create constantly.

In the past year alone, the group has released three full length albums: Saturation I, Saturation II and Saturation III. As their album titles suggest, Brockhampton’s mission was to saturate the music industry with so much quality music over the course of a short period of time that it would be impossible for their albums to fly under the radar.

With a sold-out tour, millions of music videos views and three of the most memorable albums of 2017, it appears their vision has begun to manifest itself. If their track record of creating an abundance of quality content holds up, we should be seeing a lot more from the group in the future.

What sets Brockhampton apart from most mainstream artists is their versatility, not only in the nature of the content they share with the world, but in the sounds they use throughout their albums. It’s impossible to nail the group down to a single genre, because their music has many different elements to it. 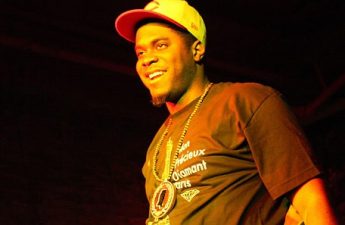 Sometimes they use beats with a smooth, classic hip-hop instrumental feel, seen in the songs “SWEET” or “GUMMY. Elsewhere, beats are completely out in left-field and use loud, aggressive samples such as police car sirens from “BOOGIE” or distorted bass with screaming vocals, on “HEAT.” Many of their tracks pair guitar samples with auto-tuned vocals to create emotional ballads, like on the song “WASTE.” There are elements of rap, pop and alternative hip-hop throughout their albums, giving listeners different sounds to vibe with and showing off their unique style of music.

The Saturation albums were highly anticipated before they were officially released, as Brockhampton posted music video after music video on their YouTube account, giving their listeners a taste of the album before it dropped. Their music videos weren’t made with a lot of money, but rather feature the DIY spirit that encompasses much of their music. They film themselves riding around in toy cars or destroying things in their backyards, all the while lip-syncing and paying special attention to their facial expressions. The videos are beautifully filmed and experiment with different color schemes—blue face paint, colored fog and black and white filters are all used in their videos.

The founding member of Brockhampton is Kevin Abstract, a Texas native who started producing music at age 11 and left home at age 15 to live with his sister in Georgia. Soon after, he released his debut solo album, American Boyfriend, and it garnered attention from many record labels. But Abstract chose to stay independent, as he wanted to create his own media company that was more than just a label.

He envisioned Brockhampton as a groundbreaking project, stating in an interview with Fader, “I think what we’re doing hasn’t really ever been done before because on one end, we’re a boy band and on the other end, we’re like this media company/ad agency. Also, we want to be a record label. So I’ve never really seen anything truly like it.”

Perhaps the last collective to attempt something similar to this huge project of creating a multi-media production company was Odd Future Wolf Gang, a group from which Brockhampton clearly draws inspiration from. But OFWG broke up years ago, with different members of the collective pursuing their solo careers.

What sets Brockhampton apart from Odd Future—and perhaps points towards a longer future for the group—is the atmosphere of brotherhood among the members. They rely on each other not only to push one another to be more creative and create better content, but also as roommates and brothers with whom they share life experiences.

Brockhampton fanatics can hopefully expect new music from their favorite boy band sooner rather than later, as the group has teased a 4th studio album, Team Effort, on Instagram, to be released in 2018. Until this next project, there is more than enough Brockhampton—from music to films to shows to merchandise—for fans to digest.

If you haven’t given Brockhampton a listen yet, it’s about damn time you do.