Two weeks ago, back from a decade-plus hiatus, former teen sensation Aaron Carter released a five-track EP. The “I Want Candy” singer and Backstreet Boys brother has a new EDM vibe very different from his previous work, but the music feels all too familiar.

Before the music though, the title stands out. Surely Carter does not intend to pronounce it as the punctuation suggests, so the extra additions for aesthetic purposes are unnecessary and mildly ridiculous. In an interview with Your EDM last month, Carter discussed coming up with the name LØVË. 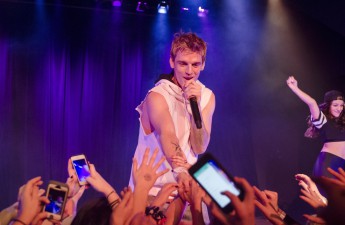 “Around the time when we were recording, there were a lot of things happening in my life that led me back to the idea of love,” Carter said.

So not only is the punctuation excessive, but the title itself is basic and unoriginal.

The music itself is subpar. If you want to listen to a song called “Fool’s Gold,” check out One Direction’s album Four instead. It seems it is becoming a trend for teen pop stars to get into pop rhythm and blues and EDM. Carter is trying to jump on the wagon while he can.

“Sooner or Later” definitely has a vibe similar to Justin Bieber’s “What Do You Mean?” Creative EDM is great when it’s not repetitive club music. Everyone has heard something similar to this EP. Carter has some work to do. 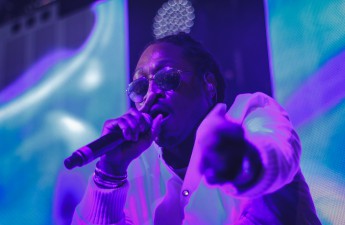 Future impresses with self-entitled album, prepares for possible new release this weekOne thing is always true about the Atlanta rap game, “It has refused to be ignored on a national and Read…

Doesn’t “Let Me Let You” sound like something off of Zayn’s Mind of Mine?

Maybe Carter’s too balanced on the line between EDM and pop R&B and needs to lean one way or the other. Maybe he needs to find his own sound. Maybe LØVË (pronounced with an ‘œ’ and a short ‘e’) is better when you’re not sober.