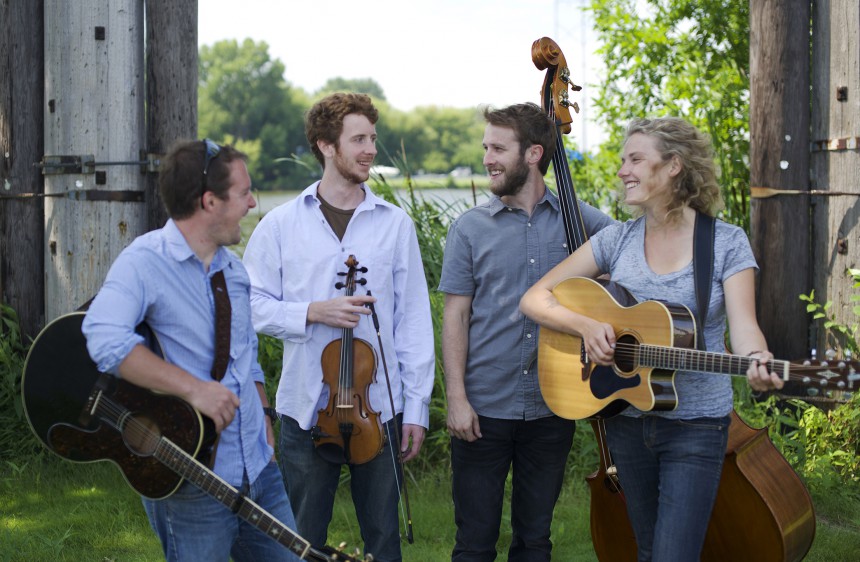 Most of the audience at the Dead Horses show knew it was going to be a great night when the first act, Simon Balto, walked to the front of the stage and, directing a quip at President Donald Trump’s adviser Kellyanne Conway, said, “This concert is dedicated to the victims of the Bowling Green massacre.”

From there, Balto welcomed the audience to the Majestic Friday evening with a relaxing and soulful set. For one of the final songs, Dead Horses’ guitarist Peter Raboin joined Balto onstage for a duet.

Following Balto, the female duo Seasaw took the stage. Between the two of them, they played the guitar, drums, keyboard, autoharp and violin — showing their obvious versatility and musicianship. Seasaw built up the energy from Balto’s set to get the crowd ready for Dead Horses.

A common theme of the night was “it’s good to be back in Madison,” as both Balto and Sarah Vos of Dead Horses expressed the sentiment and all three acts consider Wisconsin home.

Balto lived in Madison for more than a decade before moving to Indiana, Seasaw currently resides in Madison and Dead Horses originated in Oshkosh, but are currently based in Milwaukee.

Dead Horses truly put on an impressive show. Each musician was incredibly talented individually, and they all melded together to create an awe-inspiringly rich folk sound. For how calming the first few songs were, the crowd remained very energetic. Returning fans in the audience knew the show was only going to get more vibrant. 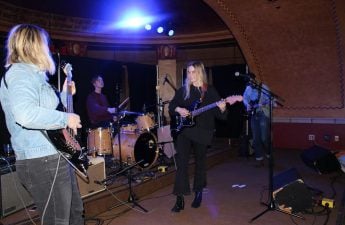 Covers of Neil Young’s “Harvest Moon” and a Bob Dylan tune got everyone singing along. The mandolin was definitely a special touch. From there, Dead Horses launched into some of their beloved bluegrass music, and Dan Wolff, on double bass and vocals, really showcased his talent. The floor shook as the crowd stomped their feet and clapped with the music.

After a band-initiated unanimous recognition that Wisconsin winters are generally too cold for anyone’s liking, Dead Horses played a few more songs and exited the stage. The crowd stomped and cheered for an encore.

To close their performance, Dead Horses played a few more songs and ended the concert with a particularly special finale. The four came to the front of the stage, quieted the audience and, without microphones or amps, played an upbeat, soulful bluegrass tune to end the night.

Audience members shushed each other as some tried to cheer. Each member of the band had a vocal solo and gave every last bit of energy they had. At this point, one could tell the band was both genuinely enjoying themselves and thoroughly captivating the audience. It was truly a special moment to witness.

Everyone was close together physically and emotionally and enjoying the music. If that isn’t what a concert is supposed to be, I can’t say I know what is.