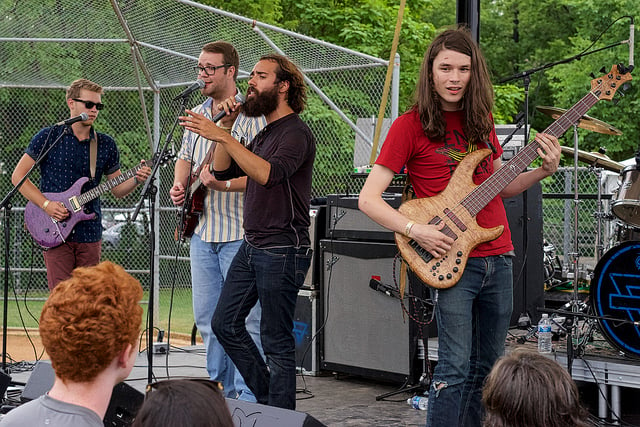 Rainbow Kitten Surprise brought a sold-out show to The Frequency Tuesday night. The packed crowd was full of fans and newbies alike, but they all came together in camaraderie.

The band gave a thrilling stage performance to the crowd. Each and every band member was incredibly enthusiastic about the music, especially the lead singer, Sam Melo. With just a mic in hand, he entertained the crowd by dancing and singing like his life depended on it.

The band’s sound is what sets it apart from most. The tone and quality of Melo’s voice is smooth and fluffy, yet powerful. It is comparable to Patrick Watson’s voice, though Melo’s voice definitely fits their acoustic, alternative sound. His voice is paired with a bushy beard and crazy eyes that seem to stare into listeners’ souls.

A noticeable aspect of Rainbow Kitten Surprise’s music is its rhythm. It seeps out of every aspect of their songs — the drums, vocal melodies and guitar riffs. It was impossible for the crowd not to dance during the set. Each song seemed to have its own unique rhythm, which kept the crowd always satisfied and never bored. You didn’t even have to know their music to have fun.

The crowd’s size and the amount of dancing made the venue stifling hot, but it was one of those times where you don’t care because you’re having too much fun. The band seemed to have the same feeling. Playing instruments and dancing left them sending sweat flying in all directions and gasping for breath between verses.

Their passion only pumped up the crowd more. Popular songs like “Devil Like Me,” “Cocaine Jesus,” “American Hero” and “That’s My Shit” not only made the crowd dance, but made the band members jump up and down to the beat of the songs like a single entity. The band told the crowd they like to make people dance, and it’s safe to say they met their goal.

Rainbow Kitten Surprise didn’t stay on the stage, either. For “American Soldier,” Melo hopped down and immersed himself in the crowd. During the encore song, he jumped into the audience and a random guy lifted him up onto his shoulders. 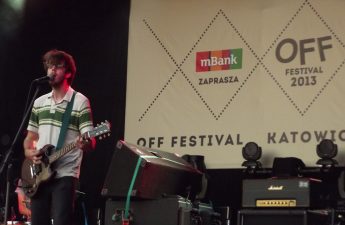 It was also during the encore that Melo took his shirt off to really get into it. I heard a guy next to me say, “That’s a cue for everyone to take their shirts off.”

During those last moments of the show, the crowd went crazy. Rainbow Kitten Surprise played a song called “Run” for their encore that sounded different from all their others. It had heavy guitar, slamming drums and lyrics that went, “Dollar bills, money, money, money, God I’m hungry for the kill, God I’m hungry for the kill.” The song had soul, passion and a sick, distorted electric guitar solo. It kept building and building until the band and the audience went wild.

Overall, Rainbow Kitten Surprise made a Tuesday night feel like a Saturday and sent everyone home impressed. The band is beginning to get their feet wet in the music world — they ended the last two years with some impressive successes. After seeing their live show, it’s evident to say they are headed to the top quickly.