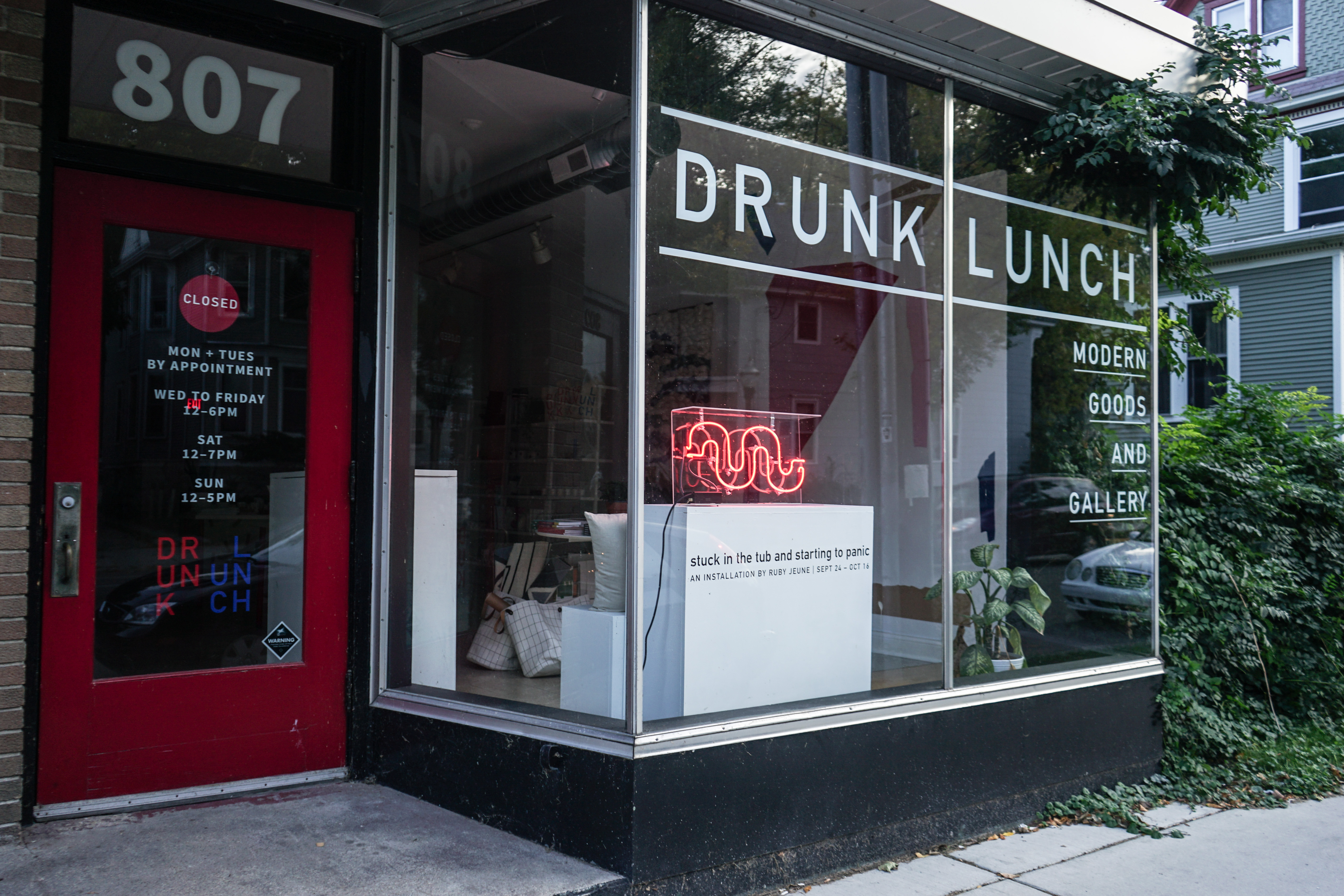 Drunk Lunch is the closest thing Madison can contribute to the emerging national scene of democratized art and specially sourced, meticulously selected retail.

Alyssa Williams Taylor has curated the gallery and overseen operations of the store since Drunk Lunch opened last November in the Tenney-Lapham neighborhood. Refusing to be “put into a box,” the business has since realized its potential, both as a place for people to contemplate art and to purchase meaningful, unique merchandise.

Currently, the space features an exhibition by artist Ruby Jeune, which centers on “tactile absorption.” In addition, obscure, but deliberate brands line the shelves of the small nook on the 800 block of East Johnson Street. Bringing the exhibits and retail to live was a careful process but not hesitant in the slightest, and it did not happen overnight.

“For the first six months, we threw a lot of things at the wall to see what would stick,” Williams Taylor said. “But now that the gallery is open, the focus is clearer.”

Though Drunk Lunch primarily features art and items for sale, the location has served as a free meeting place for NARAL Pro Choice Wisconsin, the Wisconsin Women’s Network and other local nonprofits.

The name, Williams Taylor said, comes from all the element of friendship she shares with friend Lindsey Slack. The two have shared several boozy meals together over the years, and wanted to commemorate these memories with the “fun, relevant and tongue-in-cheek” cooperative business.

But when it comes to the defining facets of the 1,300 square ft. gallery and store, Williams Taylor said it’s about distinguishing itself from the other locally-sourced stores and galleries in the Madison area.

“A lot of galleries here are ‘for rent,’ in that artists can pay a gallery to display their art. There’s no curatorial role in choosing which art to feature and how it will contribute to our distinct brand,” Williams Taylor said. “We focus on contemporary, forward-moving art that isn’t just based in Wisconsin.”

On top of that, there is difficulty in working through the prominent “buy local” mindset that often looms over consumption of art and goods in Madison. 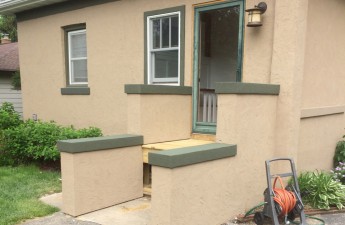 Bungalow Pros Interior Designs draws up unique homes tailored to style, needsWhile the bungalow may be fading out of the public living sphere, it still remains the home of choice for Read…

While much of her business is focused on bringing in art and brands not based in the state, there are a few distinct qualities that Williams Taylor draws from that are distinctly Wisconsin. For instance, her Drunk Lunch Guide to Madison, available on the space’s website, is a list of suggestions that she feels are quintessential for anyone new to Madison who doesn’t want to settle for an old fashioned at the Old Fashioned.

What is perhaps most striking about Drunk Lunch’s method of branding itself as a bolder, yet unassuming establishment is its combination of Madison’s tried-and-true way of fostering a sense of belonging and the notion that great art and great merchandise comes from everywhere.

“I’m trying to give excited, talented artists an outlet, no matter where they come from,” Williams Taylor said. “There’s a middle ground between that gallery in Greenpoint [in Brooklyn] and fucking Walmart.”

She promotes Drunk Lunch as an intersection of knowing what she wants for her business and her Wisconsin roots. An Oshkosh native, Williams Taylor worked as the social media director for the Underground Food Collective for several years. The mission of Drunk Lunch is to ring in things that push the boundaries of what small galleries and stores do in Wisconsin.

Though there is some risk involved, she said, the business is getting noticed for several reasons that are particularly beneficial for Madison.

“It’s taken a second for people to catch on [to Drunk Lunch], but places like New York and Los Angeles, where the DIY gallery/store scene is exploding, are oversaturated and too expensive for aspiring artists and business owners,” Williams Taylor said.  “If I opened my store in Logan Square in Chicago, I wouldn’t have to explain myself as much [as with] here. I’m taking a risk.”

Working alongside stores like Otherwilde in LA, and Nationale in Portland, Drunk Lunch aims to offer the largest range of art and product that one cannot find anywhere else in Wisconsin. For those who enjoy a good cocktail, a solid meal and hints of the world outside Badgerland, this environment refuses to settle for pretentiousness that several “buttoned-up” galleries settle for.

At the end of the day, Williams Taylor’s brainchild serves as a point where homegrown, Madison-centric sensibility meets cosmopolitan possibility. The business doesn’t have to be labeled a certain way, especially as it drives the spirited vibe of Madison’s Eastside.

“Things don’t always have to be so high-minded all the time,” Williams Taylor said.