Madison has been known for being a destination for touring acts, but this semester is something else entirely.

The Badger Herald selected a few concerts to keep an eye out for in the coming months, spanning from alternative rock to hip-hop and from electropop to folk. And, for what might be a first, Freakfest’s lineup is impressively exciting. Start making room in your schedule, Badgers. 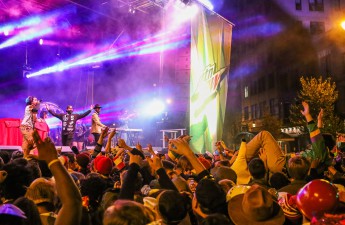 Rather, each song places Martin Courtney’s silvery vocal melodies and dreamy guitar riffs at the forefront, allowing each to shine but not in a glitzy or gaudy way. An added bonus of the sleek nature of their song’s arrangements: they sound almost exactly the same live as they do on studio recordings, with energy to boost.

After Schoolboy Q underwhelmed with Oxymoron, hip-hop fans waited with bated breath to see how the Top Dawg Entertainment rapper would follow it up. The result was Blank Face LP, a record that takes a dark, almost opaque look on America and its systems of racial inequality.

Over grimy beats, Q’s lyrics clinically dissect his formative environment of South Los Angeles and the challenges he and others faced in it with a chainsaw. That energy present on the tracks is sure to carry over live — plus he’ll be preceded by Joey Badass, a very talented emcee in his own right. 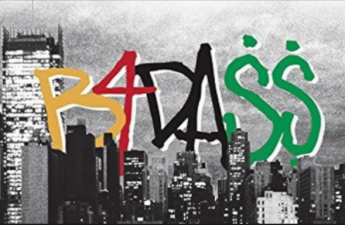 English sister folk trio The Staves are proof that simple songwriting can go a long way if it’s performed by immensely talented musicians — or in their case, vocalists. Each of their songs’ stripped down instrumental arrangements serve as rock solid foundations to support their sublime vocals. It’s easy to tell they’ve been singing together since childhood — their seamless and striking harmonies could only be accomplished when forged through years of practice. Their vocals also take on an another dimension live, cutting straight to the heart like a sharp, silver knife.

Electropop artists are a dime a dozen in today’s music world, but Purity Ring stands out like a diamond in a haystack. The Canadian pair have an innate ability to make music that’s both catchy and immensely intriguing, featuring repeating motifs like crisp snares, haunting vocals, clashing pristine and grimy synth patterns. They should provide the perfect show for anyone looking to dance haphazardly and get introspective all in one night.

For what seems like the first year ever, Freakfest has a decent lineup — just not a lot of people know it. Headliner Anderson .Paak may not have the star appeal as past headliners, but the quality of his music is significantly higher. For those unaware, he is an immensely talented rhythm and blues singer who can rap a bit as well. His band, The Free Nationals, provide him with striking backing arrangements that create his odd, yet velvety sound.

The Freakfest lineup is also littered with talented locals ranging from emcees Trapo, Lucien Parker and Rich Robbins to rockers The Kickback and country act the Adam Bartels Band. It’s sure to make for a great Halloween — just get to know the lineup.