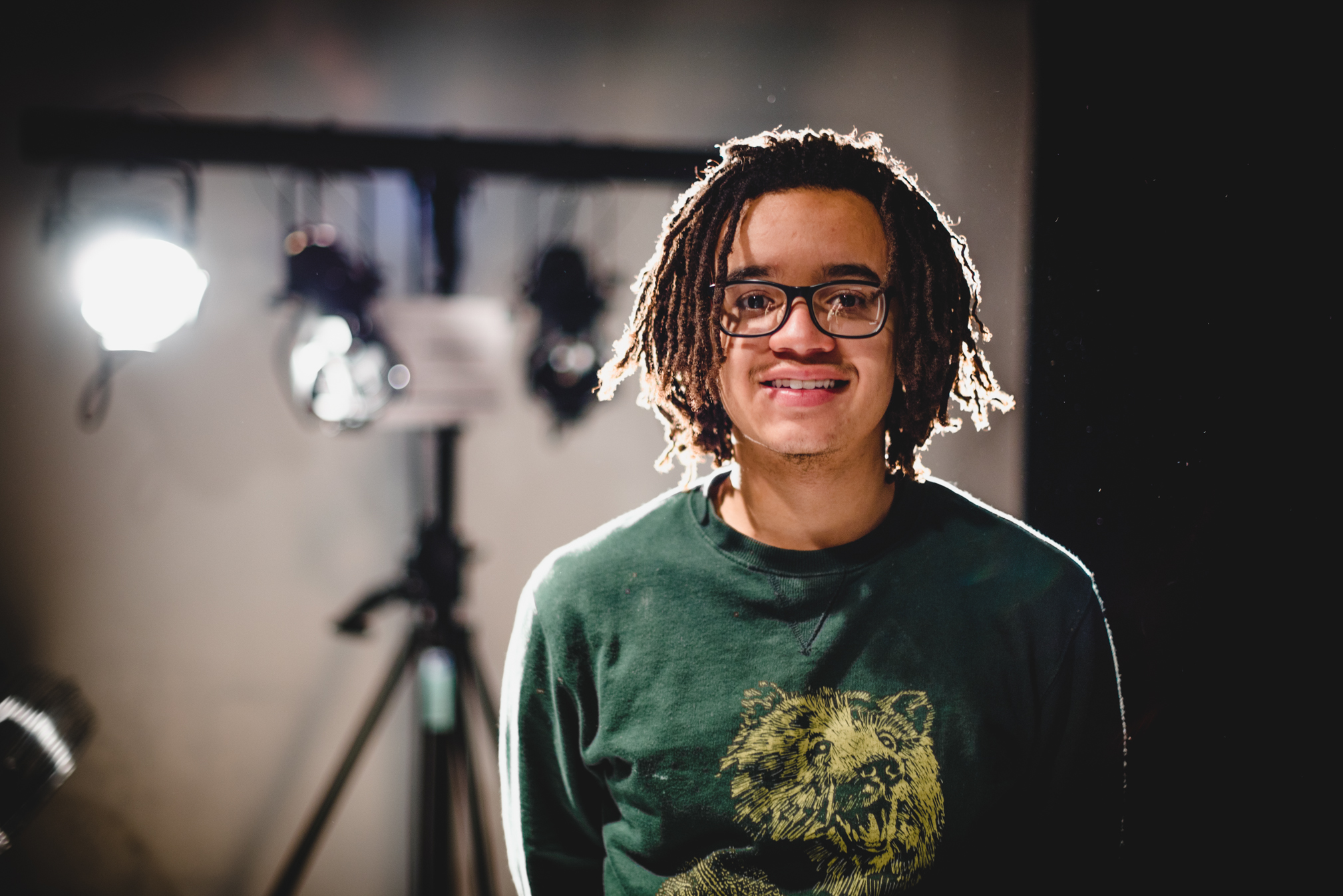 In the heart of Madison resides Bear — but instead of sharp canines and long claws, he’s armed with a killer voice and a passion for emotive folk music inspired by the natural world around him.

Eighteen-year-old musician Alberto Kanost has adopted a musical persona based off of his lifetime nickname — Bear.

“People started calling me Bear from middle school and all throughout high school,” Kanost said. “It kind of just stuck because teachers couldn’t pronounce Alberto without saying Al-Bear-Toe. So people called me Bear.”

Kanost’s passion and natural talent has humble beginnings. After listening to Mumford and Sons’ “The Cave” in middle school, he started teaching himself guitar. After that, there was no looking back.

Late in high school, Kanost said he became involved in several bands, eventually naming the collaborative process as Bear and the Forests. The name stemmed from a fascination with the animal itself, but also a passion for the natural world and its elements.

Bear In the Forest, as a solo venture, is the perfect name that encompasses Kanost’s acoustic, raw and spiritual sound. Within that sound, he wants to express his love of nature and the personal stories he’s collected throughout his young life.

Kanost will narrate the first collection of these stories in his upcoming EP, aptly titled Fickle Young Mind. The six-song project will feature tracks that explore the angst and emotional immaturity of adolescence. The songs were some of Kanost’s first experiments with creating his own melodies and production. With the help of local talent scouts and producers, the songs are being remastered and reinterpreted to create a polished product.

With the tracks already released on his SoundCloud, Kanost has already established a unique identity.  The simplistic and intimate fretting of the guitars laced with his looped and reverberated vocals create a hypnotizing atmosphere inspiring nostalgia with every word.

Songs like “Shine” and “Dancing With Moon” showcase not only Kanost’s emotive delivery, but his creative lyricism. On the latter, he sings a haunting melody and coos like a wolf howling at the moon — the embodiment of his folk sound and love of nature in beautiful union.

Even though most of his songs have been heard through recordings and digital downloads, Kanost wants to be a live performer above all. Throughout his teenage years and transition to Madison, he’s developed an intense love for singing real-time for folks.

“I think I was always just inspired by the passion in live performing and putting yourself out there,” Kanost said. “It’s always different every time you do it. It’s really a two-way street with people giving you their focus and you entertaining them. It’s just really intimate to play music for people and have them listen and vibe to it.”

As Kanost lands more gigs and releases his EP, people will start to recognize him and understand what he’s about. He put his main goal as simply and as eloquently as his music:

“In a world where our love and care for nature seems to become more and more irrelevant, I want to keep my love for it alive as well as my style and acoustic sound. ”