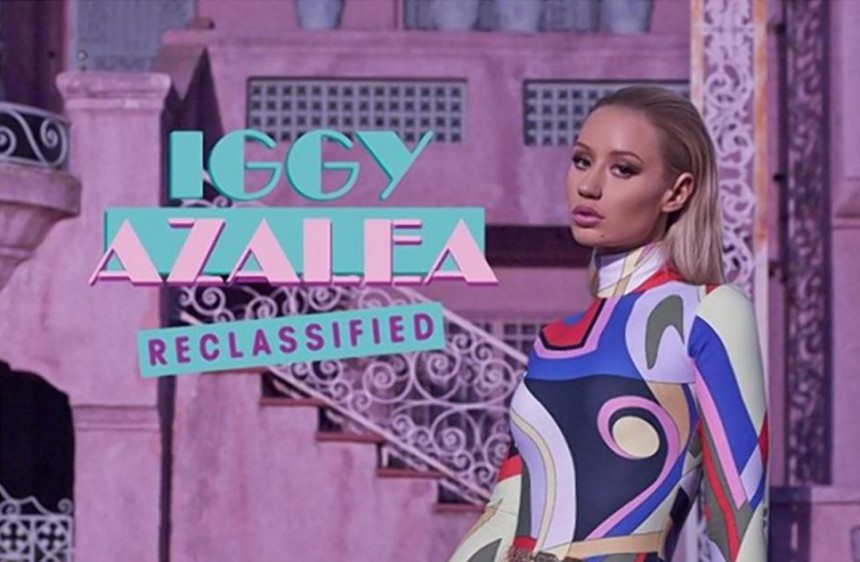 We all know how it goes: “First thing’s first, I’m the realest.” “Fancy,” released back in February 2014, is an empowering electro hop anthem flush with jagged synths, hip-hop chants and an undeniably commanding and memorable chorus.

I really wanted to like “Fancy.” It was a worthy addition to a burgeoning female-dominated pop landscape and neutral enough to please both genders. On “Fancy,” Azalea holds her own with an impressive performance while Charli XCX’s chorus necessitates collective drunken chants atop bar tabletops.

But it all seems phony. Maybe it’s just me, but there’s something about an Aussie white girl rapping in vocal blackface that feels deceptive and tasteless.

Still, many would disagree — never underestimate the culture of White America. Its popularity unwavering, “Fancy” broke records by holding the number-one spot on Billboard’s Hot 100 for seven consecutive weeks.

But Azalea couldn’t quite replicate that success. Two months later, she released her debut album, The New Classic, polarizing critics and listeners based on her questionable authenticity. And here we are seven months later with Reclassified, a trimmed re-release of The New Classic with five newly-recorded tracks.

Reclassified is just as nebulous as its predecessor. Azalea relinquishes her artistic agency to musical engineers and fails to highlight her strengths as a rap artist. In a way, Reclassified does exactly what its title articulates — it reclassifies Azalea as a directionless, manufactured product whose success has not yet been legitimized.

There’s nothing new here on Reclassified, nothing characteristically “Iggy Azalea” to latch on to. Her vocal performances bastardize 90s rap flow and evoke a scratchy, feline tone. And what she lacks in originality and wordplay, Azalea overcompensates for with insipid lyricism and a feigned American accent.

“It’s like I loved you so much and now I just hate you/Feeling stupid for all the time that I gave you,” Azalea raps on “Black Widow.” Azalea’s trite lyricism communicates a lack of novelty and recycles exhausted hip-hop tropes of money, fame and sex appeal. “If I told you what I’m worth, you would throw up/So have my money on time ‘fore I show up,” she continues on “Iggy SZN.”

But it’s on “Heavy Crown,” in a candid moment of irony, where Azalea is most telling. “Get rid of the makeup let us just see who you is,” she raps. For an Australian-born rapper who denies her roots and sits comfortably in American culture, Azalea seems to forget how much proverbial makeup she cakes on herself. Her lipstick is the illusion of originality and her eye shadow is the emphasis of fame. Azalea hides her true character. And with Reclassified, I still don’t know who Iggy Azalea really is.

Perhaps that uncertainty is what makes her appealing; she’s a cog in the music industry machine. On Reclassified, Azalea is placed into multiple genres to see what sticks: on “Don’t Need Y’all,” she’s Drake; on “Trouble,” she’s Motown; on “Black Widow,” she’s Katy Perry; and on “Change Your Life,” she’s Avicii. Besides “Fancy,” which reappears on Reclassified, Azalea has few ideas that she can truly call her own. Even “Beg for It” steals its chorus directly from “Fancy.” Azalea is trying to do too much, extending herself so much that there’s nothing really there.

However, album opener, “We In This Bitch,” deserves considerable praise. Here Azalea truly showcases her lyrical abilities. “Unpolished product of my environment/Trying to get the same type of love and respect as the peers I be rhyming with,” she raps. Its muffled beat, funky wah-wah guitar lick and spacey synth chorus gives Azalea ample space for lyrical play. The production is crisp and juxtaposes effectively with Azalea’s corrosive performance that invokes early 2000s Eminem. “What’s a world with no I-G-G in this bitch?” she asks. On “We In This Bitch,” she gives us a solid something to chew on.

But when the rest of the album’s supposed highlights come from the featured artists (Charli XCX, Ellie Goulding, Jennifer Hudson, etc.), Reclassified starts to sound like an album by Various Artists, with Azalea rapping on the sidelines. And that says something.

In an interview with The Guardian, Azalea said, “I don’t think of other people when I’m writing my songs…Sometimes a feature feels like asking for help.” In the context of Reclassified, Azalea starts to look like a rapper made of contradictions.

And with all of Azalea’s fame and fortune, “First thing’s first, I’m the realest,” sounds more like a coping mechanism rather than an actual declaration of success and originality.

Reclassified is composed of myriad re- words: redundant, rehashed, and recycled. And contrary to Iggy Azalea’s boasts, real is not one of them.