Council members voted to request the Department of Administration provide a framework for the program, which would provide 50 eligible families with $500 a month for 18 months, in addition to a personal financial coach, afforded by funds sourced from private philanthropy. Once the program is developed and approved, eligible Milwaukee residents will be able to apply and enroll on a first-come, first-serve basis.

A universal basic income is a “fixed income” that everyone receives from the government, regardless of employment or financial status. Similarly, basic income is a standard payment, but for pilot programs like the one proposed for Milwaukee, there are eligibility requirements so it is not technically “universal.”

Still, a basic income pilot is exciting news for financially struggling Milwaukee residents, especially given the positive outcomes from current programs in places like Stockton, California and Alaska, which has doled out a basic income dividend for residents since 1982 as part of its Alaska Permanent Fund.

The Milwaukee basic income pilot is largely based on the experiment currently underway in Stockton, called the Stockton Economic Empowerment Demonstration. Created by Mayor Michael Tubbs, SEED provides 125 residents with $500 a month, available through debit cards that program facilitators can track to determine where recipients are spending their money most, according to Citylab.

In Stockton, SEED offers a financial boost to residents where the median monthly income is just $1,800. When researchers tracked the recipients’ spending, they found that 40% went towards food and 12% was spent on utilities. The $500 monthly income increased their earnings by about 30%, and the checks empowered Stockton residents to feel more financially secure while working, or by having an additional, reliable source of income.

Common cents: Back-to-school budget tipsHey Badgers! Your time as an undergraduate presents a great opportunity for you to take control of your financial planning Read…

Though SEED is only a short-term test for basic income, the Alaska Permanent Fund Dividend has historically been successful.  Based on state oil revenues, the dividend fluctuates between $1,000 to $2,000, and is distributed each September.

Studies have shown that since 1982 — when the dividend was first introduced — the extra income has reduced poverty by about 20%, as of 2016. In addition, part-time employment actually increased in this time period, while there was no noticeable effect on full-time employment. In other words, the basic income likely covered fixed costs associated with working, such as child care or transportation, allowing residents to enter the labor force when they had previously faced financial obstacles.

Stockton and Alaska are just two of several examples where basic income has had proven success, and the idea of a universal basic income is so promising that it’s presidential candidate Andrew Yang’s signature proposal.

Yang plans to use revenue from a 10% value-added tax and consolidate current welfare programs to distribute $1,000 a month to every American over the age of 18.  Yang argues for a universal basic income on the basis that it would enable Americans to have the financial security to do something productive, whether it’s paying their bills each month or starting a business. 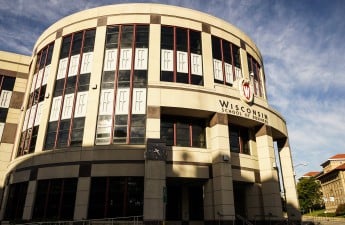 Though a universal basic income offers many possibilities to those who are financially insecure, there are critics who are quick to point out the obstacles a basic income could pose. Namely, funding these basic income experiments is costly, given that $450,000 is still needed to finance the Milwaukee pilot program. Not only that, but giving out what is essentially “free” money could cause inflation, as prices could increase once consumers have greater purchasing power.

While Yang counters this by invoking that firms will still need to compete to attract customers, it is unclear how his specific proposal would curb price increases. Also, Yang’s campaign has relied heavily on his “Freedom Dividend,” which, if elected, would be a clear expectation of voters.

According to Vox, Alaskan state residents’ reliance on the PFD has “left elections vulnerable to candidates willing to make unkeepable promises” regarding the annual level of the dividend.  If a universal basic income is ever implemented nationwide, later elections could very well be determined by how the basic income will be maintained.

It’s also important to note the idea of basic income is controversial based on longstanding individualistic American attitudes towards work. As Stockton Mayor Tubbs points out, Americans have “… this Puritan ethos of ‘I work hard. If you don’t work, you shouldn’t eat.’”

While the most obvious obstacle to implementing basic income may be financing it, there is still the added pressure of rejecting an ideology that how much you earn should be based on how much you work. 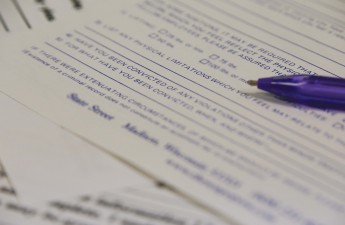 You After UW: How the Wisconsin labor market impacts students’ job searchSeptember, the U.S. national unemployment rate hit historic lows with a record level of 3.5%. Wisconsin is no exception to Read…

That said, basic income pilots are worth the “challenge,” according to Milwaukee District 6 Alder Milele Coggs. Coggs also claimed that though there are critics of basic income models, “we know that whatever models we have been using, have gotten us to where we are.”

A move to basic income is necessary on the basis that current means-tested government benefits are more restrictive and bureaucratic than basic income, as evidenced by limits much like those former Wisconsin Governor Scott Walker introduced.

As has been the case with the Stockton experiment, residents feel dignified when given the freedom to spend the basic income how they choose to do so, proving that a basic income is more than simply a potential replacement for welfare in the future, but a means of empowering Americans financially in ways that the wealthy have always afforded. Though Yang may not receive the nomination, his current popularity is a testament to Americans’ support for UBI, which will likely endure long after the 2020 election.