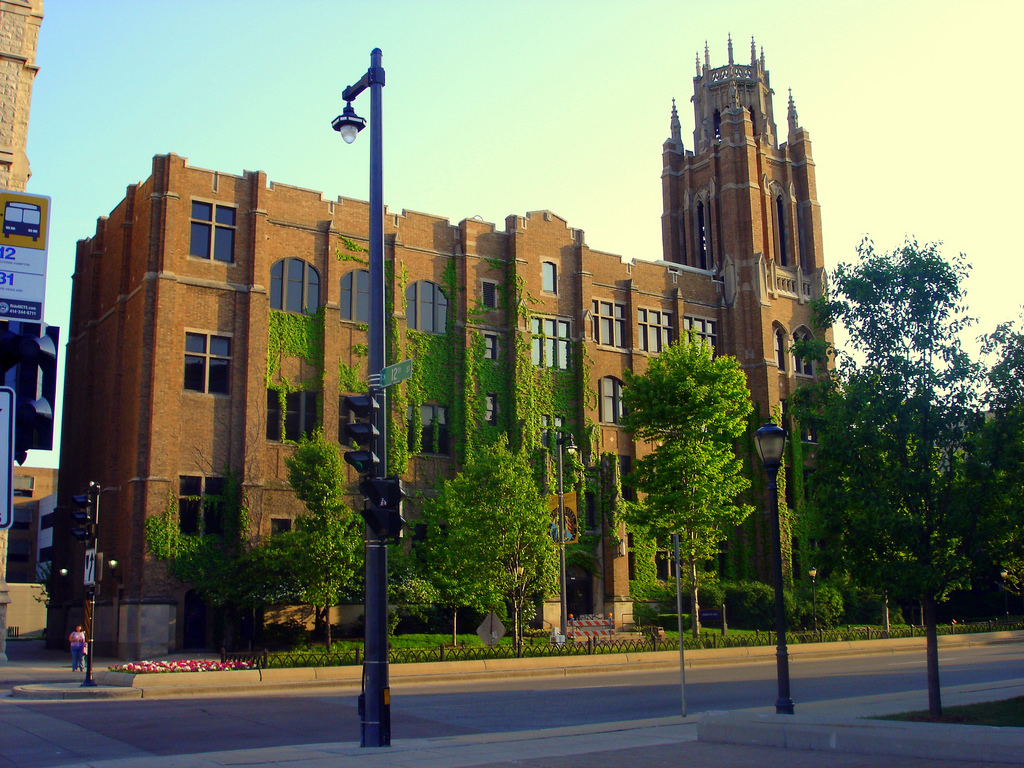 The “liberally-biased” higher education strikes again, this time apparently silencing the conservative voice of former Marquette University professor John McAdams, who is currently suspended without pay. He is suing the university on the basis that he lost his job after expressing disapproval of a teaching assistant’s attempt to stifle discussion about opposition to gay marriage — an intrusion on his freedom of speech. The case has long been percolating in conservative circles as yet another example of a liberal educational institution unjustly silencing the viewpoints of both a student and professor proudly belonging to the conservative minority on their campus.

Before jumping to conclusions, let’s set the scene a bit more. In 2014, Cheryl Abbate — then a graduate student at Marquette — was a teaching assistant for a philosophy class. During a discussion, Abbate was making a list of potential topics related to a philosophical theory, one of which was gay marriage. That topic was ultimately removed from the list of options.

After class, a student approached her and voiced his opposition to deeming gay marriage an undebatable topic, as he was anti-gay marriage and wanted to discuss the merits of his opinion with his classmates. The student, unbeknownst to Abbate, recorded their conversation, later giving the tape to McAdams, who used it as evidence of liberal bias at Marquette.

McAdams, armed with the testimony of a disgruntled conservative student and the illicit tape, takes to the internet and his contentious blog titled “Marquette Warrior,” which contains thousands of posts, many of which have caused previous controversy among university staff. Ranting and raving about the injustice of this incident, McAdams’ blog post hits the main points of the beloved conservative rhetoric that not only are they a minority on campuses, but that they are persecuted for their beliefs, that they should be allowed to spew homophobic, racist, sexist comments in any and all classrooms.

More importantly, McAdams included a link in said post to one of Abbate’s own blogs, a place where her personal information (last name, email address, position at Marquette) was listed. 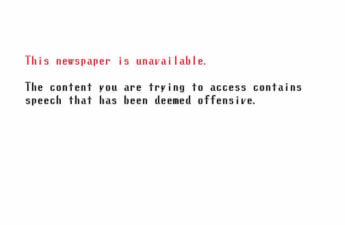 Herein lies the crux of the problem, from Marquette’s point of view. Not only did this publication of Abbate’s personal information result in a flood of threatening emails and endanger her safety on campus, eventually causing her to leave the university and pursue her doctorate elsewhere, but it directly violated the conduct standards outlined in McAdams’ contract that prohibit professors from placing negative attention on students.

Moreover, while the university had previously granted McAdams the freedom to publish whatever he wanted on his blog, as is his explicit right not only according to his contract with the university but also under the First Amendment, he had already been warned in 2011 about including students’ names or personal information in his posts.

So we have McAdams arguing that his First Amendment rights were grossly violated by Marquette, a liberal institution that is a “free fire zone where straight white males [and conservatives] are concerned,” and the university arguing that, had McAdams heeded their previous warning about the dissemination of students’ personal information in Abbate’s case, he could have not only continued teaching but continue publishing his blog.

The conservative rhetoric that they are victims of liberal oppression, that their opinions are not valued or respected at universities nationwide, that they feel unsafe expressing themselves, is bogus.

In today’s America, with a blatantly racist, bigoted president in Donald Trump, a conservative majority in both Congress and the Supreme Court and a rise in conservative news sources, the country is spilling over with emboldened, vocal conservatives shouting their opinions to anyone who will listen, and to those who rather wouldn’t as well.

Minority groups both including those aforementioned and others have consistently reported feeling like targets of the Trump administration and conservative legislation and that they no longer are welcome in the U.S. because of their identity, religion or color of their skin.

One of the few groups who have not been targets of hate crimes or speech are white, conservative men, who comprise the majority of the Republican party’s base and reap the newfound benefits of a government and a political climate that not only allows but encourages the targeting of minority groups. This pervasive notion that conservatives at universities are victims of oppression because their offensive opinions, such as those of McAdams, is dangerous. It shifts the focus away from their oftentimes harmful opinions and the effects they have on targeted groups, deflecting blame onto institutions and individuals who refuse to allow already marginalized groups to be blatantly targeted in their classrooms.

At the University of Wisconsin, according to the Campus Climate Survey released this fall, “white, and politically conservative students were more likely to feel respected, welcome and like they belong compared to other students.” Conservatives can’t have it both ways: They can’t feel simultaneously marginalized and victimized by the liberal hierarchy of a university campus while reporting on surveys that they’re respected, welcomed and comfortable at these same institutions.

Moreover, to use this position of comfort and respect that conservatives enjoy to argue for the right to — through their rhetoric — marginalize groups on campus that, according to the same survey, already feel less welcome on campus, is an egregious abuse of their privilege.

The First Amendment does protect McAdams when he publishes his bigoted opinions on his blog. The First Amendment protects the student disagreeing with Abbate after their class. But there comes a point when it’s not good enough to invoke the First Amendment, and this point comes when a student hides behind the protections it provides, using it to spit out faux-intellectual arguments in a philosophy class about why gay people don’t deserve to have rights or to bring speakers to a campus that blatantly insult students because of their identity.

Respect of identities, respect of differences, even if you personally do not agree with them, is something McAdams argues that Abbate lacked when making her decision not to discuss the merits of gay marriage, because she stifled the conservative viewpoint.

But respect of identities and respect of differences is a two way street: Had this student been allowed to voice his offensive opinions about sexual orientation and the immorality of gay marriage, how many students would feel targeted, disrespected or unsafe?