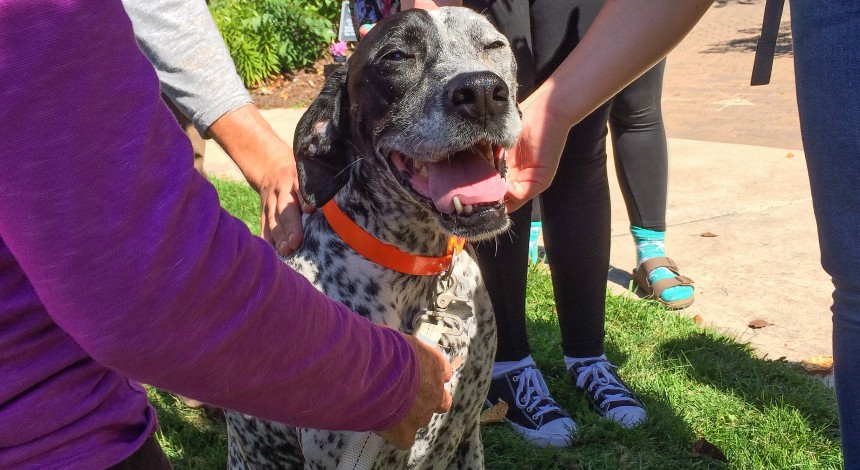 Economists have long put the price tag on a human life at around $10 million. And now, they’ve evaluated a price tag on the life of a dog as well — $10,000, according to a recent academic paper in the Cambridge University Press.

Written by University of Wisconsin Professor David Weimer, the paper used an estimation technique that is already applied to humans. Human life may be priceless, but there is a limit to what people are willing to pay to reduce their own risk of death.

“You can look at how people in the market are trading off money for reductions in mortality, or accepting money for higher mortality rates,” Weimer said. “So it’s based on people’s willingness to pay to avoid mortality.”

The value of statistical life, as this limit is known, is generally calculated by the extra salary people expect to make by entering professions with higher mortality risk. This is the limit that economists must consider when judging whether the cost of making something safer is worth it, be it buildings, planes, cars, medicines or even food.

It turns out that on average, the typical adult in the U.S. values their own life at around $10 million, an amount that has been verified through hundreds of studies, Weimer said. If an upgrade, initiative or intervention costs more per life saved, it is probably not worth it.

Because dogs can obviously not make financial decisions, the calculation for the value of dog life becomes more complicated. Until recently, no one had bothered to perform it.

The lack of estimate has proved to be a headache for the Food and Drug Administration. On several occasions in 2007, pets died after eating bad pet food that had been adulterated with ingredients imported from China. But when the FDA decided to craft regulations governing pet food safety, they ran into a problem — without an estimate for the value of dog and cat life, they could not value the benefits of safer pet food, Weimer said.

In the end, the FDA used the indirect cost of pet to human salmonella transmission, Weimer said, a creative solution albeit not an ideal one.

“It was just expediency, the best they could do,” Weimer said. “They didn’t know how to value dog lives, so they valued the indirect health benefits to people from safer dog food. If you have better control of dog food, it’s less likely to convey salmonella, and so fewer people get sick.”

But after grabbing breakfast with a chief economist at the FDA and listening to him bemoan the fact that no one had computed a value for pet life, Weimer decided to take on the challenge. Spending the money in his professor’s fund, which is given to professors upon their tenure, Weimer embarked on a type of survey known as a contingent valuation, a type of survey that uses hypothetical scenarios to assign economic value.

Respondents, all dog owners, were asked how they would respond to a hypothetical scenario in which canine influenza was spreading among local dogs in their area. The dog owners were told that their dog had a 12% chance of contracting the disease and dying. The survey then asked respondents to bid on a vaccine that reduced that mortality risk to two percent.

UW economist explains state of Wisconsin economy during COVID-19 pandemicThe Center for Research on the Wisconsin Economy held a virtual discussion about COVID-19’s impact on Wisconsin’s economy, which included Read…

After doing some math and controlling for income, Weimer calculated that $6,760 as a conservative estimate for what the typical dog owner values the life of their dog at. The $6,760 figure quickly rises depending on computational nuances, how plausibly respondents treat the hypothetical and whether the owner viewed the dog as a family member, so Weimer decided to settle on $10,000.

“Looking at everything, we thought $10,000 would be a nice, round number as a starting point [for future studies],” Weimer said. “This is the first one for dogs, so to get confidence in this, we want to have more of these studies — and I suspect other people will replicate it, and we’ll see what numbers they come up with.”

Lately, Weimer has received some calls from pet lawyers who are interested in his paper because it provides a basis for compensation in the event of a wrongful death of a pet. Currently in many states, an owner might only be entitled to the cost to replace their dog, and that value for a shelter dog is essentially zero.

Though having a value for dog life is useful, people may view their pets as family members. It is probably impossible to attach a dollar amount to the emotional support dogs provide to humans. Thousands of years of domestication have made dogs perfect companions for humans. In the modern era, they are regularly used in therapy.

“I think there’s just a natural connection there,” Sullivan said. “[The dogs] don’t ask questions, they’re not judgmental. They’re just there. They don’t look at these kids who may have stitches running all the way across their faces, or who’ve lost their hair due to chemotherapy. The dogs don’t care. And the kids know that.”

During the visits, the children light up, Sullivan said. Parents often tell her that the visits are their child’s first time smiling in weeks.

It is not just Sullivan’s perception that the visits are helpful. Researchers studying the program in 2002 noted pediatric patients who played with pets had improved mood and thought less about their illness. 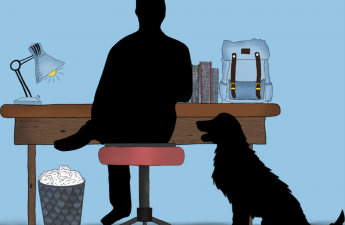 A Cause for Paws: Students turn to four-legged friends in times of stressStudents gathered in the Sellery residence hall lobby after a long day of classes, work, internships and studying. With midterm Read…

According to the CDC, the benefits of pet ownership include lower blood pressure, lower levels of triglycerides, reduction in cholesterol and few symptoms of loneliness and depression.

The Pet Pals program uses a rigorous criteria when evaluating potential dogs. Dogs must be able to sit still for long periods of time and not be easily excitable, Sullivan said.

“We’re looking for dogs that really enjoy sitting with kids, having kids pet them, and talk to them,” Sullivan said. “These are sick kids. You know, they’ve got IVs, they’ve got chest tubes, they’re not feeling well, they’ve been poked and prodded, they’ve had surgeries. And they don’t want to play, they want to just hug, hang out with and pet the dog.