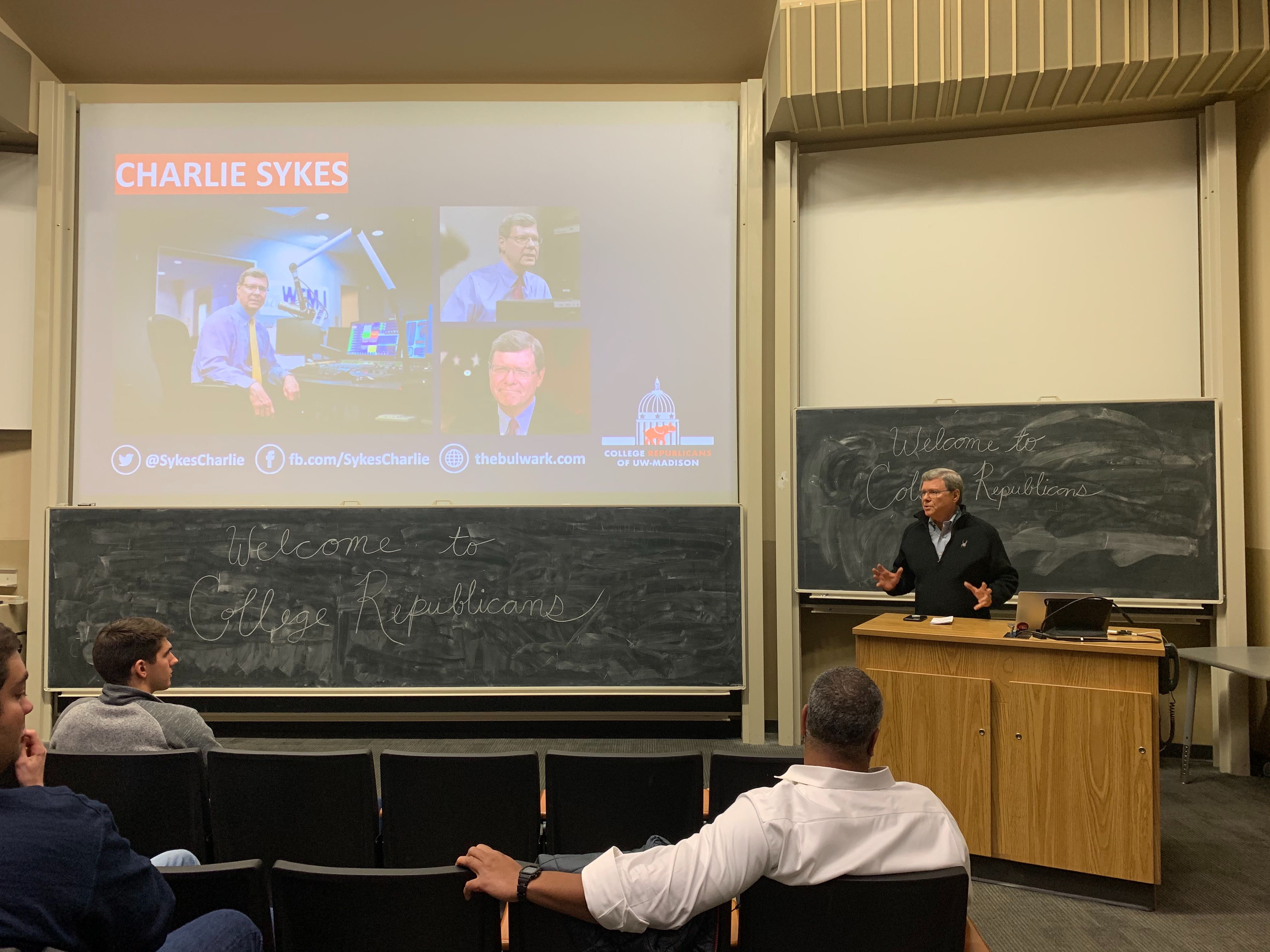 Conservative author and political commentator Charlie Sykes spoke to the University of Wisconsin College Republicans about his opinions on the current state of the Republican party amidst the ongoing impeachment inquiry into President Trump Tuesday night.

Sykes currently hosts The Weekly Standard podcast and contributes to MSNBC. He has also written eight books. Sykes’ newest work, “How the Right Lost Its Mind,” explains his opposition to President Trump and modern right-wing media. 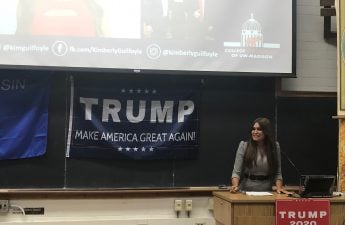 Prompted by a question from College Republican Chairman Ryan Christens, Sykes spoke on an incident that occurred Oct. 9 where a student taped anti-Trump posters on the College Republicans’ office in the Student Activity Center.

“I read all the stories, and I shared the news with people who are also in this university world, and we thought you guys came off like snowflakes,” Sykes said. “It looked like to me that you were assaulted by someone with a piece of paper and words.”

UW is currently looking into the incident to determine appropriate action. 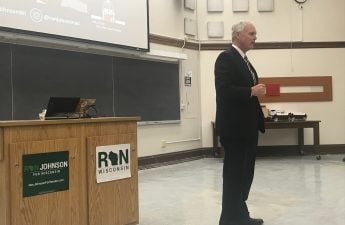 Sykes also gave advice for College Republicans members, promoting the formation of individual ideas rather than falling for the “cult of personality.”

“It’s easy and it’s comforting to find a bubble that will make you feel good about yourselves,” Sykes said. “It’s also deadly in the long run because it will habituate you to believing things that are not true, or to rationalize in a way that is fundamentally dishonest.”

Sykes said his position as a conservative who also contributes to a left-leaning network has alerted him to the two alternative realities that liberals and conservatives experience. He also said students shouldn’t focus too much on the ambitions of one individual candidate.

Christens asked what Sykes’ intentions were in visiting UW.

“I had the sense that perhaps I had something to say that you perhaps needed to hear,” Sykes said.