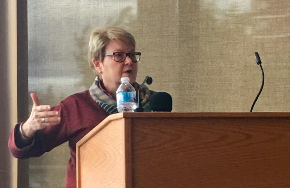 Professor Charlotte Bunch of Rutgers University spoke Thursday night at the Pyle Center about how feminism and human rights have intersected during the last three decades.

The talk highlighted the women’s rights movement, the human’s right movement and the LGBTQ+ movement.

Bunch started her career as an activist during the black civil rights movement. Afterward, she shifted focus to women’s rights and human’s rights. She is currently a professor in the Women and Gender Studies department.

“The U.S. talks about women’s rights or racial issues always as a ‘special interest’ as if it were not somehow the interest of all of us,” Bunch said.

Bunch said many people think they only have the right to talk about the movements which directly affect their living conditions. 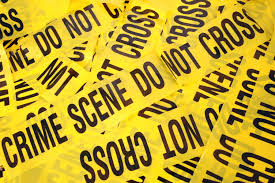 Bunch said that’s not true, the important thing is to open a discussion and learn from others about their experiences.

“I believe that we have to speak to all experiences,” Bunch said. “That doesn’t mean that we speak for other people, that means that we learn from other people how to speak about the conditions that oppress them.”

In regards to the women’s rights movements, the most progressive thing to come out of the last 30 years is the increase in reporters covering these issues, Bunch said. Reporters have covered issues like the right to food or the right to housing, she said.

Along with an increased public reporting on women’s issues, Bunch said the increased number of people who are talking about tough issues associated with human rights like sexual violence, discrimination and preset cultural gender ideologies encourage her. 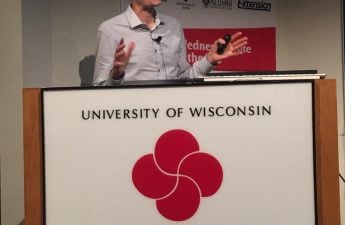 Bunch said she has not lost hope for the U.S., and she has seen many positive changes created by activists all over the world.

The child climate activists whom have taken action over the past two years have expressed a very powerful voice in society, Bunch said. She said this kind of activism from children should bring a sense of shame to us.