A recent report highlighted the state of Wisconsin as having the fourth largest decline in higher education funding in the U.S. from 2013-18.

According to U.S. News and World Report, the University of Wisconsin ranked among the top 50 universities in the country with the university’s insurance, marketing, real estate and chemical engineering undergraduate programs all ranking well within the top ten nationally.

The root causes of such a decline vary, stemming from as far back as the recession of 2008, according to UW professor Noel Radomski.

“It took time for state revenue to return to pre-recession level,” Radomski said. “Wisconsin’s economy relies heavily on agriculture and manufacturing, and those industries are often the slowest to recover.”

Radomski said pessimism regarding the state of higher education stems from the fact that university funding is very much a multi-layered issue. Higher education in the state includes both the UW System and the Wisconsin technical college system, which is funded with local revenue.

Radomski added every state is unique in terms of what it considers revenue for higher education. Therefore, it is difficult to compare and rank states in order of decreasing higher education funding as the criteria to do so for each state is entirely different.

The degree to which Wisconsin’s higher education funding has recovered from the Great Recession is unclear, simply because reports on the issue conflict with one another, as seen through two separate reports from the State Higher Education Executive Office.

According to SHEEO, in 2017, Wisconsin’s investment in higher education had reached a level higher than before 2008, while a second SHEEO report published in 2019 has experienced a significant decline in educational appropriations.

According to the Wisconsin Department of Agriculture, Trade, and Consumer Protection, agriculture accounts for 11.9 percent of the state’s employment and every one agricultural job supports 1.46 other jobs in Wisconsin.

As the agricultural industry was bludgeoned by the economic downturn of the late 2000’s, the result was a significant decrease in revenue for the state, Radomski said.

According to state Rep. Melissa Sargent, D-Madison, former Gov. Scott Walker is to blame for the decline in higher education funding.

“Gov. Walker didn’t prioritize investing in education,” Sargent said. “Gov. Walker gave $4.5 billion to Foxconn. He essentially gave away money to corporations and wealthy people in the community — now there is a real shift.”

The shift Sargent was referring to was the recent election of Gov. Tony Evers and his stated commitment to prioritizing education funding at a variety of levels across the state.

Recently, Evers held a budget listening session in Oshkosh, Wisconsin during which he discussed higher education throughout the state, among a variety of other topics, The Oshkosh Northwestern reported. 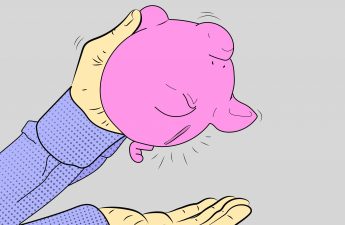 The concept of actively seeking out and speaking with constituents has become a vital cornerstone of Evers’ political strategy according to Sargent.

“It’s a matter of evaluating and valuing people in educational institutions … he’s putting more money into education as opposed to corporations,” Sargent said. “The government should be about listening to the people.”

Proposed increases in higher education funding would come from allocating more of Wisconsin’s state tax revenue toward both the UW System and the state technical colleges’ central office. To address the cost of attending university, it is likely that a tuition freeze will be put into place, according to Radomski.

However, while Radomski remained optimistic regarding the future of UW-Madison, he expressed concern for the trajectory of other schools in the UW System as well as that of the state’s technical schools.

Radomski added that UW-Madison is different from other schools because of high revenue. UW-Madison has two endowments of about $7 billion and a high international student demand — other schools don’t have these advantages, he explained.

As Evers’ administration moves to increase higher education funding while simultaneously addressing tuition costs for students, the Democrats of the state Legislature are confident in the future of higher education in the state, according to Sargent.

Yet, Radomski isn’t as hopeful in the future of universities throughout the state, highlighting issues such as shifts in population as roadblocks to higher education.

“My prediction is that it [higher education funding] is going to decrease due to demography. We have an aging population. We will have to pay more into Medicaid. There’s no way around it,” Radomski said. “We could increase tuition but that obviously upsets people.”