The first of the amendments to pass was the funding of the Eviction Legal Services. Its purpose is to provide lawyers and legal consult to people struggling with affordable housing and evictions.

Ald. Marsha Rummel, District 6, spoke up for the program.

“If we really want to support violence prevention, peer support and stabilizing families, this is a really important project,” Rummel said.

Another major amendment passed was one to fund a pilot program for police-worn body cameras. Madison Police Department chief Mike Koval supported the action because he wants “open records” for his police force. 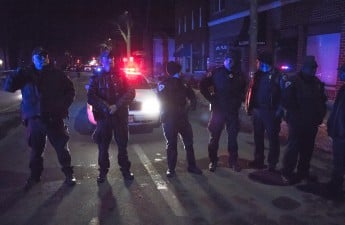 The amended budget will also fund the addition of three new police officers. Koval said this was a necessary expenditure because MPD needs more patrol officers.

Among contested amendments that ultimately did not pass was the funding of a potential internship for an engineering student at University of Wisconsin to work with new technology to filter carbon dioxide out of the air.

Ald. David Ahrens, District 15, argued against the project and said the technology we have at our disposal means we do not need to introduce new technology.

“We should leave these kind of experiments to MIT labs,” Ahrens said.

Ald. Amanda Hall, District 3, was in favor of the internship to expand technology for the city. She stressed that if the city wants to see improvements and technological advancements, they need to give credit to new technology to let it expand and improve. 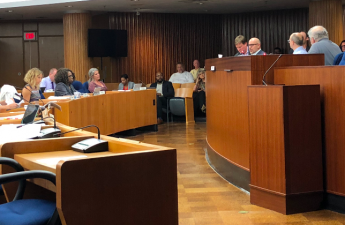 Another proposed amendment was to expand service for Madison’s Metro system on the weekends. However, the motion did not pass.

“I’ve talked to a lot of people, and it’s very difficult using Metro services on the weekends to get to their jobs, and their appointments, and their necessities … I understand this is a lot of money, but a lot of people depend on Metro for their daily lives,” Palm said.

The finance committee ultimately approved 19 of the 33 proposed amendments to the budget.

Before the city’s operating budget for 2019 is officially adopted, city council must approve it.