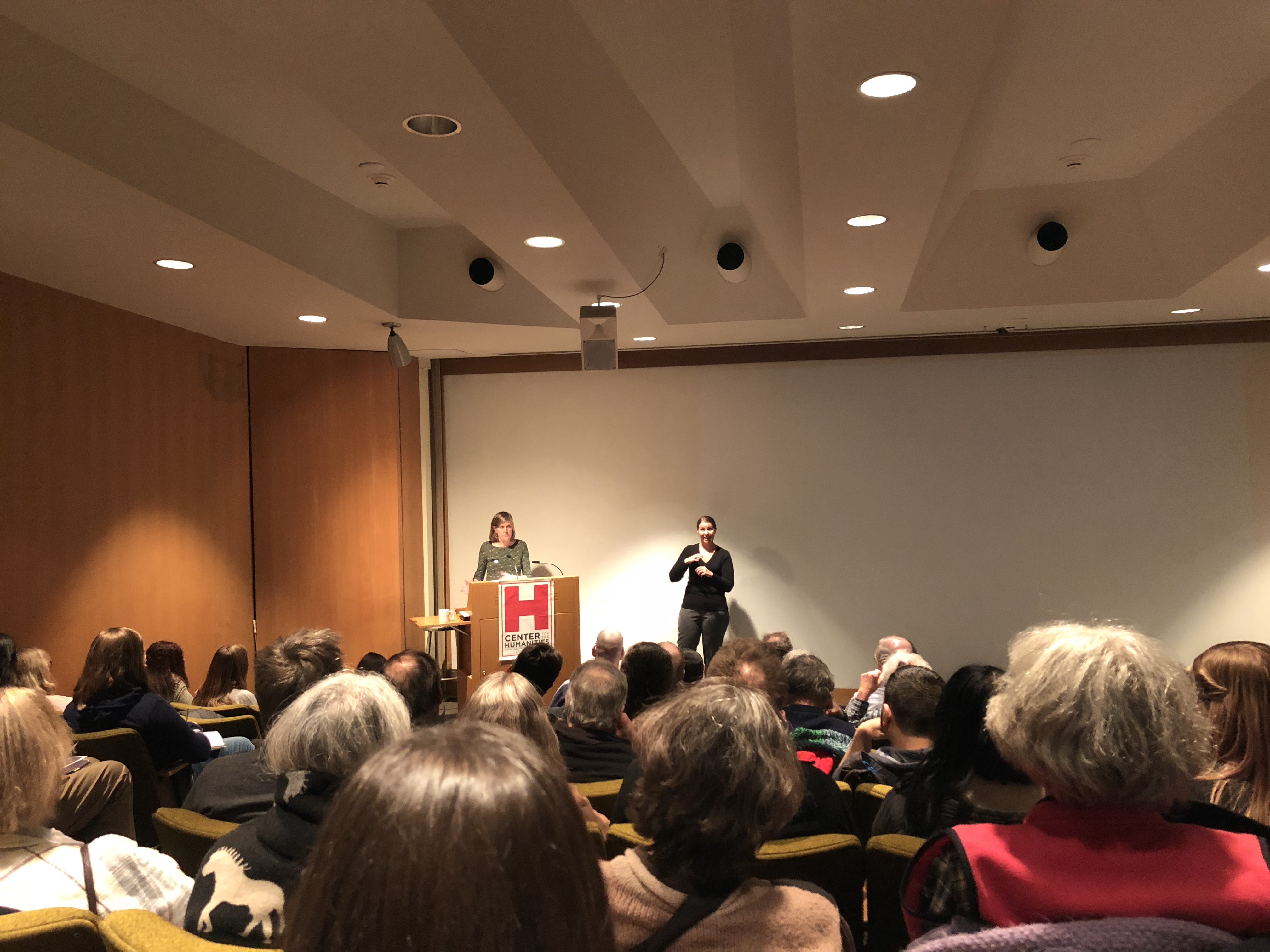 An author with personal ties to Rachel Carson and her seminal 1962 environmental activist book “Silent Spring,” said our current ecological state is worse than the one Carson fought against and explained how to fight against climate change Monday night.

Sandra Steingraber — a biologist, author and cancer survivor — is authoring a collection of Carson’s works for the Library of America, a non-profit that reprints classic American books.

As Steingraber said, “Silent Spring” is having a “moment.” The book was selected as this year’s text for the Great World Texts program, in which 1,000 high schoolers across Wisconsin read Carson’s examination of 19 different pesticides and their effects on the environment, animals and people’s health.

“They were on fire with it,” Steingraber said of the high schoolers. “They saw the connections between Carson’s portrait of courage, her attempt to bring science into the public arena and confront very powerful forces within industry who were so quick to discredit her … and the [historical moment] they themselves find in now, including the campaign to stand up to the National Rifle Association.” 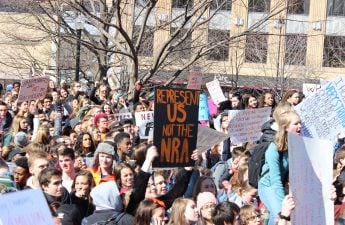 Steingraber found personal connections to Carson, too, in ways both intimate and far-reaching. They both fought breast cancer and were women in the male-dominated and “sexist” field of science, poets, authors and environmental activists.

When it was released in 1962, Steingraber said her father, a staunch Republican, adapted “Silent Spring” into a textbook so he could teach it in a high school business class. The book also influenced Steingraber to put down the pesticide gun and instead, ship in ladybugs and praying mantises to fight weeds in his garden.

From bus drivers to college professors, people would walk through the streets with the book under their arms, Steingraber said. It would eventually sell two million copies, contribute to the Environmental Protection Agency’s formation, introduce a flurry of regulations, ban a half dozen pesticides – including DDT – and bring the 1950s environmentalist movement into the mainstream.

The connections extend even further, Steingraber said. Carson wrote the book in the height of Cold War aggressions, when Republicans dominated the federal government and the earth was facing ecological catastrophe from unrestrained capitalism.

“For many years, public-spirited citizens throughout the country have been working for conservation and natural resources, realizing their vital importance to our nation. Apparently, their hard-won progress is to be wiped out, as a politically-minded administration returns us to the dark ages of unrestrained exploitation and destruction,” Carson wrote in a letter criticizing the Eisenhower Administration. 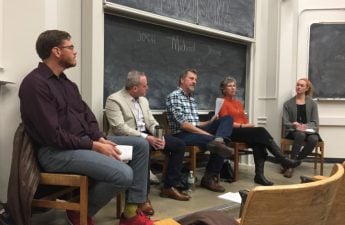 To change the tide before climate catastrophe and to resist “well-informed futility syndrome” — the feeling of guilt and sadness that comes from feeling hapless in the face of an imposing threat — Steingraber encouraged people to live “heroic lives” and magnify their actions to match the problem.

Steingraber said she has led a heroic life against climate change, participating in mass demonstrations of civil disobedience which placed her in jail for long periods of time. Through her efforts, Steingraber said she and her colleagues helped to ban fracking in New York.

In an address to the National Audubon Society a few months before she died of cancer, Carson called for others to live heroically.

“And so the effort must and shall go on. Although the task will never be ended, we much engage in it with a patience that refuses to be turned aside, with a determination to overcome obstacles and with pride that it is our privilege to contribute so greatly,” Carson said.