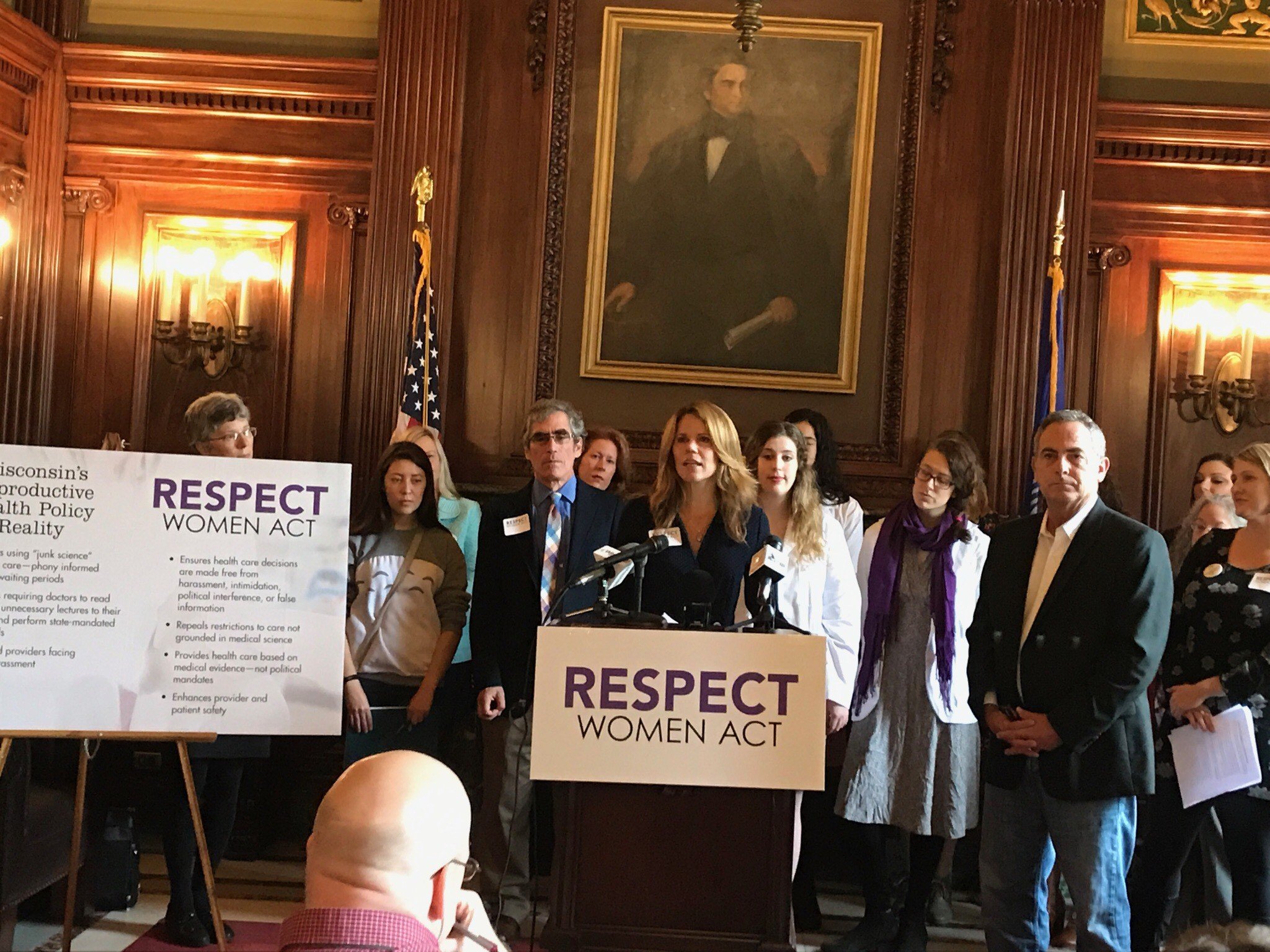 Earlier this month, Sen. Jon Erpenbach, D-Middleton, and Rep. Chris Taylor, D-Madison, unveiled a package of bills, referred to as the “Respect Women Act,” that advocate for women’s access to reproductive health care.

Taylor said the introduction of these bills was in response to the Trump administration’s new ruling to allow religious or moral objections to contraceptives covered in healthcare plans.

Taylor said the three bills, known as the Respect Access to Care, Respect Medical Accuracy and Respect Patient & Provider Safety bills, were designed to place a priority on women’s healthcare issues and support them in making their own decisions regarding reproductive health.

“The Respect Women Act draws attention to the fact that it’s the Republicans and their idea of big government [that] have decided that women are incapable of making healthcare decisions on their own and couldn’t possibly know what’s best for them,” Erpenbach said.

Erpenbach said, collectively, the bills are meant to remove political interference from women’s individual health decisions, but each addresses a different angle of the issue.

Dr. Amanda Schmehil-Micklos, a practicing obstetrician and gynecologist physician in Madison, said current laws sometimes require physicians to offer medical advice that is not in the best interest of their patients. She believes the Wisconsin legislature has undermined and ignored the value of her medical expertise in healthcare policy decisions.

“This intrusion into the physician-patient relationship is troubling because these politicians aren’t trained in medicine,” Schmehil-Micklos said. “They haven’t gone through the rigorous training and education and passing the tests in medical knowledge that is necessary to have these discussions with patients and come to these really tough decisions that patients have to come to.”

Schmehil-Micklos recollected her past experience with a patient that was projected to have a stillborn pregnancy and needed an abortion to avoid the complications a cesarean section necessary to remove the fetus at birth. Her patient could not legally undergo an abortion in Wisconsin, however, due to the 20-week abortion ban passed in 2015.

The Patient and Provider Safety Bill is meant to address the harassment, intimidation and violence patients and providers face at reproductive health care facilities, Erpenbach said.

According to the National Abortion Federation, abortion clinics, providers and patients have been victims of countless bombings, shootings and chemical attacks by anti-abortion extremists. The NAF violence statistics shows five cases of “extreme violence” in Wisconsin since 1999, with two recent incidents of an attempted murder and arson in 2011 and 2012.

Mike Murray, policy director for Wisconsin Alliance for Women’s Health, said while these are just two isolated incidents in Wisconsin, it’s part of a larger narrative of women who are harassed when they try to enter women’s health facilities.

“We’re in no way trying to [sensationalize] or anything, but it is a real issue that people [who] either go into that line of work or women who are considering having access to that care have to deal with on occasion,” Murray said.

Even so, not all legislators in Wisconsin believe these laws would be beneficial for the state.

Last week, two bills referred to as the “Heal Without Harm Legislative Coalition,” were introduced by Sen. Terry Moulton, R-Chippewa Falls, and Rep. Joel Kleefisch, R-Oconomowoc, to outlaw the use of unborn children for fetal body parts, according to a press release.

With the introduction of two bills with opposing goals, some Democrats do not believe their odds for enacting this legislation are in their favor. In recent legislative sessions, Democrats have introduced similar legislation on women’s reproductive healthcare that have not passed.

Others, like Murray, also believe this bill will not pass, but believe it’s important to remind Wisconsin citizens of the importance these bills represent.

“We’re realists… we know they’re not going to pass this immediately,” Murray said. “Part of the duty that we have doing this work is to actually coalesce around an agenda that paints a legitimate vision for the future that can someday be enacted.”

Erpenbach and Taylor, however, are hopeful that their legislation can become law. Both said they would continue to introduce the legislation until it becomes law.

Taylor said these bills show what she believes the future of reproductive health should look like and will continue to work to make it happen.

“This is really about getting back to basics, this bill,” Taylor said. “It’s about taking personal private healthcare decisions away from the people in this capital, away from politicians who are interfering, and putting them back where they belong, between the women and their healthcare provider.”