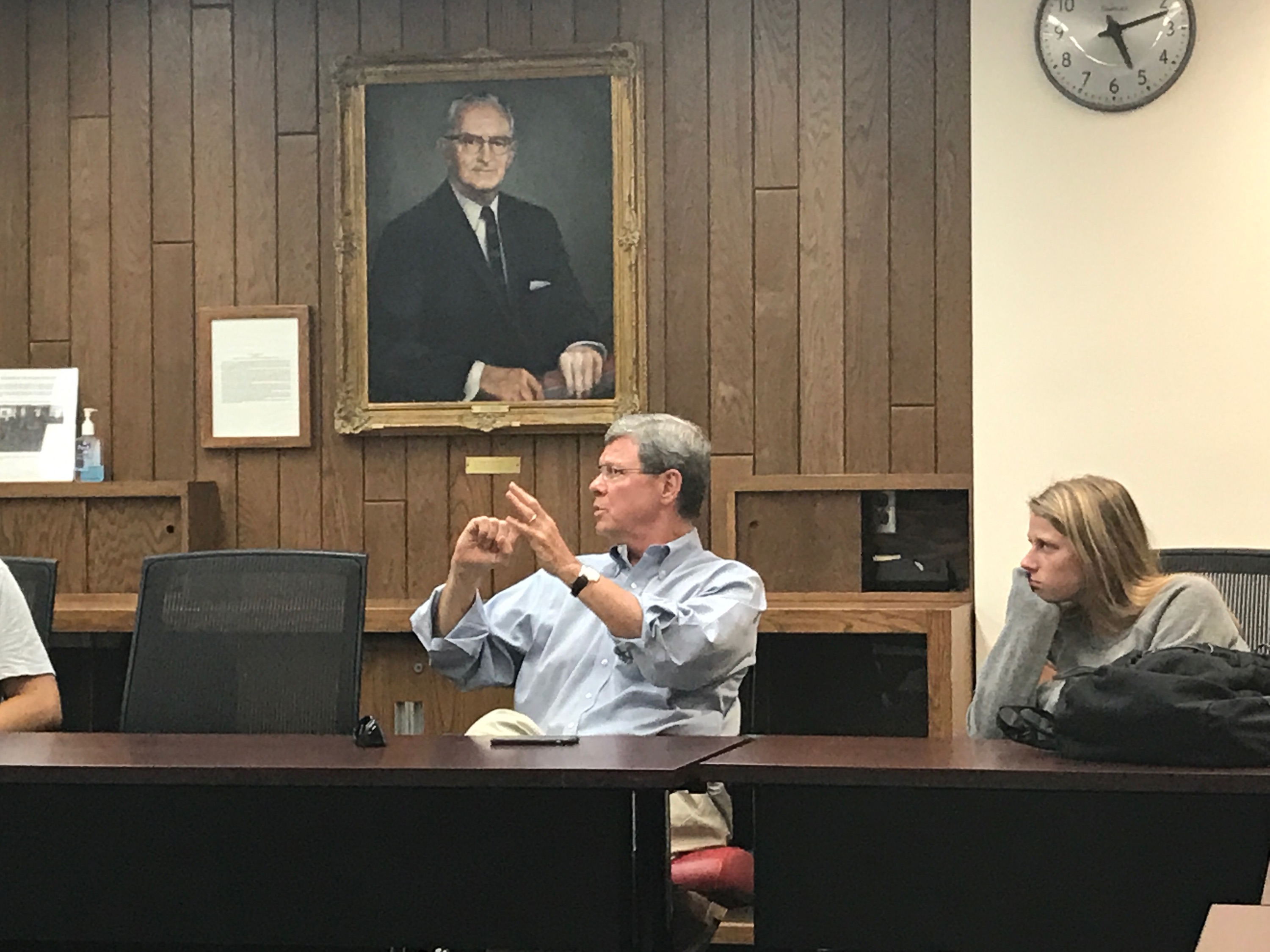 Charlie Sykes hosted a meet-and-greet for students Tuesday at Vilas Hall, and answered questions for students regarding his spectrum of experience in the media industry, and providing political and journalistic insight.

Sykes began his career by writing for his weekly college newspaper, and was later hired by the Milwaukee Journal Sentinel, The New York Times and other major publications.

Sykes is well-known for his role as a conservative talk show host on WTMJ, a Milwaukee radio station, a role which he left in 2016.

A common misconception is that his departure was due to his anti-Trump rhetoric, Sykes said. In reality, he decided to leave because his “true passion” is being author.

Despite being on the other side of the political spectrum, some Democrats and those in the left wing camp have used his stances against Trump to help push their messages. One student asked if Sykes believes this method has been used by the Democrats to enhance their message. In response, Sykes said the media often makes his opinions and statements much bigger than what they are intended to be.

While journalism professors often emphasize the importance of being unbiased, University of Wisconsin journalism student Gia Dinon asked Sykes how he built his career from his opinions.

Sykes said while he offers his personal point of view, it’s important to him to include facts for the audience to form their own educated opinions. A level of professionalism is also necessary.

The media often influences the opinions of the public, Sykes said. The media provides so much information in a short period of time that it’s difficult for an audience, who “picks and chooses what to believe and stop caring about the truth,” to organize their thoughts.

On the subject of Wisconsin, Sykes said he no longer considers Wisconsin a “fly-over” state because of it’s important role in politics in D.C.

Sykes discussed his passion for writing and is now focusing on finishing his 10th book, “How the Right Lost Its Mind,” which will be released on Oct. 3.