To promote inclusivity for the Hmong communities at the University of Wisconsin, Associated Students of Madison unanimously moved to endorse a proposal to implement a Hmong-American Studies Program and Certificate Wednesday.

Two students, Kia Vang and Myxee Thao, from the Hmong American Studies Committee spoke before the Associated Students of Madison about bringing the program to the College of Letters and Science. 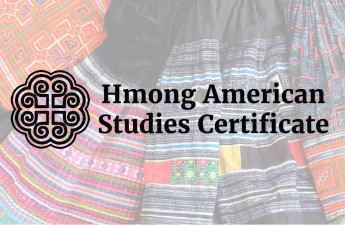 The Hmong are an ethnic group originating from Southeast Asia, most notably Thailand, Laos and Vietnam. Currently, 260,000 Hmong Americans reside in the United States. The U.S. 2010 Census noted in Wisconsin alone, the Hmong-American population was around 50,000 — making it the third largest Hmong-American state population in the U.S.

The Hmong American Studies Committee is a student-led initiative that seeks to build bridges between the UW Hmong community and the Hmong community at large. The group also addresses Hmong human rights and student civil rights.

The committee originated in the fall 2015 when Vang, Thao and three other students —  Pa Kou Xiong, Pang Lee and Lena Lee — recognized there weren’t many courses that focused on Hmong Americans.

Bill would require Hmong history in school curriculumWith the Hmong population in Wisconsin on the rise over the last decade, state legislators introduced a bill Tuesday that Read…

While there are spaces for other ethnic minorities on campus, Thao said there’s no space for Hmong-American students to talk about their experiences.

“[The Hmong] now make up the largest Asian American population in the state of Wisconsin,” Thao said.  “However, this is not reflected in the UW-Madison [student body].”

The hopes for the program is to provide a safe space for Hmong students, Thao said. The reason for this is to hopefully create and develop voices for the Hmong-American population, not just in the UW community, but “all through the state, the Midwest and the nation.”

HASC also hopes that their initiative will create awareness, inclusion in the UW academic curriculum, opportunities to develop research about Hmong Americans, as well as provide Hmong American and Southeast Asian students, who would otherwise be at a disadvantage, access to faculty, Thao said.

“If the university is as committed to diversity as it is stated in the diversity initiative, then we believe that Hmong-American Studies Program would be a great aspect,” Thao said. “It will attract more Hmong American students and faculty to the school.”

Some of the classes the program will offer will be the evolution of Hmong culture, literature, educational policies, history, sociology and social welfare as it relates to Hmong-Americans and their personal experiences. Thao said the curriculum would go along with Wisconsin Idea and fits “nicely” with the ethnic studies curriculum.

The main problems HASC has faced is funding, administrative support and finding a physical common space for Hmong students, Vang said. But with the help of ASM, they hope they will obtain more information to address those needs.

“We hope to provide a sanctuary supporting [Hmong students], emotionally, academically and when they are victims of discrimination,” Vang said.  “[This will] help Hmong American students develop their ethnic identity.”

Khan said this program is a “step in the right direction” that would specifically cater to the Hmong-American experience while also being inclusive of all of the Southeast-Asian community.

“This is the chance for UW-Madison to have a unique program that will create something that will have people across the nation want to come to UW-Madison for,” Vang said.