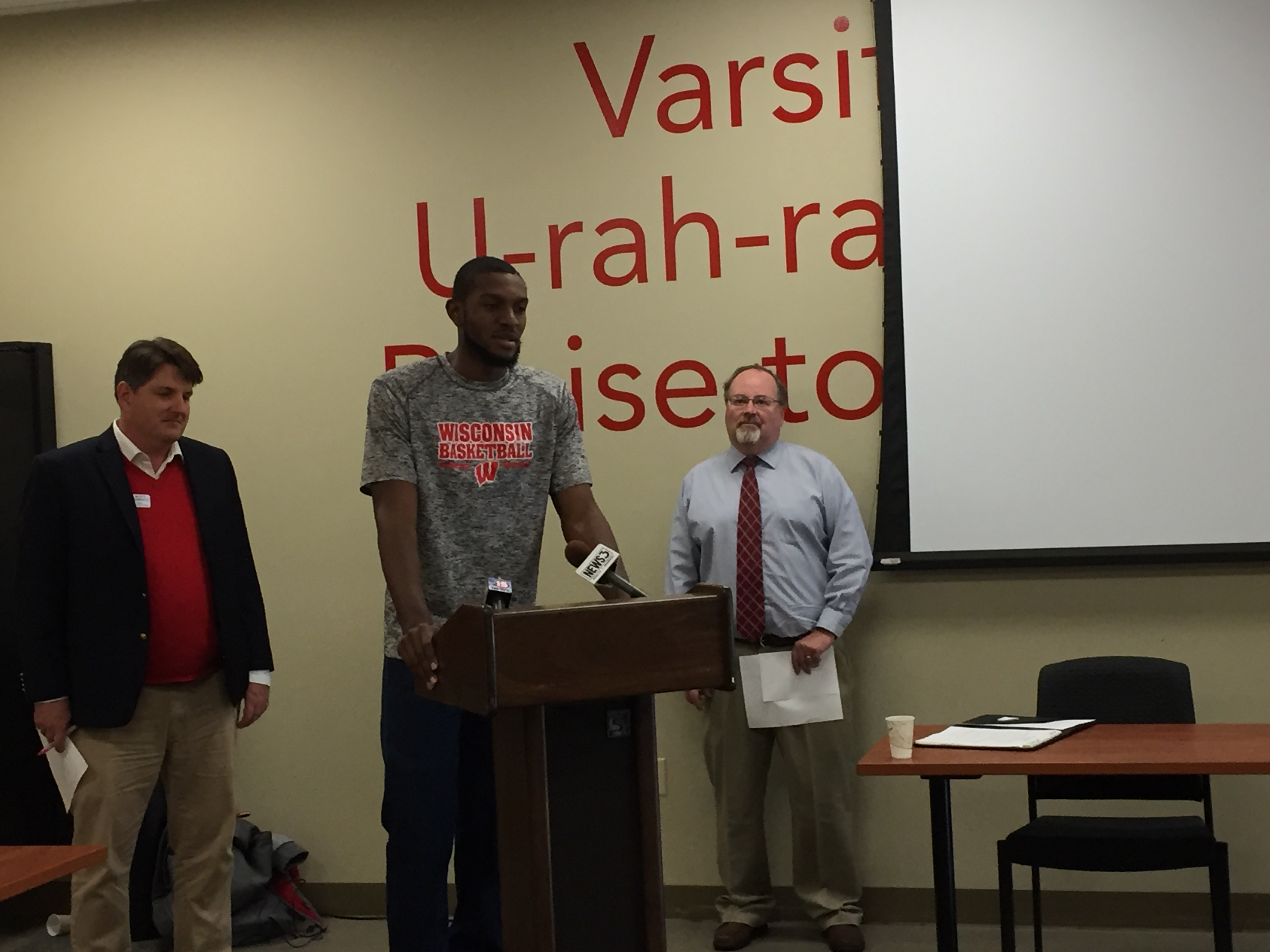 University of Wisconsin basketball star forward Vitto Brown kicked off a two-week UW voting campaign at Union South Monday by stressing the importance of students exercising their civic duty as voters in an original music video.

For many college student the upcoming presidential election is the first time they will be voting in a presidential election. Brown, an Ohio native, said he never voted in Wisconsin in previous years because he was more focused on school and basketball, but now he’s coming forward as an advocate for voting.

“It is important for me to help support the cause not just for our university, but for the country,” Brown said.

Brown hopes to reach more students through his energetic song about the need to vote. Brown personalized the lyrics to Leslie Gore’s 1963 hit “It’s My Party,” to make them more fitting to the subject of voting.

“You should vote too ’cause it’s all about you,” Brown sang in front of UW students gathered in front of the Abe Lincoln statue on top of Bascom Hill.

Kipp Cox, assistant dean of the Division of Student Life, said student voting is part of the Wisconsin Idea. 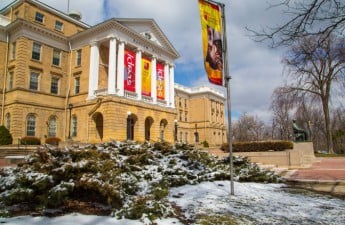 What is the Wisconsin Idea, why does it matter? Every Badger has his or her own reasons for attending University of Wisconsin-Madison and upon arriving to campus, their reasons Read…

“For many our students, being politically engaged is a part of their Wisconsin experience,” Cox said.

Student leaders have been working with university officials to give students information about how to register to vote and voter ID requirements.

After the conference, Brown demonstrated the process of registering to vote as he went through the proper steps of registering and obtaining proper identification at Union South. 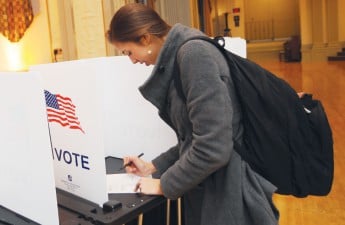 Dane County Clerk Scott McDonell said the city of Madison has opened two early voting locations on campus for the first time. One is at the Marquee Lounge on the 2nd floor of Union South and the other is in Room 4204 at the Student Activity Center on East Campus Mall.

“Voting has never been easier for students,” McDonell said. “Early voting at Union South, for example, allows students the opportunity to make sure they have proper photo identification and update their voter registration all in one location.”