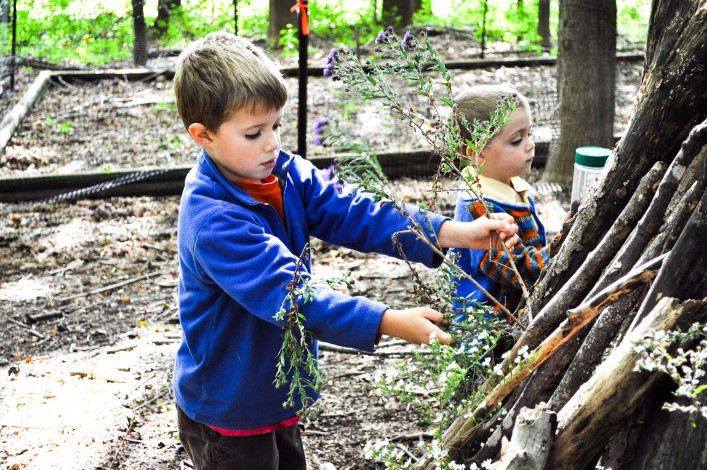 Children and adults alike enjoy the first taste of fall at the family nature day held at the UW Arboretum on campus.

With nearly 15 percent of children in the U.S. suffering from childhood poverty, a group of nine professors, including University of Wisconsin’s Timothy Smeeding, have created a proposal that would provide monthly allowances to families with children.

Lawrence Berger, director of the Institute for Research on Poverty, said the idea of universal child allowance is not new, especially in industrialized countries.

“There are a variety of options regarding generosity, design and financing, each of which has implications regarding cost, political feasibility and anti-poverty effectiveness,” Berger said in an email to The Badger Herald.

The proposal is composed of three different child allowance models that range from $250 to $300 per month per child based on their age.

The first model’s $250 allowance per month would give a total increase to families of $3,000 a year. This substantially impacts families near the $24,000 poverty line, Berger said in an email to the Badger Herald.

The proposal would replace the Earned Income Tax Credit and Additional Child Tax Credit in order to provide financial support for all families with children, regardless of income. These current tax credits tend to exclude children in families too poor to earn full credit as they are based on family income.

Moreover, these current tax credits provide annual benefits as a one-time payment which may be difficult for families to handle all at once.

Timothy Smeeding, a professor at UW’s La Follette School of Public Affairs, said a monthly allowance is a consistent and stable option.  Families would not need to worry about unpredictable life emergencies that could cause economic turmoil.

Smeeding said evidence shows families already spend the money they receive from child tax credits on their children rather than spending it on personal interests.

“Would they spend it on their kids?” Smeeding said, “As a matter of fact, yeah, I think they would.”

Deborah Johnson, a senior editor at the Institute for Research on Poverty, said the proposal will become part of a two-issue volume on “Anti-Poverty Initiatives for the United States.”

Smeeding and his colleagues have already begun talks with the federal government to receive their feedback and move forward.

The proposal will be presented at an Institute for Research on Poverty conference later in October in New York City where members will receive feedback on the proposal.