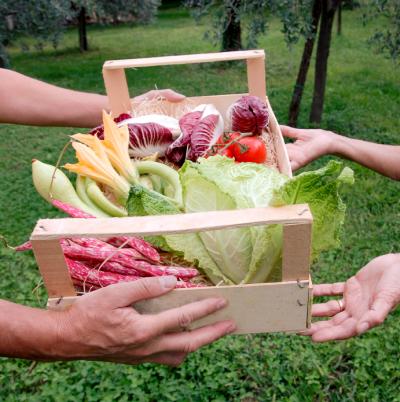 A local nonprofit organization has been working to cut back on food waste in Dane County by giving extra food to families in need.

Brockel said Healthy Food for All provides healthy food to local pantries before it becomes food waste. One of the largest contributors to the program is Epic Systems in Verona.

Nathan Schultz, chef at Epic Systems, said Epic and other donors have given about 60,000 pounds of food to Healthy Food for All in the past year.

“We’re feeding upwards of 6,500 to 7,000 people a day and there is always going to be a waste,” Schultz said. “Healthy Food for All is a program that helps us not have that food go to waste … and be able to go to people that may be less fortunate and need nutritious food.”

Food from large companies like Epic Systems is often thrown out because it comes in bulk containers that are not easily distributed, Brockel said.

Healthy Food for All takes bulk containers of unwanted food from donors like Epic and other local farmers, packages the food into meal-sized portions and distributes these to food pantries and other community projects around Madison and surrounding areas, Brockel said.

Schultz said Epic Systems and Healthy Food for All have partnered for about a year and are now able to reduce most of their food waste. Schultz said Epic hopes to cut down on even more waste in the future.

“[Epic Systems] donates as much as we possibly can, but ultimately we hope to see our total food waste go down while continuing to making sure the food that is left over goes to people that need it the most,” Schultz said.

Everyone has seen food waste in one way or another, Brockel said. Vegetables that are left out for too long, large portions at restaurants that can’t be eaten and large cafeterias that are not able to serve all their food can contribute to food waste. Healthy Food for All is a way to distribute excess food to people in need.

Brockel said they are using Epic Systems’ example to prove to skeptical donors that the program is effective. This skepticism arises from caution about food safety.

But Healthy Food for All has a proven track record for food safety, Brockel said. They have been working with Madison’s Department of Public Health and operate out of a licensed commercial kitchen.

Healthy Food for All is mainly a volunteer program, which logged about 900 volunteer hours in 2016, Brockel said. Department of Corrections, Dane County Jobs Center and many others have volunteered community service hours helping to package and distribute food.

Brockel said the program is also a training space for people who want to get involved in the food service business. Healthy Food for All helps teach people about food preparation and how to function in a commercial kitchen space.

Healthy Food for All is continuing to expand by partnering with other large companies and more food pantries who can distribute food to those who need it most, Brockel said. With these continued efforts, Brockel said he hopes he can help hungry families throughout Dane County.

“I’ve been working in the food service system and realized there is plenty of food available,” Brockel said. “It is just a matter of getting that food to people that need it.”