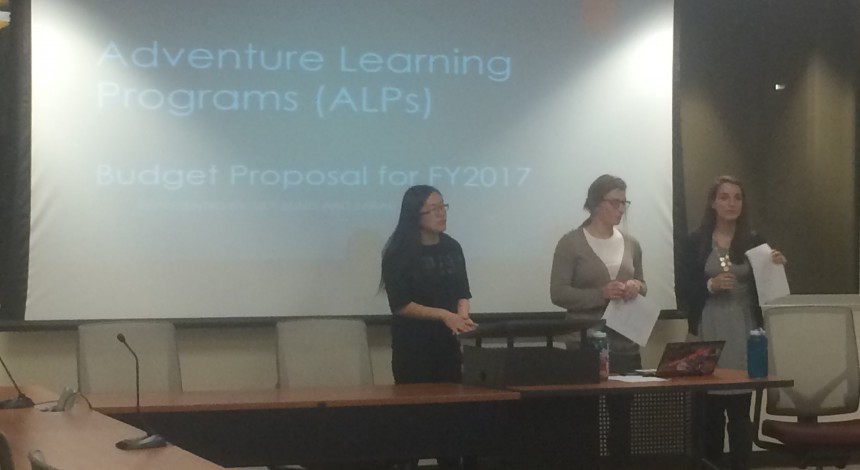 The VETS president addressed SSFC members’ concerns prior to the committee’s approval of VETS 2017 fiscal budget.

VETS President Jim O’Rourke stood before SSFC members to address their concerns about their proposed airfair budget. O’Rourke explained it was so that VETS can afford to fly in speakers from further distances.

O’Rourke said preplanned advertising for this year will fix those discrepancies.

“We have our entire advertising budget set up until June. It looks like we will have 97 percent spent this year, we just have better planning this year,” O’Rourke explained.

With a decrease of $449 due to a clerical error in VETS’ budget, the committee approved their final budget of $34,891. The committee passed the budget with a vote of 10 to 0 with one abstain. 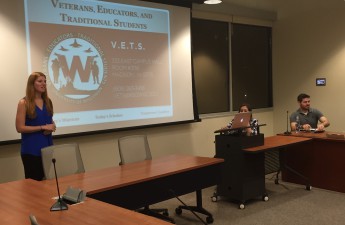 ALPs is an organization that challenges people through adventure-based learning to discover themselves and understand those around them, Student Director Lily Blind said.

Part of the concern for ALPs’ budget proposal centered around the numerous conferences they had budgeted for in their proposal.

SSFC Rep. David Morel voiced several concerns about the multiple number of conferences ALPs budgeted and asked why each conference on their list was important to attend.

Student Director Sarah Sausen said the conferences were all unique and presented different information to a variety of attendees. They could not rank or decide upon which conferences were more important for the members to attend.

SSFC will make a decision on ALPs’ budget proposal at their next meeting Monday.