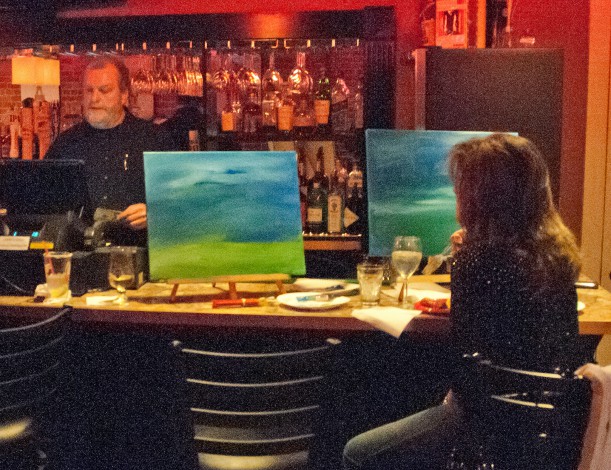 Wisconsin residents may soon have some bubbly to complement their painting lessons through a bill that would allow studios to obtain liquor licenses.

The bill would add painting studios to that list of exemptions.

Sen. Sheila Harsdorf, R-River Falls, authored the bill after a business owner in her district wanted to open a paint and sip studio but was denied, according to Alison Zikmund, a legislative aide for Harsdorf.

“It is not like a tavern, where the main purpose is of the tavern is to have a bar,” Zikmund said. “The main purpose of the painting studio is painting, but they would like to have an exemption for liquor licenses.”

There are already paint and sip studios in Wisconsin, Zikmund said, as some municipalities have interpreted state statutes to mean they can issue liquor licenses to those studios.

Other municipalities, however, have come to the opposite conclusion, so this bill would explicitly add painting studios to that list of exemptions.

Welcher said paint and sip studios were an alternative for entertainment and a way for people to enjoy themselves. People are not required to drink if they do not want to, Welcher said.

“It is a nice place for people to go out and have fun with their friends, have a drink, but not have to be in that bar environment,” Welcher said. “That is what we like about it.”

Pete Madland, executive director of the Tavern League of Wisconsin, said he was not opposed to the bill, as long as it did not expand the number of licenses that could be issued.

There is a quota in Wisconsin for one liquor license for every 500 residents in the municipality. However, Madland said he didn’t believe issuing liquor licenses to painting studios would have a big enough impact to expand the licenses issued limit.

The proposed bill would also allow unaccompanied patrons under the drinking age of 21 to be on the premises of the painting studio. The statute states individuals under the age of 21 cannot be on premises where alcohol is served without their parent, but there are certain exemptions, which would be included in this bill.

Zikmund said they want to avoid problems for other business owners by creating this bill.

“We just wanted to make it clear in the statute that we are welcoming these small businesses to Wisconsin and that we want them to be able to be successful,” Zikmund said.