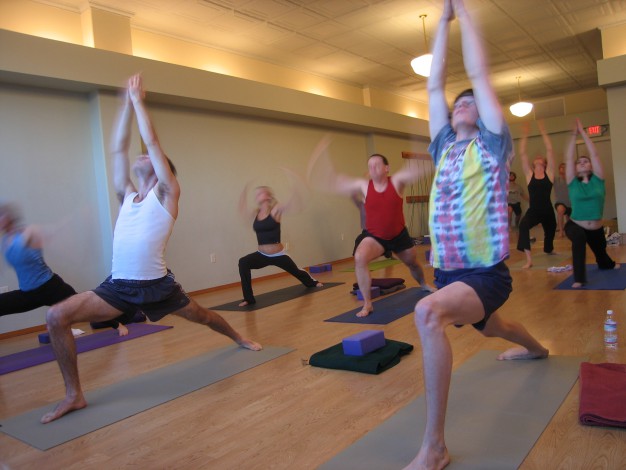 Yoga’s use in the medical field might increase after a new University of Wisconsin study found it improves recovery from post-traumatic stress disorder.

The study from UW’s Center for Investigating Healthy Minds shows that a breathing-based meditation practice called Sudarshan Kriya Yoga can be a viable treatment for PTSD.

PTSD causes people to suffer from tragic memories, heightened anxiety and personality changes, according to the study. But the study found some of that tension can be relieved through practicing yoga.

“Given the negative effect of PTSD on returning veterans and the limited success of current interventions in this population, there is a need to expand the range of intervention options available,” said Richard Davidson, a co-author of the study.

Davidson, an internationally-renowned UW psychology professor, said individuals with PTSD suffer from hyperarousal, which can be compared to feeling jittery, nervous or ready for action.

Yoga, on the other hand, is a meditation mechanism that often focuses on controlled breathing, the study said. Putting these two paralleling feelings — nervousness and calmness — together in Sudarshan Kriya Yoga is believed to have a neutralizing effect.

The CIHM study included 21 soldiers, an active group of 11 and a control group of 10. Those who received the one-week training in yogic breathing showed lower anxiety, reduced respiration rates and fewer PTSD symptoms, according to the study.

Given the results, the research suggests yoga could be an alternative or addition to traditional treatments for some, said Emma Seppala, the study’s leading author and associate director of Stanford University’s Center for Compassion and Altruism Research and Education.

“While some veterans benefit from traditional treatment, others do not benefit as much,” Seppala said. “Still, others do not like to enter a therapeutic treatment. For this reason, we researched yoga-based breathing as an alternative modality. Our findings suggest that it has positive results.”

Davidson pointed to the importance of taking immediate action on the topic, as at least 22 veterans take their own lives every day. Davidson said he would like to continue the research until they can prescribe a specific treatment for each person, given that individuals vary in how they react to different treatments.

“We are very hopeful even though our research is still in its early stages,” Davidson said.

Editor’s note: The feature photo originally paired with this story has been replaced with a stock photo as to not confuse the yoga classes held at Olbrich gardens with the form of yoga that can help those suffering from PTSD.