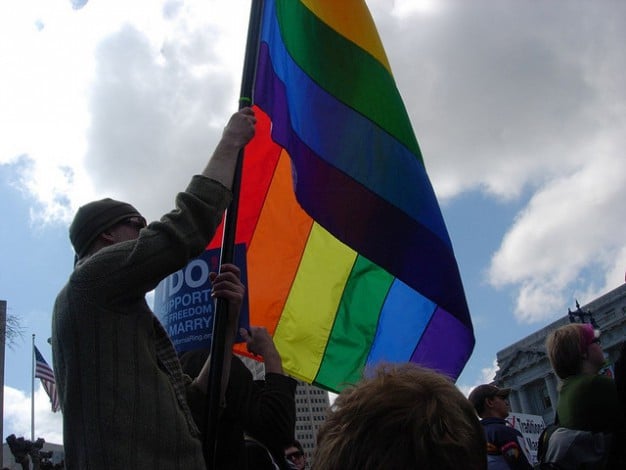 As gay marriage bans are being challenged in states across the nation, a lesbian couple bypassed lower courts to file a lawsuit Wednesday in the Wisconsin Supreme Court seeking to lift the state’s ban on same-sex marriage.

According to court documents, plaintiffs Katherine and Linda Halopka-Ivery of Milwaukee County said the case should go directly to the Supreme Court because the issue of the constitutionality of the ban is one of great public interest (or “publici juris”). This means the Supreme Court has the right to take original jurisdiction on the matter.

Attorney General J.B. Van Hollen said he would defend the ban in court.

“As Attorney General, I have defended, and will continue to defend, the laws and the Constitution of the State of Wisconsin,” Van Hollen said in a statement. “That’s my job.”

The couple was legally married in California, but their marriage is not recognized by the state of Wisconsin due to the gay marriage ban. They will be represented by Milwaukee-based Attorney Paul Ksicinski.

The couple could face criminal charges under the state’s gay marriage ban, which not only prevents the recognition of same-sex “civil unions similar to marriage,” but also criminalizes leaving the state to get married in a state where gay marriage is legal.

The lawsuit said such a restrictive ban imposes undue inequality by providing two different labels for opposite-sex and same-sex couples and barring same-sex couples from receiving federal benefits made available by the striking down of the Defense of Marriage Act in United States v. Windsor in 2013.

The lawsuit also refers to Wisconsin’s reputation as a progressive state in the area of gay rights, citing the fact that it became the first state to protect gays and lesbians from discrimination in employment, housing and public accommodations in 1982.

Wisconsin has become “backwards” in defining the institution of marriage, the lawsuit said, noting 17 other states and the District of Columbia now allow same-sex marriage.

The American Civil Liberties Union announced a lawsuit against the state over its gay marriage ban in February and is also pursuing federal lawsuits in other states including Ohio, Oregon, North Carolina, Pennsylvania and Virginia.