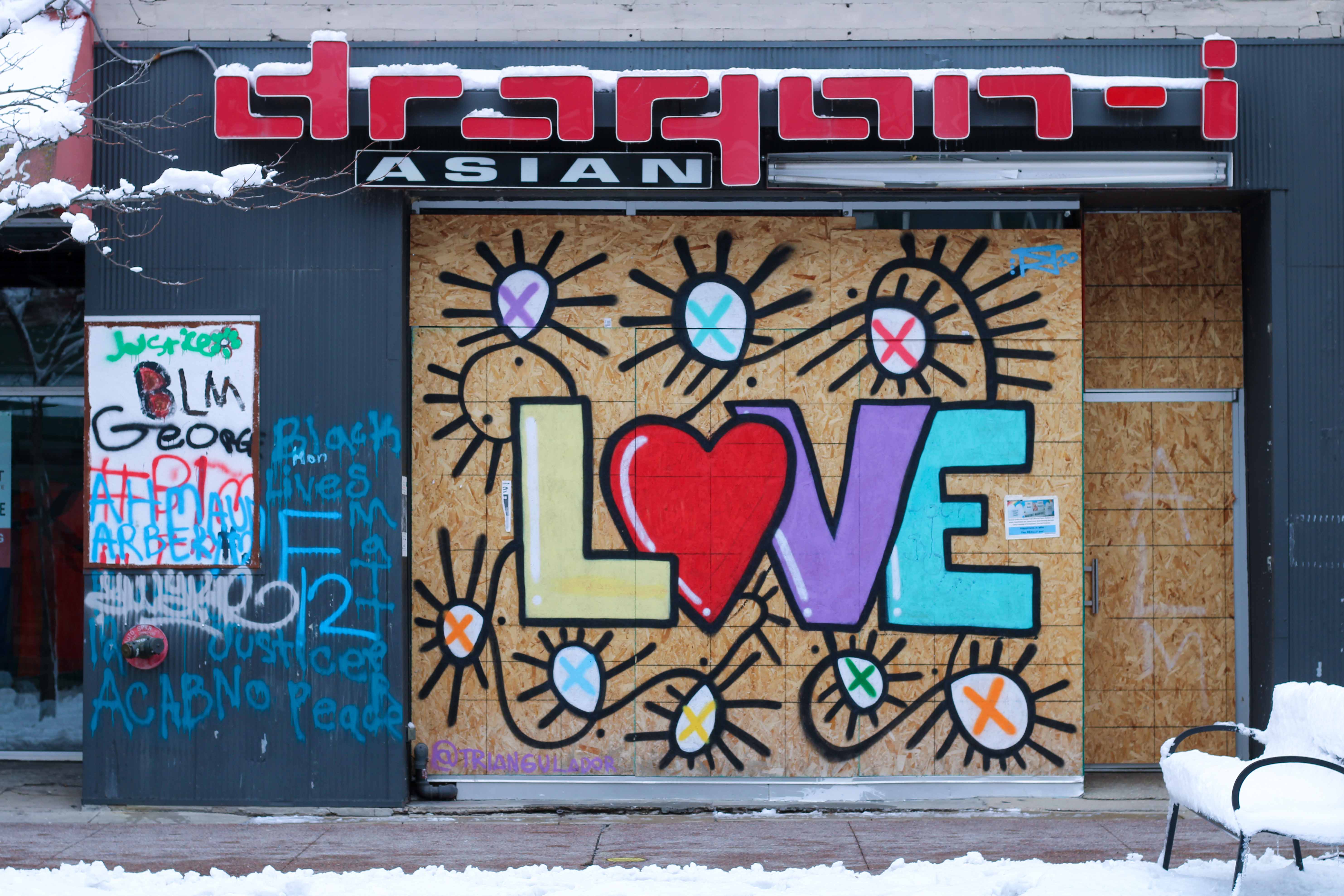 It’s that time of year again …

When the weather gets chillier, attending class seems extra optional and seasonal depression is exacerbated by the worst thing of all — seeing couples in public.

If I’ve heard it once, I’ve heard it a million times. We all know it’s the prelude to the commercial love industry’s biggest day of the year. Nevertheless, all of these silly little people getting into relationships around you may have you thinking, should I do that too?

The answer? Absolutely not.

It’s hard for all of us to see the couples walking out of Fair Trade, roaming down State, holding hands and looking lovingly at each other. It might spark something in you that thinks, “I want that.” No, bestie, you don’t.

Would I mind slow dancing to Norah Jones in my kitchen while the guy of my dreams twirled me around and around? Not one bit. Will I ever do that? Absolutely not. I’m a realist.

No one will give you the cold hard truth about relationships in college. But take it from the only piece of my dad’s advice I have taken since I’ve been here — DO NOT GET A BOYFRIEND.

I don’t mean not ever … I’m not trying to write off the whole institution of love here. I’m talking about the part where you think you need a significant other this time of year because “everyone’s doing it,” and you’re lonely and you want someone to talk to your family about when they inevitably ask “So, do you have a boyfriend?”

It is the 21st century, isn’t it? We don’t need men to be complete. Make men obsolete.

Be the mysterious one in your family. Be the one who comes home for the holidays, and when the boyfriend question arises, just simply says, “no one serious.” That’s cool. That’s mysterious. That makes them think you fuck.

Which you do! Which you should! Just because you’re not “cuffed” this season doesn’t mean you don’t deserve the only good part of a relationship — SEX. Have sex all you want, with whoever want. Who makes the rules??? YOU DO!!!!

Plus, the sly reference to your sexual conquests can put an end to all of the questioning from your family regarding your sexuality — if you’re like me and have never introduced a boyfriend to them.

Now that that anxiety is dismantled, let’s focus on all the anxiety a boyfriend would produce. Especially around the holidays.

You don’t want to have to introduce him to your family at Thanksgiving. You just started dating three weeks ago! That wouldn’t be appropriate. But what about in two months, you think, when it’s Christmas?

Are you giving each other presents? Yes? No? Do you ask? And if you are, what shows you care, but not too much, and definitely not more than him?

Will you even see him over the breaks? How do you make it work when he’s in California and you’re in New York? You haven’t been dating nearly long enough to visit each other and meet the FAMILY!

So you don’t see him, and then half of your relationship has been spent apart, longing to be together again. That’s not fair to him, and definitely not to you. That doesn’t let you live in the moment and enjoy the pretty lights and scent of gingerbread wafting through the air. And you’re not even getting what you wanted out of the boyfriend now anyway! No handholding, no loving gazes, no SEX.

You don’t need that stress. Don’t do yourself that disservice. You can’t live your life like Carrie from Sex in the City (personally, I’d prefer to be Samantha) if you’re tied down at 20. SO DON’T BE.

You’re hot. You’re in college. You have plenty of time to find your husband. Enjoy your time now and live in the present. Have sex in the Monday’s bathroom for a deck of Uno. It doesn’t matter. Just stop thinking about how much you want a damn boyfriend and go make everyone fall in love with you. And normalize single women kissing on weekdays.