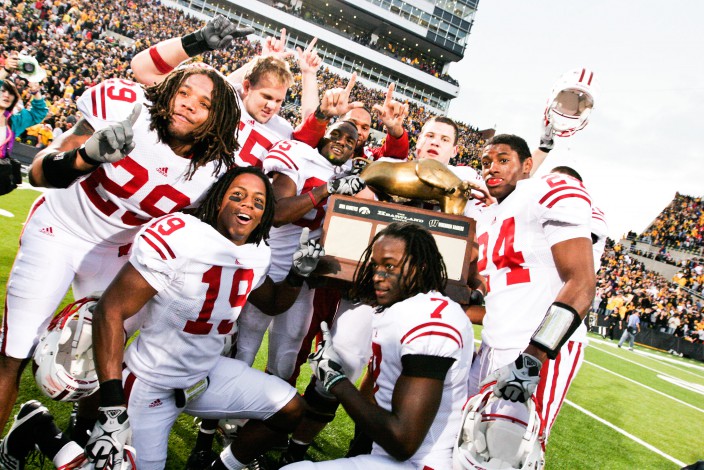 The Badgers with the Heartland Trophy in 2010.
Badger Herald Archives

Saturday, the Badgers delivered a blow to Iowa Hawkeyes with a 24–22 win at Camp Randall stadium. Stakes were high after a two game skid for the Badgers, and so players and fans alike were especially happy to keep the Heartland Trophy in Wisconsin.

The win came down to a stuff during an Iowa two-point conversion attempt with about three and a half minutes left in the game. Chris Orr and Eric Burrell led the charge on the stuff, and a breakaway Johnathan Taylor run on the next series all but secured the W. 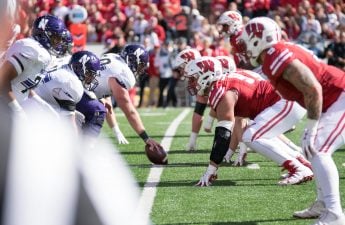 The joyful sentiments here, especially after that play, pervaded into the mind of the journalist running The Badger Herald Sports Twitter that day, which may or may not have been the same person writing this article. Overcome with glee at the thought of keeping the Heartland trophy, the journalist quickly sent out this tweet as they left the press box.

Clearly, the journalist here refers to the trophy as a pig. Oink.

The next day, the official tweeting arm of Wisconsin Football posted a special post-game video interview with Chris Orr, where he too expressed his enthusiasm for keeping the pig.

“We stuffed them and we got the pig,” Orr says in the video.

So, combined between the two tweets, there is a journalist, a football player, 16 retweeters, and 203 people who are ok with liking the fact some of us though the Heartland Trophy was a pig. Even CNN correspondent Manu Raju was onboard with this 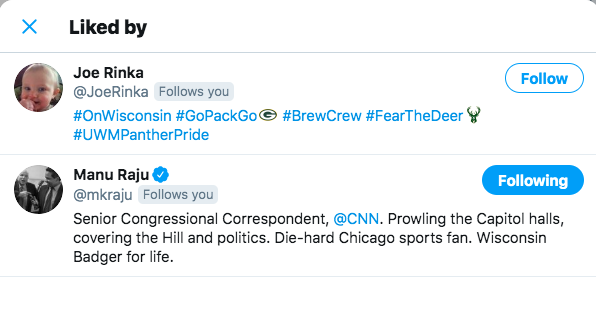 Alas, despite all of the best intentions in this time of high emotions, there is a critical error in these thoughts.

You see, while Minnesota and Iowa play for a trophy in the shape of a sow, Iowa and Wisconsin do not. They play for a steer.

For those of us still struggling with our barnyard animals, it is only fair to take a trip back to Old MacDonald’s farm (E-I-E-I-O).

Pigs, I am told, go “oink,” whereas a steer is a male version of a cow so they’d probably also say “moo.” That much makes sense so far. Yet the Heartland Trophy does not make any sounds, so we cannot take this assumption based on sounds alone. Further evidence is needed to secure knowledge that we all understand the Heartland Trophy is a steer and not a pig. 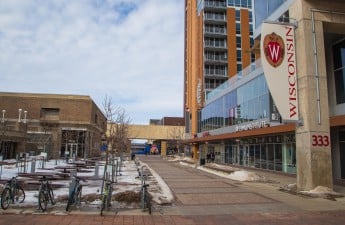 Next up, we might think to take a look at the color of the animal. Piggies vary in color between a light pink and a brownish color. Steers come in a wide variety of colors, to the traditionally black and white spots typically associated with cattle to light brown, to jet black. Turns out, animals can come in a lot of colors. Still, the Heartland Trophy is bronze and therefore unable to be identified by color.

Traditional diets also give clues in the types of meat produced with each animal. Cattle are used for beef dishes and steak. While I am on this subject, because I have a platform with this paper and all, I am going to reiterate cattle-based dishes are terrible for their environmental impacts due to the amount of energy needed to be produced in their consumption. 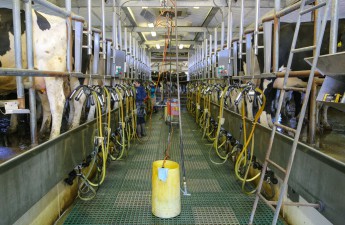 Pork, while still highly energy inefficient, is still about twice as efficient in production than beef is. Pork, of course, is the meat that comes from a pig. The Heartland Trophy is inedible.

Exhausting almost all other options, we must turn to shapes to distinguish the differences between a sow and a steer. A steer has horns, and the presence of horns on the Heartland Trophy points to it really being a steer. While similar in overall stance, Floyd of Rosedale, the piggy on the trophy for the Minnesota-Iowa game, does not have horns. Clearly, that is the true pig in Big Ten West rivalries involving the Hawkeyes.

Speaking of, with Iowa playing the undefeated Gophers next week, basically all Badger fans should be cheering for the Hawkeyes to actually get the pig.

In closing, I, on behalf of my fellow confused sports fans and players, declare that the Badgers GOT THE BULL and the Hawkeyes can KEEP THE PIG!