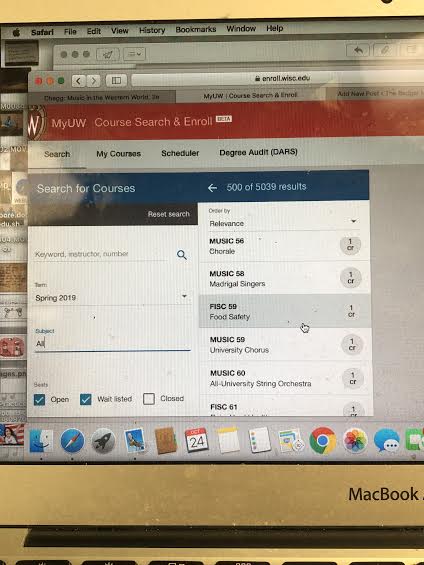 University of Wisconsin released the spring 2019 course schedule Friday. The release the course guide, more hotly anticipated than “Call of Duty: Black Ops IV,” was awaited by both seniors eager to see if the class they needed to graduate is available and freshmen ready to see what classes are offered by professors with chili pepper status on ratemyprofessor.com.

While many classes offered next semester appeal to students, such as AN SCI 200: The Biology and Appreciation of Companion Animals and THEATRE 350: Acting Realism, some intriguing courses were not listed in the final edition of the schedule. 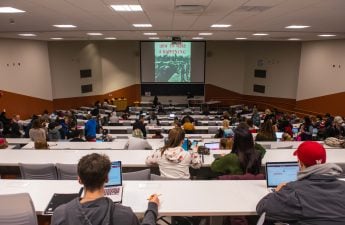 Professor speak: A modern dictionaryProfessors, they are more educated than us. We mean, at least we hope. They are teaching us after all. This Read…

COMM ARTS 56: How to Speak Not Squeak

Public speaking is a great class to satisfy the Communications B requirement for students in varied fields of study. But this neglects the basic foundation many students have not developed. Thoroughly influenced by the 2007 hit live-action adaptation of “Alvin and the Chipmunks,” some students enter the university with a voice more akin to a squeak than a speak. With this offering, students would develop a unique speaking voice in line with their natural vocal register that is no longer influenced by a high-pitched version of Lipps Inc.’s “Funkytown.”

ZOO 137: University Insects and Their Ecosystems

While Humanities may be famous for its resident cockroaches, students never have the opportunity to learn about the stories behind these insects and why they choose to make their homes in the crevasses of classrooms. This class would have used Chrissy the Cockroach as an exemplary case study for the life and times of these jovial creatures, ultimately creating a compelling story to inspire students to neither scream at bugs or kill said bugs. It’s like Dr. Seuss’s “The Lorax” except without wood and with a lot of bugs.

Student believes 8:50 a.m. lecture begins at 9:30 a.m., regrets everythingWhile many found their commutes wet but manageable the first day of class, it was not smooth sailing through the Read…

Currently, there is a void in musical education at the university for students who do not wish to sing but do wish to pursue careers as SoundCloud rappers. This course would have served these students to help them serve up some funky fresh rhymes. Topics include common beats and how to construct them out of the phrase “boots and cats,” rhymes for orange and other commonly neglected words, and how to devise a solid SoundCloud username. The final project would have been a three minute fully constructed track complete with sound effects not found on GarageBand.

With more than half of students hailing from Wisconsin proper, the general population on campus is informed about the ways of milk. While this is all fine and good, this leaves gaps in knowledge with other types of beverages. It is estimated that 83 percent of UW students do not know what constitutes an Arnold Palmer, with many guessing there is some sort of grape juice in it. This course would have informed students on the different types of beverages available, from distilled water to sparkly water (soda). By the end of the course, students would have been able to confidently describe the differences between Pepsi and Diet Pepsi in writing.